Movies about a hard-edged hitman who just want to leave their lives behind are a dime a dozen. They’re easy to write, with the action built into the premise. They’re easy to produce, with action that promises an audience to see it. They’re easy to make, but they aren’t easy to make well. The usual excuse is that for dumb action flicks, you shouldn’t have to think because that gets in the way. Sometimes the action can make up for a dumb story, but more often than not a dumb story is only going to amplify the stupidity of the action. Or worse, leave an audience apathetic to its outcome. John Wick does neither. John Wick is really good.

John Wick is the story of man whose wife has just died. While mourning, he discovers that she has left him a small beagle puppy so that he doesn’t have to be alone. When some Russian punks see Wick out in the world they don’t think much of him, except that he has a nice muscle car that they’d like to own. Not knowing who or what he is, they break into his home in the middle of the night, beat him up, kill his dog, and take his car. With nothing left to lose, Wick decides to return to his old life as a professional killer in order to take revenge on them and everyone else who gets in his way. 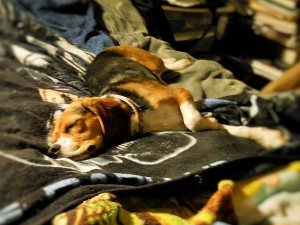 With a story that simple, it’s easy to think this would be another new Stallone/ Schwarzenegger mindless action romp proclaiming loud and proud that you don’t need to think in order to enjoy these kinds of films. In some ways, that’s right. But if you do simple in a smart way, it becomes that much better. If those movies are fast food, McDonalds style burgers, then John Wick is the best quality In-and-Out (Five Guys if you’re on the east coast) burger you could ask for. The kind where you can tell that the burger was thought of with flavor in mind before profit. John Wick is a world carefully crafted and thoroughly explored, leaving the viewer with greater satisfaction and resolve for having seen it than your usual action romp.

The action is well-choreographed, tight, and tense as Keanu Reeves does most of his own stunts. This is a hard-hitting movie, delivering violence both over the top in form as Wick travels from room to room executing bad guys, yet subdued in the no-nonsense style of his skills. While the world of John Wick builds up a sprawling underworld of assassins and criminals who all blend near seamlessly, the methods by which they dispatch their targets work about as close to reality as they can get. Wick doesn’t have a constant stream of bullets, so with the speed he fires he’s frequently ducking back to reload. What he fires is 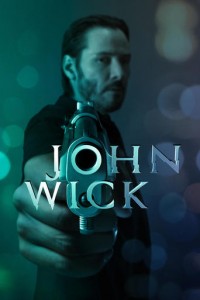 center mass or in the forehead, standing in proper form to withstand the kickback from his gun. Most of his hand to hand skills involve uncomplicated grapples to immediately subdue opponents.

It’s weird but this movie is almost like a dark fairy-tale. The world is completely absurd on its face, but it’s so easy to fall into because of how charming it is and how badly we want Wick to get revenge. The movie does this by allowing the audience to be submerged in the story gradually through visuals, whereas the only exposition delivered tends to revolve around just how much of a badass John Wick was and is. It’s the little things, like the use of gold coins instead of regular money as the preferred mode of payment in the underworld. How casual conversations between characters reveals their history rather than someone leaning in to get a direct explanation. Characters exist as individuals as opposed to tools used to get the story to the action. The best thing about this movie is despite its simplicity, it doesn’t treat its audience like idiots.

This is definitely a movie worth watching if you have the time to. The world within John Wick is fascinating, where second viewings can reveal things you missed the first time, and third viewings still reveal more. Check it out.