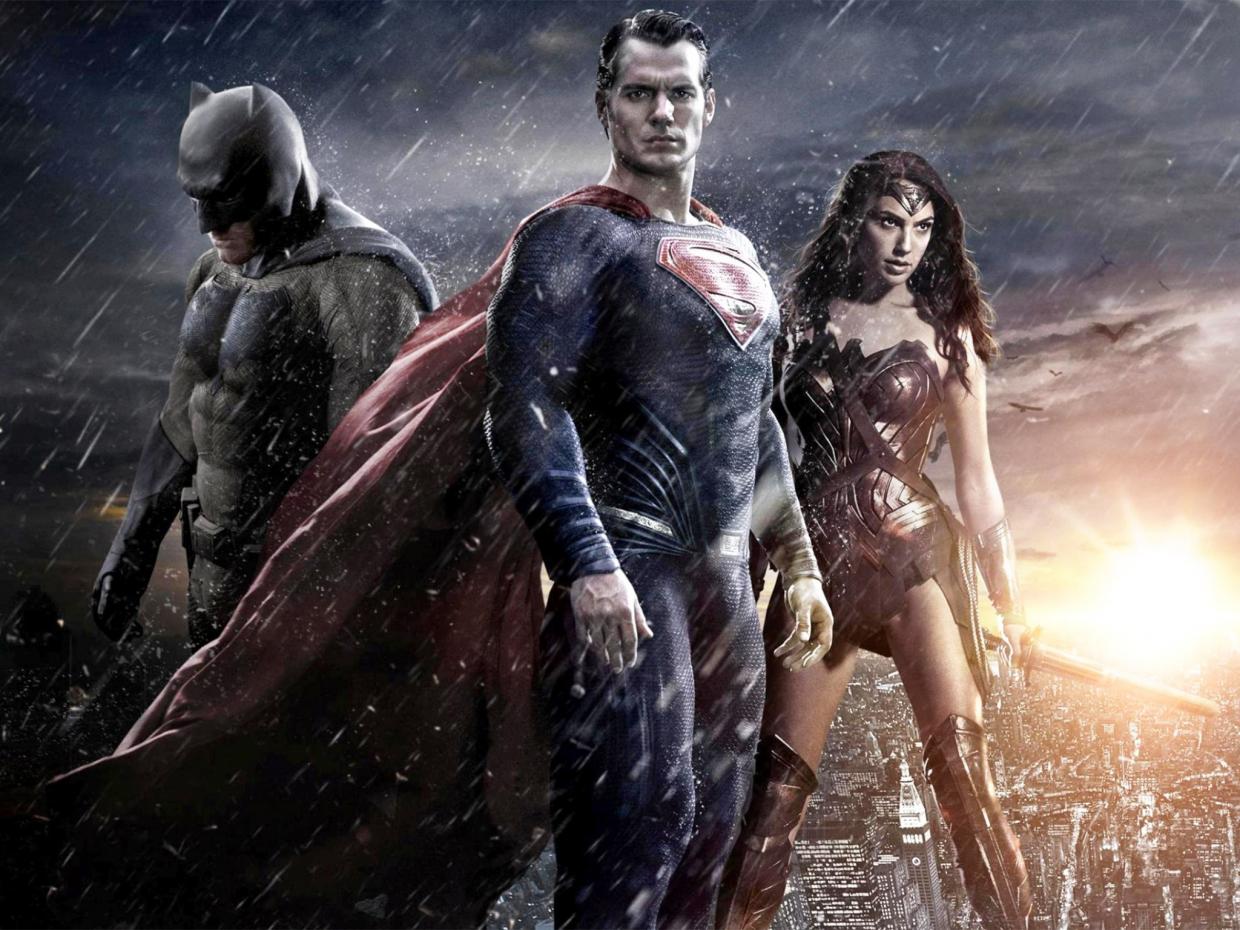 Batman v. Superman: Dawn of Justice, is the follow-up to 2013’s Man of Steel, the movie which dared to ask, “What if Superman 9/11-ed Metropolis?” Now, Superman must contend with a public that questions if he is worthy of their trust, debates over whether he should continue being a hero, and suddenly it seems like there’s more meta-context here than actual plot. Because really, this is going to be the main storyline of the DC cinematic universe (Suicide Squad being relatively tangential and a completely different kind of mess to unwrap) and yet we’ve still got nothing of substance from the film series that purports itself to be the “thinking man’s superhero.”

While BvS claims to have its sights set on deconstructing the myth of the superhero, what it actually deconstructs is the audience that views it. BvS is a cynical, dreary take on what could happen if Superman existed in the real world. People would be divided over whether he could be trusted with the power he wields, whether he was even a hero at all. Superman doesn’t save people in BvS, he only ever cleans up after his own mistakes. In the opening scene, Lois Lane has gone to interview a Warlord, but her photographer is uncovered as a CIA operative. A gun is leveled at his head, the hammer is pulled back, and—Superman doesn’t arrive in time. In the opening scene of a movie about a hero who’s ostensibly the best humanity can be, we are only privy to his shortcomings. If nothing else, it definitely sets the tone, which can only be described as maddening.

We live in an era where being cynical is seen as enlightened. Where focusing on each other’s shortcomings is an effective way to numb ourselves to the inevitable disappointments of high expectations. In some ways, that’s true. It’s only easy to feel optimistic when things are good, which makes it that much more important when things don’t feel like they will be alright. It isn’t naïve or foolhardy, but necessary, especially when it’s easier to fall into a depression spiral from thinking that things can’t get better because they won’t (or vice versa). When 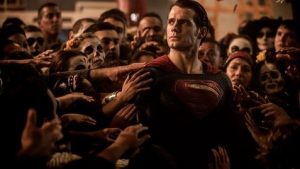 you see a movie like BvS, it’s deconstructing the audience because it’s drawing a hard line in the sand. Superman is one of the greatest symbols of hope, both in his world and ours. And BvS feels it necessary to tell its audience that hope can be a lie. Whether you see it as a necessary lesson or reject it as an unnecessary reason to just feel bad when it’s easy to wallow will be the ultimate success of this movie. In spite of itself, Batman v. Superman can have a lasting emotional impact.

The original Christopher Reeve Superman in 1978 had what some might see today as a rather hokey tagline; “You’ll believe a man can fly.” And by the end of the movie, you don’t just believe a man can fly, you believe that he can be better. The bad guys lost, the good guys won, and it seemed like everything was ready to change for the better. That’s not a realistic ending. Sometimes the bad guys win. Sometimes they thrive. The purpose of escapism in movies is that we get to see an ideal world. For a movie like Superman, that ideal world has to be built on positivity.

I can tell you that the two and a half hour run time is a long slog just waiting, begging, for Superman or Batman to be the heroes we want them to be. That Gal Gadot as Wonder Woman isn’t completely tangential to the plot. That the plot itself is a garbled mess of convoluted steps taken by Jessie Eisenberg’s Lex Luthor to get Batman and Superman to fight each other. That the introduction to the Justice League is taken through a three-minute segue-way into blurry Youtube videos of the other heroes in action. But really, none of that matters. If the themes and characters of the movie are so incompatible, it does not matter what else they try to get it working. 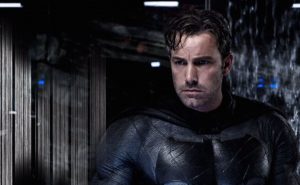 Whether or not you watch Batman v. Superman: Dawn of Justice is up to you. It may seem like after all that I might implore you to resist watching it, but honestly, that’s not the point. It doesn’t solve anything to avoid what might make you feel bad, and you may like it for different reasons than I talked about above. You should go into this movie knowing exactly what to expect and come out knowing exactly how you feel because of it. Do you feel like this is the movie that should define for a generation what our view of Superman is, or would it be better to return to the positive, lighter side that said it was okay to be hopeful in spite of all evidence to the contrary? It’s ironic that a movie that tries to be so introspective about the necessity of superheroes in our world spurs more discussion based on its execution than any of its actual substance.

But Ben Affleck was a good Bruce Wayne. And the Wonder Woman theme is cool. So it has that going for it.