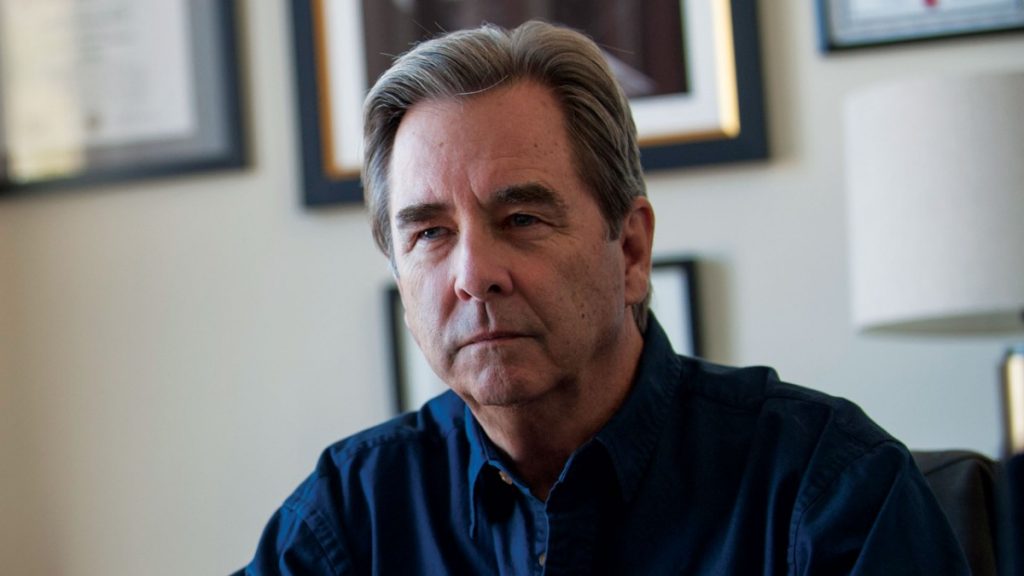 We continue our look at Mosaic we a look at–

When a ball of yarn begins to unravel, it can be tricky to try to put it back to the original form. Just like the murder of Olivia Lake. What was thought (or pressured to be) an open and shut case is not. New information, other leads and shady people have made the mystery around the murder case murky and difficult to place things and people in order. In Summit, Utah, a community that looks too affluent, for the most part, we know that Olivia Lake, famed children’s author and illustrator, has been found dead. Her severed hand was found in the previous episode and by the end of episode four, her body has been found. So many questions, so many suspects and not one clear answer in sight.

Our key people in these two episodes include Joel, Nate, Petra, Frank and Alan. Hey, we haven’t missed Alan Pape have we?  He is a longtime veteran of the police department with big interests 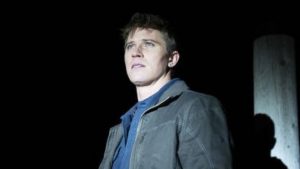 in Summit. It is nice to see good ole beau. Joel is plagued by blackouts, anxiety and an uneasy feeling that something just doesn’t fit. Nate is the police investigator trying to make all the clues fit together, all the while having some severe anxiety and self-esteem issues of his own. He’s having a challenge going back over the past four years, trying to obtain information and desperately trying to make sense of what actually happened to Olivia Lake. His gut feeling told him that they had the wrong suspect four years ago but due to pressure from his commanding superior, Allan he had no choice but to close the case.

Frank is Joel’s friend and former roommate. He also lied for Joel in order to help him out. So, there’s a small chunk of time where Joel’s whereabouts have not been accounted for. Where was he? What was he doing? Could something very bad have taken place? Frank is approached by Nate in order to try and get some information from Joel about that very night. Talk about being placed in an awkward position.

Petra is the daughter of a disgraced con-artist father – and sister of murder suspect Eric Neill. After doing a lot of investigative research of her own and reaching out to Joel, the two of them land back into Summit, Utah. Petra continually digs for clues, pouring over the old case files, trying to find other people who may have any crucial information which could lead to having her brother’s case reopened – but at what cost? Petra and Joel are clearly mistrustful of each other. I don’t blame Joel for not wanting to be back in Summit. After all, there was nothing positive for him there and leaving was the best thing he ever did. Being back in Utah makes him appreciate the fact that he’s moved on but it also brings back a lot of unpleasant memories. He tries to piece together the events of the night of Olivia Lake’s murder and panics when he realizes his drinking has caused severe blackouts and memory lapses. Joel also has a few loose ends of his own he 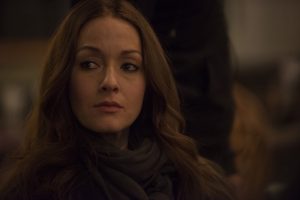 needs to tie up and take care of. One loose end is a brief visit with a woman who he thought he was romantically involved with on the night Olivia died – Tia – but ends up that they did not have any sexual encounters, on account of his being so drunk and passing out. This should be a huge relief for Joel – however after taking a call from Petra (where you can see that she’s been following him the whole time) – he lies about what he was up to and mentions the name Ilsa from Finland. Why lie, Joel? Why make things more complicated than they already are?

Petra and Nate are in continual contact with each other, regarding case notes, other people who were with Joel the night of the murder, other party guests, former neighbors, etc. While anyone can appreciate just how determined Petra is in trying to get new information that could potentially set her brother free, she’s also causing a great deal of stress for Joel. At other times, she doesn’t know when to back off and that could put her in danger. And she herself is not being totally honest with Joel about why they are in Summit. And you wonder why people have trust issues.

When the corpse of Olivia Lake is found, other pieces of evidence are found – including a piece of plastic and an old, bleach soaked t-shirt. Her autopsy report shows that she had suffered several blows, possible fractures and possible choking. Nate suspects there’s a lot of stuff being covered up and he wants to get to the bottom of it – but that itself is a huge challenge when you don’t have a lot of evidence to go on. Suspicion and gut feeling is one thing; cold hard facts and proof are quite another. We want to get to the bottom of this also. 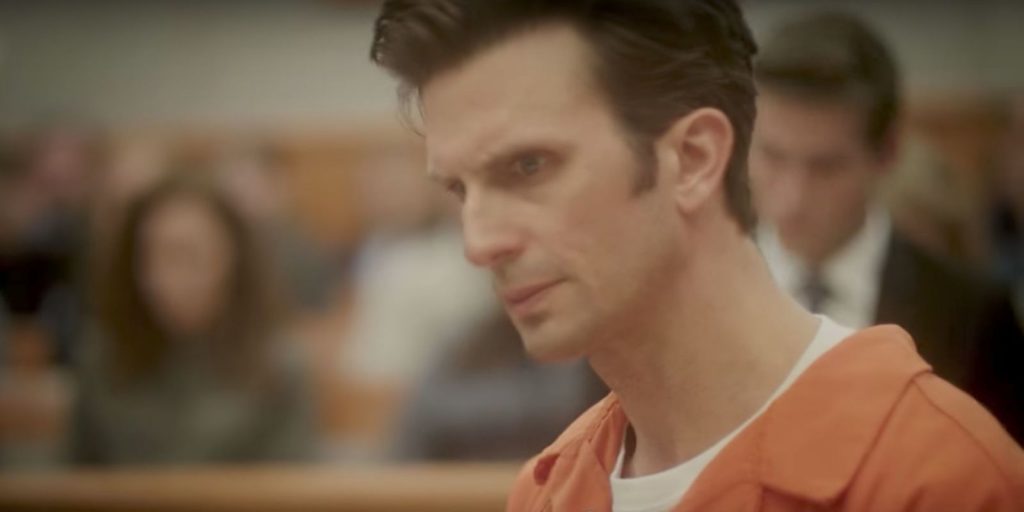 We getting close to a conclusion here. Petra and Eric have a series of conversations and she continues to dig deeper into finding out about her brother, his shady contacts and exactly how he met Olivia. It’s difficult when your brother is in jail – even though he did not confess to the crime – he took a reduced plea and jail time – and Petra at times, feels the desperation and frustration of having to do a lot of the leg work with little to no resources. Especially when the information that you have to work with isn’t complete, or you’re given false names or have to rely on other people to get you names and phone numbers. And in the span of four years, a lot of things can change. Not to mention the lawyer who represented her brother wasn’t the sharpest tool in the shed.

Nate has a few roadblocks of his own to contend with – including his former boss Alan, who implies that Nate’s job could be in jeopardy – and a nasty district attorney who will not cooperate 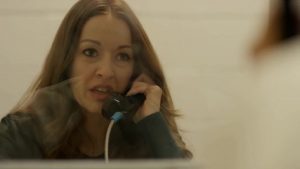 with Nate and refuses to sign a subpoena. Alan is no longer on the force but seems to be doing pretty well; after all, he has a couple of companies and a swanky office. Nate suspects irregularities with the way Alan has gotten his companies but cannot prove anything as of yet. Nate overcomes another anxiety attack while sitting in his car, having his wife talk him through his anxiety and anger. And you thought you were having a bad day.

Tom Wilson – a man who represents the citizens of the swanky area where Olivia used to live – is more or less in cahoots with Alan – and Tom gives me the creeps. In lieu of this new evidence that has come to light – Joel begins to panic. That t-shirt that was found on the property belonged to him. The small piece of plastic? It was chipped or cut off of a windshield ice scraper. With Joel’s blackouts and panic attacks, he feels like someone is trying to frame him. Who is really behind Olivia’s murder? Why do they want to lay the blame at Joel’s feet? Who’s not telling the truth? Who’s covering up for someone else? Viewers see Joel in his car, screaming in anguish, talking to himself, looking panicked and paranoid. What private hell is this man going through? Can you imagine the sheer terror at not being able to remember exactly where you were on the night of a party, especially when the person who got murdered was a high profile member of the community and you loved on her property?

Nate places a call to Joel’s wife Laura, pleading for her to fly into Summit. Talk about raising the alarm. Laura is upset, confused and apprehensive. This scene is left vague…as you see Laura scantily clad, pouring a drink and speaking with a man, who obviously isn’t Joel. We’re left to our own opinion here, as to whether or not Laura is having an affair. Wait, what?!

Nate cuts all contact with Petra Neill. Information to the media about the other two pieces of evidence has been leaked. A mysterious man named Casey Delacroix – who is a supposed former business partner of Eric Neill – is also speaking to the media, divulging details about previous business dealings. Looks like someone out there in Summit is desperate to keep Eric in jail, where 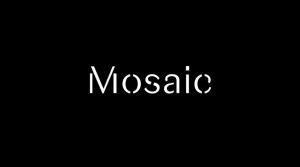 he can’t do any more harm…

Surprisingly enough, Alan and Olivia were an item, many years ago…and you can’t help but wonder, could he be a suspect? What isn’t Alan telling us?

Nate has a very frank talk with Joel about the evidence that has been found, people’s input, and what Joel’s next step should be. Laura arrives in Summit and Joel finds her in the hotel room. After having a difficult discussion, Joel determines that he knows what needs to be done. And something’s gotta give. And I don’t think anyone would envy Joel right about now.

Well, if something is truly going to give it only has one more episode to do it in.