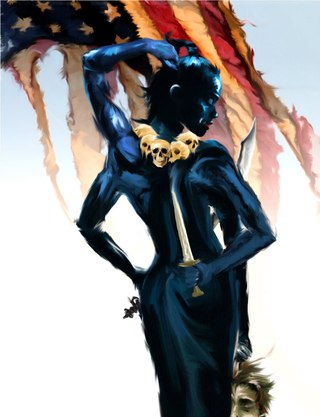 All has been quiet on the American Gods front for some time now. HBO itself has not commented on the series at all while Neil Gaiman has periodically given updates on the script. From what we can tell the project is still moving forward and Gaiman has been working hard on getting the script right for the premium cable network we all love.

The latest comes from the Cambridge International Student Film Festival last month where Neil took control of the festival’s official Twitter account to dish out a few details about the upcoming series:

-The premiere episode of American Gods will be a lot like the opening chapters of the book, but will also contain new elements and details.

-The first two seasons of the show will consist of the book. By then Gaiman hopes to have the American Gods sequel novel written and headed for release.

-American Gods will debut this year if Gaiman can get the pilot script done in time to HBO’s satisfaction.

So there you have it, American Gods readers! Despite the lack of official communication on HBO’s end we think it’s almost safe to say that this project will happen.. eventually.  Again, nothing is official but we can’t help but report on things that the author is saying about a potential HBO series, can we?

We’ll relay any information we get when we have it