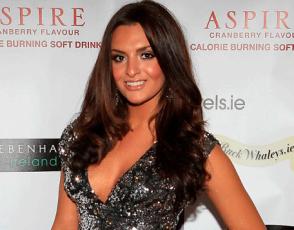 The 21 year old told the Herald: “I was aware that the scene was slightly raunchy, but I thought it wasn’t a sex scene and they said they would give me skin patches for my breasts. But when I got there they wanted me to be fully topless and in the scene I had to strip off. So I pulled out at the last minute.”

“The whole experience was surreal. But I was in a totally different environment than what I’m used to. I would love to get into acting but right now I’m not focused on it.  So I’m glad the producers of Game of Thrones did contact me for the role, because now I know I have the face for TV,” she said.

Readers of George RR Martin’s series already know the role sex plays in the world of Westeros.  Perhaps she should have grabbed a copy of Game of Thrones, watched season one, HBO in general or took a moment to read the script before signing on.  Game of Thrones Season 2 is currently filming and premieres Spring of 2012.  Sex scenes in Game of Thrones were a dime a dozen and no one expects that to change for season 2; particularly those of us who’ve read the novels.