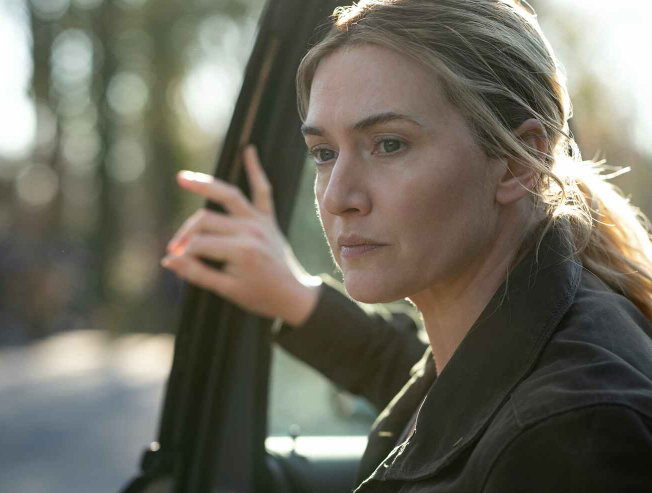 We’ve come to the end and what an end it was. You always have to ask yourself when a show supposedly nabs the person who did it in the first five minutes of the episode, what can we expect to happen next? Because good television doesn’t give you the killer’s head and then fill with fluff for 50 more minutes. So we had to know with the Billy (Robbie Tann) and John (Joe Tippitt) face-off moments that more was going to occur.

Honestly, John seems like a pretty awful human being; cheating on his wife more than once, getting his brother to help him cover up a crime but then pin the crime on him? Billy Ross deserves a better brother and Lori (Julianne Nicholson) certainly deserves a better husband. John asks her to raise DJ and she agrees. DJ gets his very important ear surgery but you can tell how tapped out she is emotionally. How would you feel about raising your husband’s secret child from incest? I mean, I feel for her because she’s getting a real sh*t end of the deal here. But we do get to see a very touching moment with Dylan (Jack Mulhern) because he really does love that little boy and wanted his parents to get to keep him. I have to admit for a moment in the hospital earlier in the season I was worried.  But even when you come to find out you aren’t someone’s father, that doesn’t erase the moments and memories you’ve had together. I hope that Dylan and his family got to stay in DJ’s life because they clearly loved him very much, despite everything we ended up finding out. In fact, I kinda thought they were going to come back around and have Dylan be the murderer. His time unaccounted for that night is hard to ignore and I figured the journal burning might have been covering his tracks. Sadly, I was wrong and Stephen King was right and more on that in a minute. 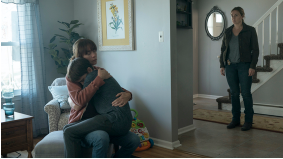 Father Mark (James McArdle) is free to go with John in custody, but I’m still suspicious. In this case, he clearly had nothing to do with Erin’s (Cailee Spaeny) death BUT we can’t forget why he left his previous parish. This show does a fantastic job showing how violence against women can be overcome but the reality is it will never end.  Katie Bailey (Caitlin Houlahan) gets a fresh start with help from the community after a year of hell and I think that’s when I cried the hardest.  Because so many of us don’t get fresh starts or supporting communities around us. You’re told you deserved what happened to you. You’re told you drove him to do it. You used drugs and alcohol so you should have known something would happen to you. Too many women every day get told to deal with the violence and move on, so seeing a case where a survivor clearly wins was quite rewarding. 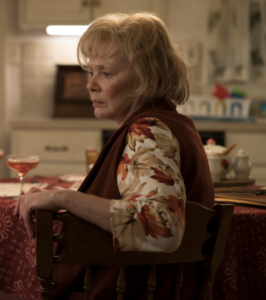 Jean Smart shines in the episode as Mare’s mother Helen in a few different scenes. Her physical chair fall had me in stitches because that felt really unscripted to me for some reason. Like she had expected to be able to reach over and push the button but it ended up being further away or something. Such a master class in acting in this show, but I especially liked the dinner scene. Just a massively huge shout-out to parents who master the blended families thing. Frank (David Denman) holds no ill will to Mare over their marriage or her trying to do her job. Faye (Kate Arrington) has gotten the space she needed with everything and they are back to finishing wedding plans and everyone is happily chatting away at dinner. My parents didn’t stay best friends when their relationship ended, but I always appreciated that they would never speak badly about each other in front of me. For whatever they felt about each other, I only ever saw respect from both of them towards each other and that’s how it should be. But it’s during this scene in particular where Helen tells Mare (Kate Winslet) she was an angry mom and it wasn’t fair but she did her best and she forgave herself a long time ago.  And she wants that for Marianne too. To forgive herself for Kevin’s (Cody Kostro) death because it wasn’t her fault. Don’t mind me, all the tears over here.

But it’s also at the birthday party that little things start tickling at Mare’s brain. Lori said John had been cheating with the same woman, but after a snide comment from Mare, she admits she didn’t. Hmm, so what else could Lori be lying about? Turns out quite a f*cking lot. I have to give the master of mystery writing credit for figuring out who did it. Stephen King knew exactly who killed Erin and the way the whole thing unfolded is one, a massive credit to the acting talent of one Kate Winslet and two, it’s just so freaking good. It’s a slow burn. The little revelations lay out the truth and there’s no more powerful moment than Kate Winslet walking slowly towards the basketball court and meeting eyes with Ryan Ross (Cameron Mann). No words, no movement, just eye contact and the shared knowledge of what he did. But then add a voice crack on the radio call and please, just give her an Emmy. Jean Smart needs one too, though probably more so for Hacks. We’re in the ‘Jeanaissance’ and it must be duly rewarded.

In the end, Mare’s life reaches a satisfying conclusion. Shiv (Angourie Rice) is off to Berkeley. Mare gets to keep Drew (Izzy King) in her custody after Carrie (Sosie Bacon) admits to using again. Addiction is hard and it is a process. The fact that she could recognize where she was and that she wasn’t a safe place for her son yet is HUGE. That’s massive accountability for anyone to take for themselves but especially an addict and I have so much respect for the arc they provided for 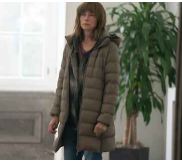 Carrie. Richard (Guy Pearce) accompanies Mare to Frank and Faye’s wedding and she’s content. It’s a shame he’s leaving but that’s why we can’t have nice things. As a woman sometimes you just have to acknowledge you don’t get the full pretty picture. You can’t have all the nice things, you only get some. You can’t have a clean house, a happy relationship, and a great job, something’s gotta give.  So her case is solved and her family is happy but no more sex. Sorry! But her friendship is not gone and I think many women felt the weight of Lori sinking into Mare’s arms knowing even if you hated them for a time, your friends are the ones who end up picking you back off the ground when the rest of the sh*t falls apart. But the biggest breath for Mare is having the courage to walk into that attic and forgive herself and what a powerful way to end the show.

No confirmation has been given on a second season. Winslet sounds open to returning to the role but I’m conflicted. On its own, much like the season of Watchmen here on HBO, this is perfectly self-contained. The storylines are tied up and finished well. The arcs had satisfying conclusions and if a second season happened, what would that do to those endings? In my opinion, it would have to be a completely new case and not connect to any of the original characters. Don’t get me wrong, I’ll watch Kate Winslet play this character as long as she wants to but for it to be a good follow-up it needs to stand far away from what we’ve already seen this season. We’ll keep our ears to the ground and let you know if anything should be announced, but I for one am perfectly happy if it stays a limited series. Would you want a second season? Did you figure out who did it?  Does Kate deserve the Emmy? Silly me asking silly questions. That answer is obviously yes. 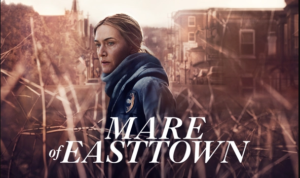