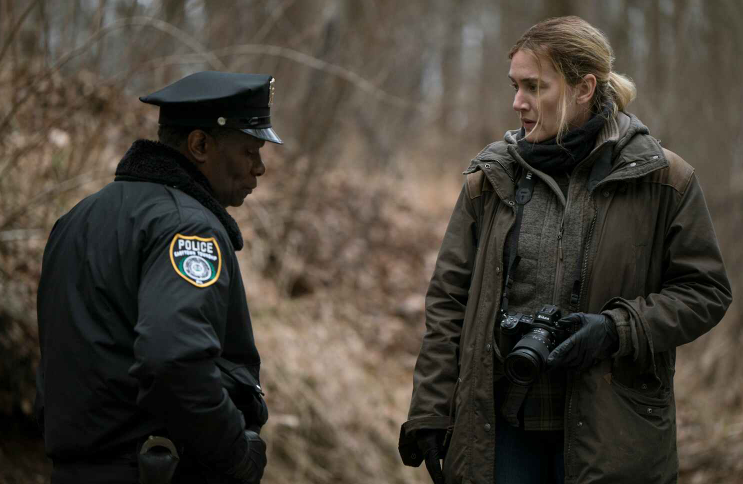 Quite a good title for this episode, as we begin the search for who killed Erin McMenamin (Cailee Spaeny).  What we’re greeted with immediately is the small town, sports community vibe.  Everyone knows everyone else’s business. Mare (Kate Winslet) is the epitome of this as a small-town girl who made a basketball shot years ago. And that’s how she’s still defined by the community. Ms. Lady Hawk Herself is pretty sick of the association, but it’s better than the association with a missing girl with no news for a year. The community is angry. They want answers. And I see it from both sides. The incredibly possible reality from Mare’s perspective is that this girl with a known association with drugs is probably just gone and will never be found. When you get into the world of drugs, it’s easy to spiral out and never be found again if you don’t try and see people. At the same time, it is unbelievably hard for someone to just drop off the face of the planet, without some notion of where they’ve gone. In any case, Mare has a lot of pressure riding on her to solve anything these days.

She goes to notify Erin’s father Kenny (Patrick Murney, pictured) and we got the sense already from his previous interactions that he’s a pretty angry guy. Well, this will probably be a tipping point. He’s convinced Dylan (Jack Mulhern) did it. Erin’s ex-boyfriend and father of her child, he certainly seems like a good place to start. Not to mention, his new girlfriend Brianna (Mackenzie Lansing) is a bit of a piece of work. She catfishes Erin into the woods and luckily doesn’t get many 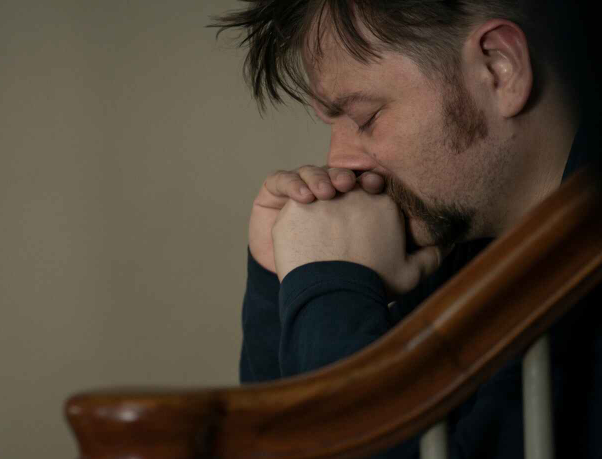 hits in, but the video gets posted online. Evan Peters arrives as a county detective to assist with the old case as well as the new one, so he jumps in helping.  A clean-cut looks pretty good on Peters if I do say so myself. When Mare goes to arrest Brianna during waitressing work, he cautions her to be gentle. And Mare’s response is when I legit clapped for like two minutes. “She posted that video online, she wants an audience. Now she’ll get one.” Or however such a way as it was phrased, I was sold on being behind Mare. Because she’s right. Brianna recorded her confrontation with Erin and posted it online. She wanted views. She wanted people to watch her beat up someone who used to date her boyfriend and then ONE TIME sent him a “remember when” message. If you’re that insecure in your relationship Bri, maybe don’t be in one. Teen boys seem notoriously sketch to me, though not as sketch as all the old white men in this show. Teens did it?  Eh, I can count 4 older male characters I distrust more.

Unfortunately, Brianna’s father is not as pleased and begins harassing Mare. She handles it pretty well, all things considered. She gets support at an inconvenient time from an unlikely source but seems fairly nonplussed when a gallon of milk goes through her window. She gets that he’s angry. She gets that it’s his baby girl. But she also essentially lured a girl out into the woods to beat the sh*t out of her so your daughter needs some 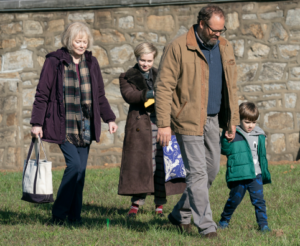 emotional help clearly. She even throws Mare’s suicidal son in her face. Wow, low blow but also not surprising. Teenagers suck sometimes. Mare takes in stride, but damn. She’s juggling raising her grandson Drew (Izzy King) because his father killed himself and his mom did drugs. Her grandson is starting to show ticks like her son did before everything went south so that’s panic-inducing seeing your grandson start going through the same things. She’s working on a fresh case of the dead girl and trying to solve an old case of a missing girl. Her family judges her pretty harshly IMHO for stuff. Her ex Frank (David Denman) lives right behind her. And that’s gotta be the worst part, right?  Clearly, your marriage fell apart and now he’s with someone else, but to live just next door?  Ugh, poor Mare. She gets a shot with Richard (Guy Pearce) when he invites her to a book event but then spends the whole evening talking to other women. Yeah, he’s not getting sex tonight.

And as the episode winds down, Erin’s father goes further off the deep end. He goes to see Dylan and they drive off into the woods. But it’s the revelation that Dylan isn’t Erin’s baby daddy that throws a wrench in things. Kenny, this isn’t gonna look good for you. And yet somehow, it looks even worse for Frank. DUM DUM DUM. Utterly entranced by this show so far. We get the crime-solving vibe we saw in The Undoing with also a pretty stacked cast here in Easttown. Kate Winslet is one of those actresses I’d watch read the Dictionary so anything with her is essential viewing in my house. And essentially, I’m hooked. Are you? 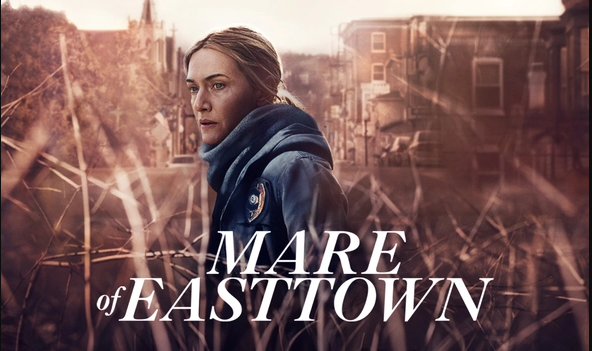