This week’s Mare of Easttown provided us with a surprising number of potential suspects in the Erin McMeninmen murder, effortlessly putting the audience in the same position as Mare who is struggling to find anything to link anyone to her murder. Although, her investigation has really only just begun. 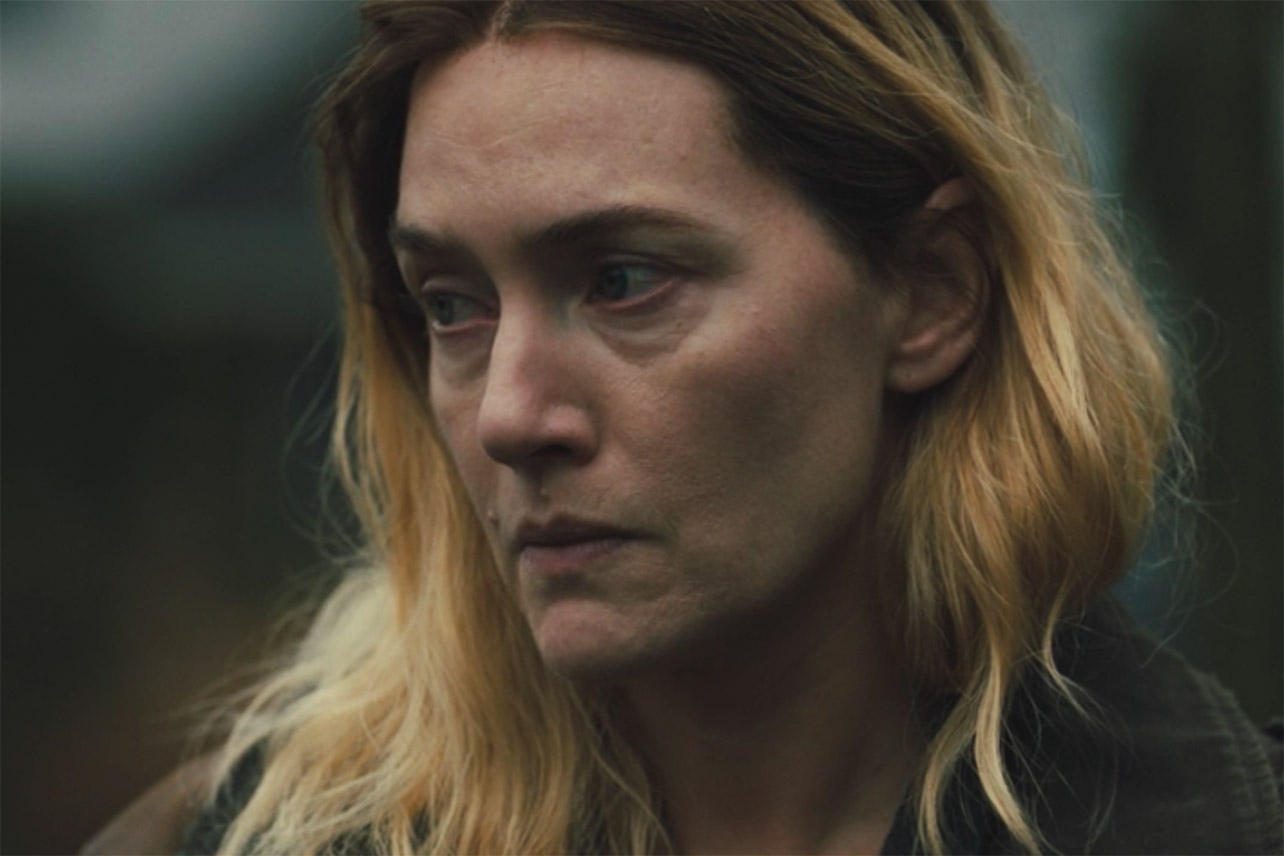 So, who are our potential suspects? Firstly, we have Frank Sheehan; ex-husband of Mare and a math teacher at Erin’s school. Apparently, according to Erin’s best friend, Frank is the actual father of Erin’s baby. Mare wastes no time at all in confronting Frank about this allegation – that’s the great thing about Mare, she’s very straight up. Frank admits to having a friendship with Erin that perhaps in the eyes of some was inappropriate as he helped her out when the baby was first born. The only thing we have heard regarding this allegation, however, is that someone saw Frank carrying formula and nappies into Erin’s house. There is nothing in that action alone that necessarily leads to anything sexual between them unless there is more to the story. The paternity test will be interesting, although I suspect it will either come back inconclusive or negative. This feels like a dead end.

Next, we have Dylan, Erin’s ex and the current father of her baby. While he is clearly a troubled kid, he doesn’t seem to be the most likely suspect. He doesn’t really seem to enjoy fatherhood so why would he kill the mother? Despite the bad blood between them now, they were once very close. We don’t know the circumstances around their break-up but murder seems a stretch.

However, Erin’s father, Kenny clearly has some anger issues. While he is doing a remarkable job at portraying the heartbroken father now, it feels like there is more to his grief. He didn’t seem particularly close to Erin in episode one, nor her son. In fact, he almost seems to despise her and was aggressive towards her. But now he is hell-bent on getting revenge, even shooting Dylan in the back after quickly pointing the finger that he was to blame for her murder. This knee-jerk reaction seems suspicious, he is definitely hiding something.

Next, a new character – Deacon Mark – is introduced although this feels too easy. A corrupt priest? We’ve been there before. That doesn’t mean his behaviour isn’t suspect. His relationship with Erin was perhaps borderline inappropriate as he was the person she called after her confrontation with Brianna, very late at night. Why would she go to him? Why not her best friend? He claims that he was a sort of confidant of hers and when Mare looks into his cell phone records, she doesn’t find anything too suspicious. So he’s off the hook? Not quite, as right at the end we see him chuck Erin’s missing bike into the river. He definitely has a role to play here but is he the murderer? 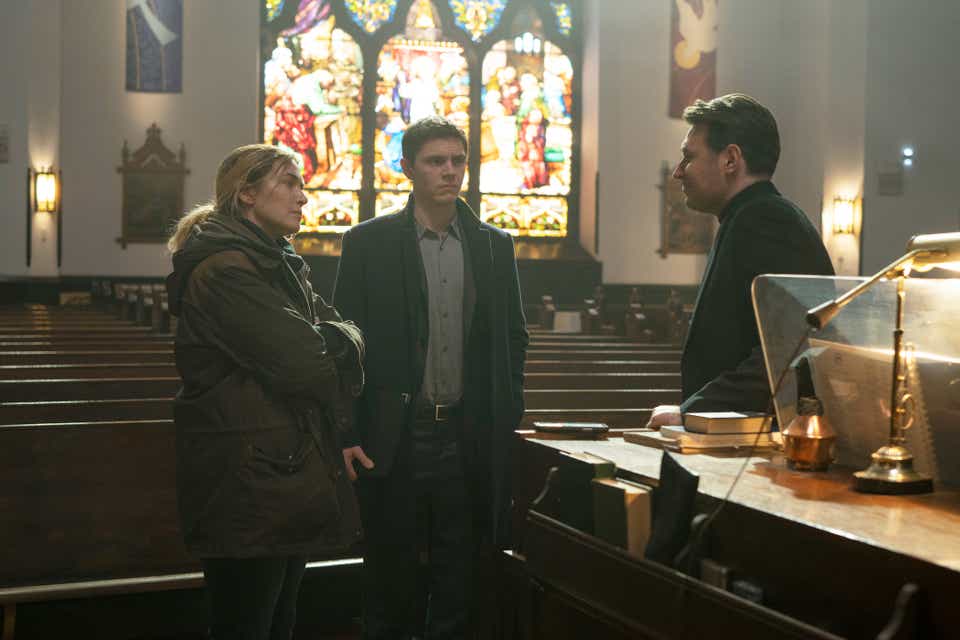 Finally, the only other character who is piquing suspicion here is Colin (Evan Peters), the county Detective sent to help with the case. For someone who apparently solved a very high-profile missing persons/murder case, he sure is quite incompetent. Even when Mare asks him in the bar how he solved it, the answer is long and convoluted but lacking in any specific detail. He could have quite easily made it all up. There is something about him that feels very off. 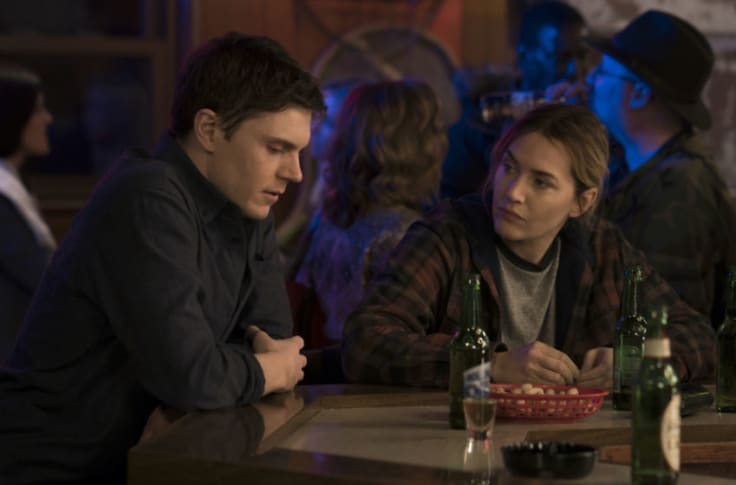 Lest we forget that Brianna herself was jealous of Erin, so much so she beat her up in the woods and Faye, Frank’s new fiancé could also be a suspect having perhaps discovered their affair and wanting Erin out of the picture? This lovely, sweet young mother managed to make herself a number of unfortunate enemies.

Even Mare herself is an untrustworthy person. Strangely, despite having dedicated her entire career to helping people in the town, those who are closest to her seem to really dislike her. Her daughter Siobhan almost seems to blame her for the death of her brother. She shows very little compassion despite everything she has gone through. Siobhan, who is making a documentary for school about her brother, tells Mare how much he hated her. However, her memories of him are smiling and happy. One can only assume that Patrick’s death has caused a huge rift in their relationship unless there is more to it than that. However, this week’s episode showed us a different side to Mare – a malicious side. Drew’s real mother wants her son back now she has finished her rehabilitation programme and Mare doesn’t want to give him up. Undoubtedly the main reason for this is because she thinks she is an unfit mother, but also he is the only link she has to her own son who took his life a couple of years previous. However, in an act of desperation, knowing that the courts will favour the child’s real mother over his paternal grandmother she raids evidence boxes for two bags of heroin which she plants in Carrie’s car. Unfortunately for Mare, her hasty actions did not go unnoticed by her chief. 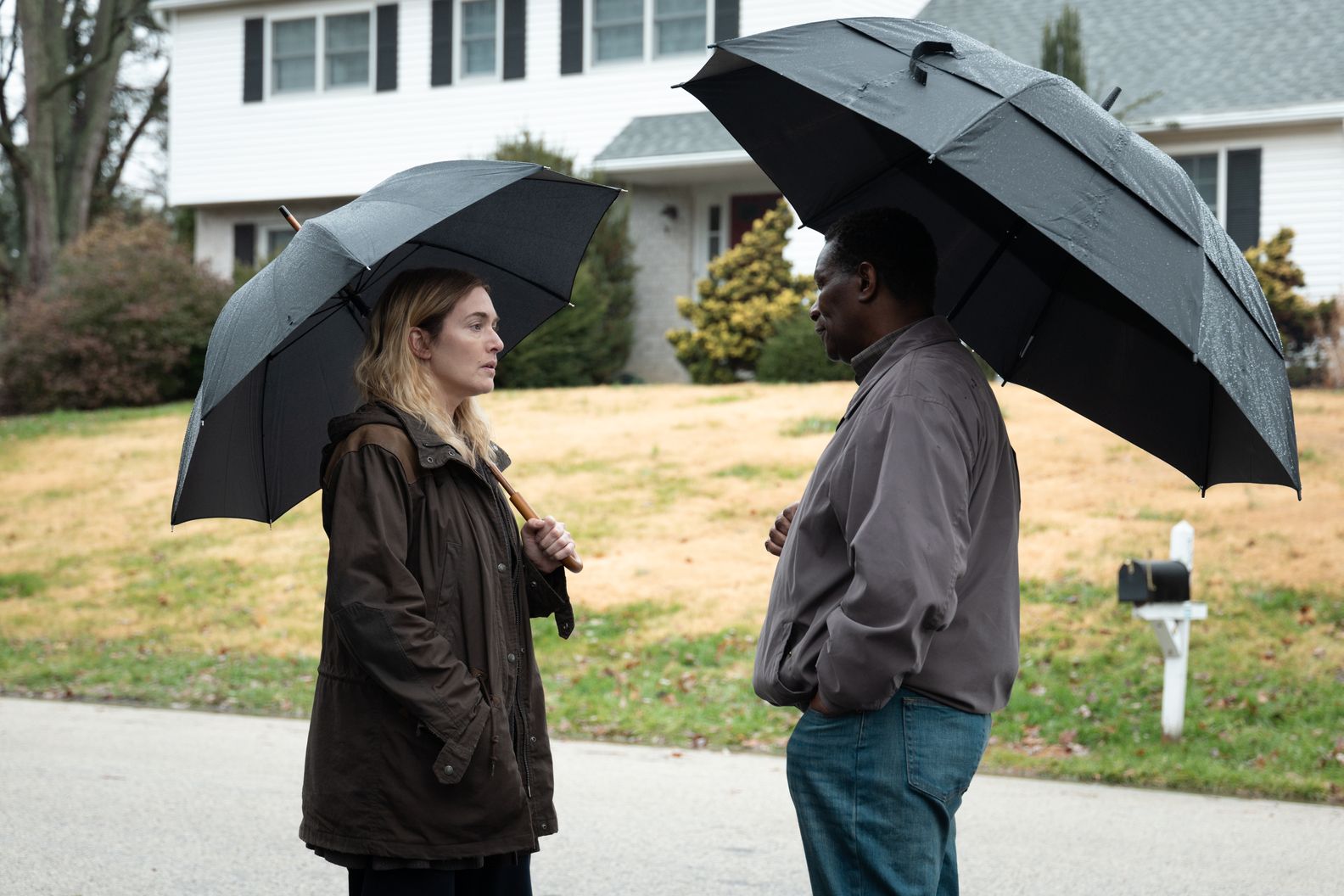 Mare of Easttown continues to pick at some scabs. Not only are many of our centra characters dealing with some form of grief, but they are also all stuck in a small town where secrets don’t remain secret for long. Mare’s complex character arc at the centre of it all is the driving force behind everything else, and while her actions may be perceived as those of someone who doesn’t really care, Mare really, really does care. Also, what on earth is Guy Pearce’s role in all of this? Richard the writer has appeared on a couple of occasions as a romantic interest for Mare but there is no other purpose to his presence at the moment. Is he the key to this whole thing? Or is he the murderer? As the episodes roll on, the storyline becomes more tangled and we can only hope for answers.

Here is a look at the weeks ahead.