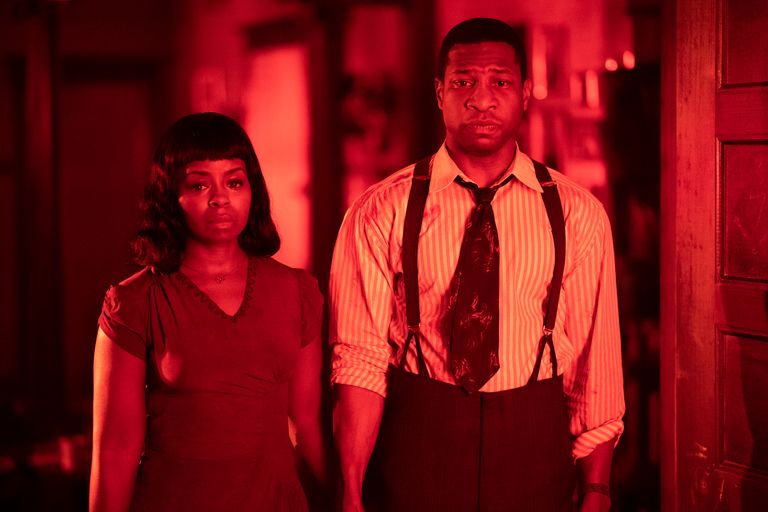 As with HBO’s 2019 hit series Watchmen, Lovecraft Country’s future as a premium cable series remains uncertain.  Lovecraft Country has received audience and critical acclaim, with solid viewership numbers.  Yet, HBO sets such high standards that the premium cabler will not churn out subsequent seasons (I know, I know, GoT ‘s latter seasons were questionable) without a true vision that syncs with the showrunners fully onboard.  “Full Circle” is an appropriate name; the finale to this superb fantasy series will leave viewers satisfied yet dumbfounded about Lovecraft Country’s future.   I will do my best to avoid spoilers, for this is either one of the greatest recent finales, or the axiom to further superb storytelling.

“Full Circle’” opens with Atticus and Leti visiting 1922 Tulsa to procure a spell to rid Diane of the Jig-a-bobo curse. They are partially successful as most of the affects are reversed with the exception of the necrosis in Diane’s left arm.  Diane’s science and engineering inclined mother constructs a powerful pneumatic arm, an artificial appendage that not only alleviates Diane’s handicap but is used to dispatch an evil entity.  The use of science and fantasy in this period piece is very engaging.  Lovecraft Country entices viewers to remember and not repeat the past while giving “Wizard of Oz” vibes, albeit significantly darker.

Atticus makes amends with Ji-Ah, telling his former lover that what they had in South Korea was real.  Atticus was quite verbally hostile to Ji-Ah in the penultimate episode.  Lovecraft Country does not shy away from presenting flawed characters.  Having our protagonist(s) display imperfections creates an immersive experience that beckons further discussion amongst viewers.  Ji-Ah’s presence is crucial, for her paranormal powers are instrumental in the climactic scene.

Christina, whom as many have predicted, has come full circle as the primary antagonist. Christina genuinely loves Ruby, yet her quest for mortality and her family’s proclivity for exploiting marginalized persons is more important to her.  And when Ruby’s gambit to warn Atticus and company of Christina’s true intentions is exposed, let’s declare that the old saying “love conquers all” couldn’t be further from reality.  Christina told Atticus that the need for his blood was not personal, but rather by chance.  Christina, despite putting herself through Emmitt Till’s demise, still fails to recognize the years of oppression against African Americans.  Instead of seeking immortality, she could have worked with her lover Ruby to craft spells to combat a common evil:  Intolerance.  Christina has experienced bigotry from her own family, and she should have empathized with our protagonists.  Her zealous attitude ultimately leads to her undoing, and an opportunity to amend social wounds from previous generations of racial fighting is squandered.

The climactic scene is a stellar showcase of acting, directing, and editing.   The culmination of all this season’s events reaches an apex.   The outcome is bittersweet for sacrifices were made for the greater good of Atticus’s family and the world.  As this series progressed it deviated from the source material, managing at times to be more complex than the novel.   If a second series is greenlit, we can expect the showrunners to take us to new locations and time periods for the main story arc.

What are your thoughts on “Lovecraft Country”?  Is a second season warranted?  Please comment below.