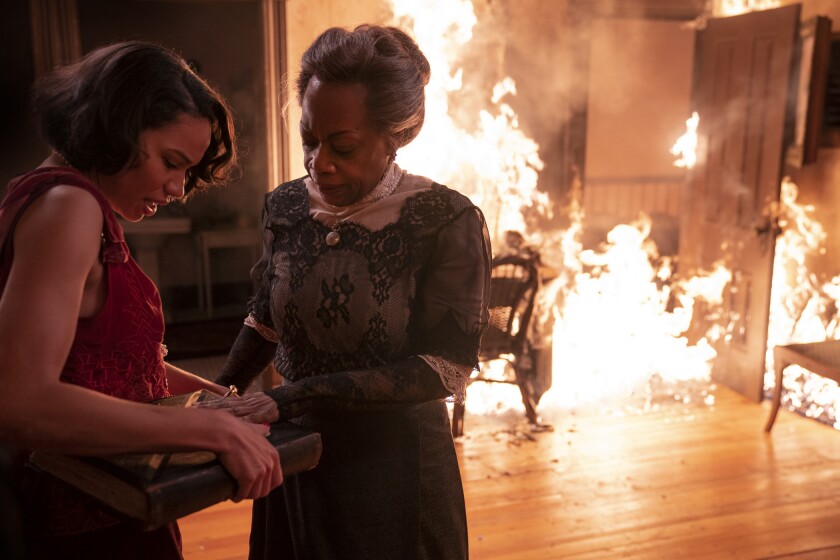 For its penultimate episode, Lovecraft Country focuses on the effects and repercussions of generational trauma, both personal and societal.

When we last left these characters, Dee was overtaken by a curse. It is devouring her body and will kill her. With Christina’s help, Dee’s family is able to reverse the curse by 24 hours, giving them a day to find a solution. The solution will require great magic, and said magic will require the long-lost Book of Names. The last time the book was seen, it was held by Tic’s maternal family in Tulsa. Tic’s mother was one of the few survivors of the Tulsa Race Massacre of 1921. As this was the last place and time with a confirmed sighting of The Book of Names, Tic, Leti and Montrose will need to revisit this dangerous moment in history in an effort to save Dee. Luckily, Hippolyta returns, and she has the brains to restore the portal into the past, as well as the power to sustain it.

When they reach 1921, the trio gets separated after viewing a particularly harsh beating of a teenage Montrose at the hands of his father. Clearly, the abuse the Montrose visited upon his son was learned at the hands of his own father. The senior Freeman clearly detected his son’s sexual orientation and tried to beat it out of him, compounding the ever-present fear felt by Montrose: not only was he a black boy, expendable in the eyes of white society; he wasn’t even safe inside his own home. 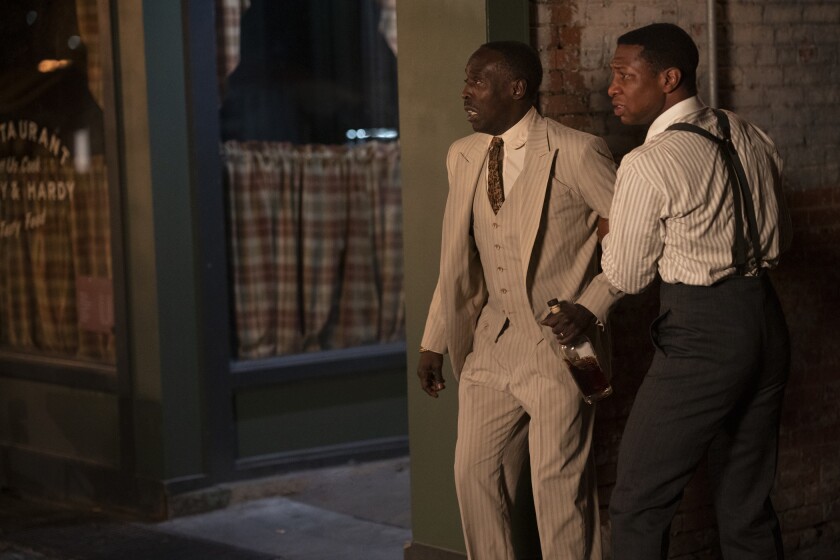 Meanwhile, Tic is coming to terms with Montrose’s latest revelation: the fact that Tic was probably fathered by George. His reaction is rage, not just due to the deception at play throughout his whole life, but fury at the fact that he has learned AFTER George’s death that the man whom he always wished for as a father WAS his father, that he withstood horrendous abuse at the hands of a man who was not his father, at all. Now that he sees how Montrose was treated as a child, how will this affect Tic? On the one hand, abused children often become abusive adults. On the other, many abused children CHOOSE to stop the cycle of abuse. How much of a choice did Montrose have in becoming the man he is? How will Tic treat his own kids? One thing can be said in Montrose’s defense: he chose to be Tic’s father; he would give his life for a child that he has always known is not his own.

Meanwhile, Leti is confronted by a group of racists who are out to hunt black people in Tulsa. She is taken in by Tic’s family. We know before the episode begins that many people in town will die this night, and that Tic’s maternal family is among them. Tic’s mother Dora is saved (by a time-traveling Tic, no less) due to the fact that she is out with George, trying to rescue Montrose from another violent group. The rest of the family presumably dies as their house burns to the ground. As Leti waits inside the house, she knows how history will play out, and she reveals her identity to Tic’s great grandmother, and asks her to give her the Book of Names. Recognizing that she will not survive this night, Nana Hattie (the great Regina Taylor) gives the book to Leti, putting into words the sentiment that has guided victims of oppression for centuries:

“When my great, great-grandson is born, he will be my faith turned flesh.”

And this, right here, is the miracle of it: in the midst of loss, in the midst of tragedy, in the midst of massacre, there are survivors, and they are a miracle. When people refer to black oppression, they look to slavery as a one-time monolithic event. Slavery was a series of rapes, a series of murders, a series of kidnappings, a series of mutilations, a series of humiliations, carried out time and again over centuries. When slavery was over, there was Jim Crow, there were lynchings, there were massacres, there is racial profiling, there are unequal sentencing practices, there is mass incarceration, which has locked up more black people than the number of enslaved men and women in 1850, there is racial discrimination in financial lending, there are racist zoning policies. The targeted abuse, harassment, and murder of black people has happened throughout this nation’s history, and the fact that any of them have survived, thrived, created, innovated, EXISTED, is an act of rebellion. Each person is the result of the struggles of their ancestors, and Nana Hattie is determined that hers will have a fighting chance. In return, Leti holds her hand while Hattie burns, a victim, but a defiant one.

As Tulsa burns, Montrose remembers the men, women, and children who were there (real historical figures): Dr. Jackson, a distinguished black doctor killed that night; Ruth and Merrill Phelps, a white couple that hid black folks in their home; Horace “Peg Leg” Taylor, a WWI veteran who defended Tulsa residents with his gun (he survived). In my opinion, this was the single best use of a historical event in the season, highlighting the aggregate pain that each generation has endured, and how this pain and resilience is passed on to future generations. It is a meticulous juxtaposition of the intimate legacies and the broader cultural ones that we inherit. As the sequence unfolds, we hear Sonia Sanchez’ poem “Catch the Fire.” This is just the latest in a series of sublime moments of spoken words played during critical moments in each episode. One of the under-discussed aspects of Lovecraft Country is its excellent use of speeches and poetry by black artists and activists.

Eventually, Leti, Tic, and Montrose return back to their time through the portal. Will the Book of Names be enough to save Dee? Will Tic have to pay with his life for Christina’s help? We will find out in next week’s finale.

To learn more about the Tulsa Massacre, check out the Black Wall Street 1921 Podcast.