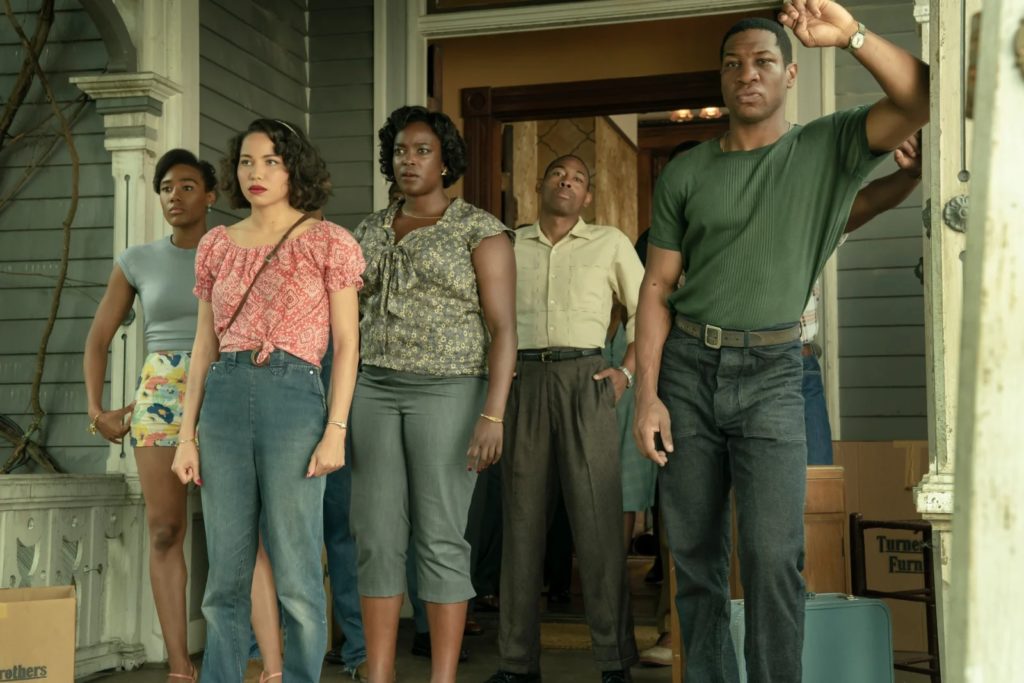 In last week’s episode, Lovecraft Country wrapped up the mystery of Montrose’s whereabouts. In the process, we lost Uncle George, who was shot dead by the Braithwhites, a white family that is distantly related to Tic. Luckily for Tic, the nefarious Samuel Braithwhite was also killed in his attempt to open a door to the Garden of Eden using Tic’s body and blood.

This week, the characters are back home in Chicago. They’re trying to process the ramifications of what happened in Ardham. George’s wife Hippolyta and their daughter Diana (“Dee”) have been told that George was shot by a racist sheriff. Though Hippolyta knows that the story is not quite the whole truth, the bitter result is the same: the man she loves is dead. Meanwhile, Leti remains troubled by her brush with death (she was shot, too), but her coping mechanism seems to be avoidance. Looking to the future, she purchases a house in the North Side of Chicago, in a white neighborhood, and invites her sister Ruby and several black artist tenants to join her. Ruby is curious about how Leti could afford this house, but she accepts this opportunity for the two of them to connect and bond. 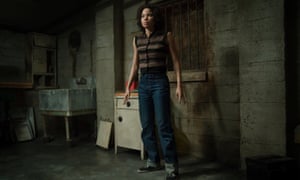 From the moment they move in, it is clear that there will be trouble. Unbeknownst to Leti, sinister apparitions are following her around the house. The place has a dark past of torture and murder, and the victims of ghastly medical experiments that occurred there will not stay dead and silent. What is much more tangible is the overt racism of Leti’s white neighbors, who make it clear that they will do everything in their power to drive Leti away. They place racist signs on the lawns and park three cars outside her house, with bricks on the horns to create a non-stop sense of torture for the residents inside. Concerned about the safety of Leti and the group, Tic decides to stick around for a few days. As time passes, tensions rise and violence escalate, forcing Leti to deal with her supernatural and worldly problems.

When I reviewed episode one, I made a reference to The Twilight Zone, and this episode’s blend of social commentary mixed with the supernatural reminded me very much of that series, one of my all-time favorites. Unlike the last two episodes, which focused more on science fiction, this week felt like pure horror. The ghosts were terrifying, and much more effective than the creatures of Ardham. I believe the reason for this is the revelation of who these people were and why they continue to reside in the house. They resonated more also because of the real-life events that inspired the episode: the harassment and abuse of black residents in white neighborhoods such as Trumbull Park, which was mentioned in the episode by Ruby. There is also a history of violence visited on black bodies by the medical community, as well as the police. The Tuskegee Experiments were the most infamous, but the white medical community has hurt black folks both during slavery and after. As recently as 2016, a significant number of medical students opined that black folks felt less pain than whites.

This real-world resonance is what makes the series stand out. The problematic history between the police and people of color is not imagined. It resonates today just as it would have in the ’50s. Leti’s violent ride in the police car is not the stuff of fiction (there is even a name for this brutal tactic: rough rides). There are countless horrors that have been visited on black folks, and this aggregate history makes Lovecraft Country feel more terrifying. After all, we’ve SEEN it before, and we know it can happen. No monster or apparition can scare us or hurt us the way that truly bad people can.

The episode was very well-paced, truly scary, and suspenseful, yet it took the time to develop its characters. George’s family is now navigating a world without a patriarch. Tic continues to have trouble connecting with his father. Leti tries and fails to get closer to Ruby, though her relationship with Tic does progress. In fact, this is very much Leti’s episode, and actress Jurnee Smollett is outstanding in the role. Leti is clearly troubled but trying to hide it underneath laughter and parties. She has tons of friends, yet she’s not really close to any of them. She has a reputation for promiscuity, yet has not allowed herself to get close to a man. She’s a complex character. I look forward to seeing more of her. Tic took a backseat this week, but it seems that he will be front and center next week. For all the characters, what remains true is that they are fighters in a world that is stacked against them and when they take a stand one can only cheer them on.

Speaking of next week, it seems the Braithwhites are back. That can only mean bad news.

New episodes of Lovecraft Country premiere on HBO Sundays at 9:00 PM. Check out the promo for next week’s episode before you go: