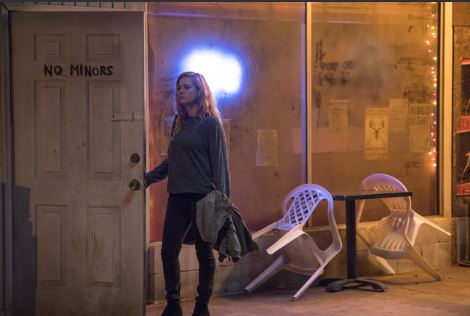 Back in 2016 we told you HBO had obtained rights to SHARP OBJECTS. The series now has a premiere date of SUNDAY, JULY 08 (9:00-10:00pm ET/PT), exclusively on HBO. It has been a long wait with very little news along the way but it is not far off now. The project, based on a Gillian Flynn novel, is set as a limited drama series with a total of eight episodes taking the series through Sunday, August 26.

Based on the bestselling novel of the same name by Flynn, SHARP OBJECTS stars Amy Adams as reporter Camille Preaker, who returns to her small hometown to cover the murder of a preteen girl and the disappearance of another in the small town of Wind Gap, Missouri. Trying to put together a psychological puzzle from her past, she finds herself identifying with the young victims a bit too closely.

Joining Adams in the series are Patricia Clarkson who will play Adora Crellin, Camille’s mother. The sudden return of her estranged daughter provokes her subtle hostility that threatens Camille’s sobriety and sanity; Chris Messina will play Kansas City Detective Richard Willis, who is brought in to provide support to the town Sheriff searching for the killer. Eliza Scanlen will play Amma, the 13-year-old half-sister of Camille. Growing up in Wind Gap, she lives a double life: as a restrained and girlish daughter when at home with her parents, and as a brash, impetuous teenager when out with friends. Also, cast is Elizabeth Perkins as Jackie as a ‘backwoods Barbie,’ the local gossip and renowned alcoholic. Matt Craven, Henry Czerny, Taylor John Smith, Sophia Lillis and Madison Davenport also appear.

There is great atmosphere contained within the trailer. Check it out.