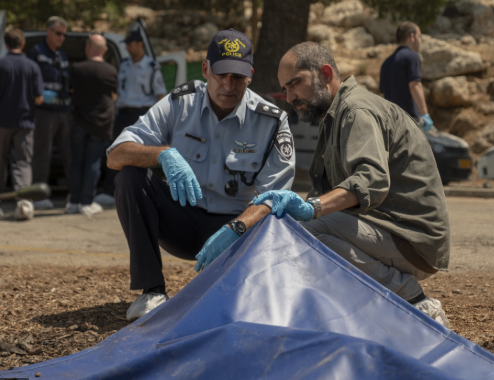 We got the first look at this limited series via the “What’s On” post but now we go a bit deeper to set you up for the international story that will play out over ten episodes on Monday nights. Here from a press release are some details.

In the summer of 2014, three Jewish teenagers are kidnapped and murdered by Hamas militants. Israel is shocked, shaken and furious. Two days later, the burned body of a Palestinian teenager from eastern Jerusalem is found in a forest on the western outskirts of the city. In the ensuing days, an agent from the internal terror division of the Shin Bet (Israel Security Agency) investigates the murder, while the parents of the slain teenager begin 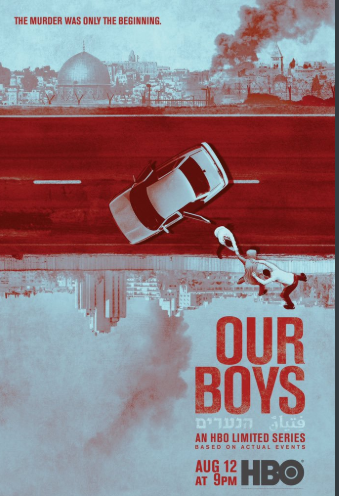 their long and anguished journey toward justice and consolation. OUR BOYS, an HBO-Keshet Studios co-production, was filmed in Israel and is based on the true events which led to the outbreak of war in Gaza. The series follows the investigation of Mohammed Abu Khdeir’s murder. It tells the story of all those involved, Jews and Arabs alike, whose lives were forever changed by these events.

HBO and Keshet International (KI) are co-producing the drama which was filmed on location in Israel. The series is created by Hagai Levi ((Golden Globe for “The Affair”; HBO’s IN TREATMENT), Israeli filmmaker Joseph Cedar (the Oscar-nominated Beaufort, Footnote, Norman), Tawfik Abu Wael (Thirst, Last Days in Jerusalem, Waiting for Salah El Din) and Noah Stollman (Pillars of Smoke, The Exchange Principle). Cedar and Abu Wael will also direct. Casey Bloys, president, HBO Programming, says, “We’re excited to work with Keshet and this extremely talented and creative group led by Hagai Levi. We look forward to sharing this important story with our subscribers.”

OUR BOYS begins Monday, August 12 at 9:00pm ET. That night will be a two-hour back-to-back showing of Episode 1 & 2 making for a two-hour launch. Each Monday after that a new episode will air at the 9PM hour through 10.07.19.  Of course, they will also appear on HBONow/Go. The series, as the trailer indicates, is raw, real and intense. The story may take us through family tragedies but those incidents escalated into a regional war with no end. If you love HBO international content like this writer, ten you will not miss OUR BOYS.