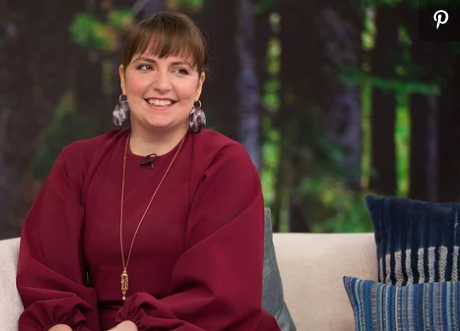 The GIRLS may be long gone and CAMPING was just a one-time trip but Lena Dunham is still with HBO. Of course, we know her as the creator (as well as an executive producer & a writer) of the six-season run of that show that made HBO like her work. Her main partner in that show was producer Jenni Konner. The two of them teamed up for one season of the American version of CAMPING with Jennifer Garner in the lead. They were also behind two documentaries for HBO. They were IT’S ME HILARY: THE MAN WHO DREW ELOISE and SUITED. In October 2018, coinciding with the expiration of their joint HBO contract, Dunham and Konner split as producing partners, dissolved their production company, and each signed separate deals with HBO. No word yet on what Konner’s production company has in the offing but Dunham seems busy enough.

Dunham has put together a company called Good Thing Going which has a portfolio of projects that spans television, film, theater and podcasts, with an exclusive first-look deal with HBO. And in June 2019, it was announced she would direct the first episode of a work called INDUSTRY and serve as an executive producer as well.

This is our first opportunity to mention INDUSTRY, so we’ll take it and get you up to speed via a Variety article:

HBO is banking on emerging writers Mickey Down and Konrad Kay and working up a new drama series set in the world of high finance. Jane Tranter’s Bad Wolf is developing the project for the U.S. cable net, which will be set inside an American bank in London’s financial quarter (pictured). 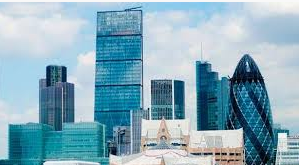 It will follow the young generation just coming into the banking system and how they cope and adapt in the wake of the 2008 financial and banking collapse. HBO explored the crisis in 2011’s TOO BIG TO FAIL and INDUSTRY was born out of the producers reading about the experiences of interns and graduates in the banking world. It has been pitched as a drama about politically aware millennials – and the identity crisis that generation experiences when entering the world of finance.

Bad Wolf is the Wales-based company set up by Tranter and Julie Gardner, the executives who previously ran BBC Worldwide’s U.S. production business, setting up series including Da Vinci’s Demons at Starz. Bad Wolf is backed by Len Blavatnik’s Access Entertainment, as well as by Sky and HBO, which has a first look at its projects.

We’re not sure if this series is at the forefront right now as Bad Wolf’s main focus has got to be its little series called HIS DARK MATERIALS. That’s right, what could be HBO’s next big fantasy filled with warring witches, daemon companions and armored polar bears is in their hands. 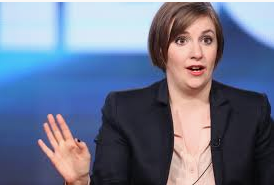 Besides producing alongside Bad Wolf with INDUSTRY Dunham’s Good Thing Going is additionally producing a project with HBO that centers on Rachel Williams, a former friend and victim of Anna Delvey, the millennial grifter who posed as a wealthy German heiress. The network secured Williams’ story rights; Dunham and journalist Collier Meyerson will pen the story and once we get a title and solid confirmation we will report more on that work and, of course, about INDUSTRY.

In conclusion, Dunham states, “As a producer, my only goal is to give other artists the chance to be as noisy and honest as I’ve been. I’m firmly of the believe that we grow together when we allow each other to be as messy and complex in our art as we are in our lives. I’m so excited to be leading Good Thing Going with a group of close collaborators who share my hunger for getting hooked on new voices and perspectives.” We’ll continue to see you around HBO Lena, perhaps even onscreen.