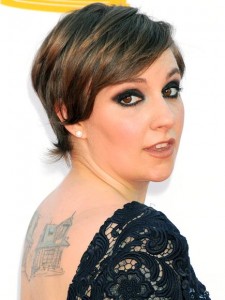 Continuing the trend of doing just simply awesome things, resident HBO It-girl and Jane of All Trades Lena Dunham has signed a $3.5 million book deal with Random House. Her book, Not That Kind of Girl: A Young Woman Tells You What She’s Learned, is said to be  in “the tradition of Helen Gurley Brown, David Sedaris, and Nora Ephron,”  with “frank and funny advice on everything from sex to eating to traveling to work.”

Sounds like classic Dunham. Can we go ahead and pre-order now?

HBO Watch would like to congratulate Lena on her massive book deal but we hope she still has time to pen Girls Season 3, Girls Season 4 ad infinitude because many of us don’t know what we would do without our Girls!  At least this book will give us a bit of Ms Dunham to cling to in the off season.  We’ll have more information for you once we get a release date and price point for the book.  Stay tuned.