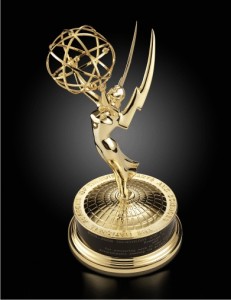 The Creative Arts Emmy Awards, which recognizes TV’s top talent in technical aspects, wrapped up tonight with HBO receiving a total of 16 statues. While HBO did amazing overall, the big winner of the night was Game of Thrones with 6 wins. This amount already tops the show’s total wins of 2 last year, and the BIG ceremony isn’t until next week. Given how well the show did tonight, I would expect a few more statues being handed out next Sunday as well.

This is big-time news for Game of Thrones and further exemplifies how massive this show will inevitably become. Not only has it received raving reviews from fans and critics, but now it is being smothered with honors from television’s most prestigious award show. Could this be a trend moving forward? Will ‘Thrones become an Emmy juggernaut like The Sopranos was? I’d bet on it! This year it looks like HBO will have another strong performance at the Emmy’s, and surely there are more statues to be won, including Game of Thrones.

Here is a list of the awards that the outstanding technical crew of Game of Thrones took home tonight:

In addition to Game of Thrones, here is a list of the other HBO programs that won awards:

A two-hour edited version of the Creative Arts Emmy Awards will air at 8 PM ET the night before the main ceremony on Reelz Channel. The Primetime Emmy Awards air on ABC next Sunday, Sept. 23. Be sure to watch and root for your favorite HBO show to take home a statue!