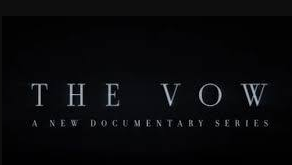 It was a day after the August “What’s On” post was published that word dropped that a new docu-series, THE VOW, was to debut on SUNDAY, AUGUST 23. Since it didn’t make it to the big monthly announcement, I give it special attention here. THE VOW is about the NXIVM organization, which sat as a topic for HBO for quite a while. It has gone from a single hour or so documentary into a documentary series. Here are the details via an official press release.

The documentary series will be available on HBO and to stream on HBO Max.

THE VOW follows a range of people who joined the self-improvement group, NXIVM. The organization has been under siege, with various charges including sex trafficking and racketeering conspiracy brought against its highest members – most notably founder Keith Raniere, who was convicted in June 2019 and is currently awaiting sentencing. The series takes a deep, nuanced look at the experiences of a number of people deeply involved in NXIVM over the course of several years.

Amidst claims by NXIVM participants of both profound transformation and devastating abuse, the series, like Noujaim and Amer’s previous films, seeks to reveal the issues behind the headlines and explore the emotional toll of unfolding events on these individuals.

That, if you asked me, seemed to be a quick, slapdash bit of PR. It did not announce an airtime if someone wanted to tune in on the main channel and it didn’t offer us info regarding the number of installments. Regardless, it is a subject matter worth exploring even though a bit untimely. Are you interested in exploring this docu-series?