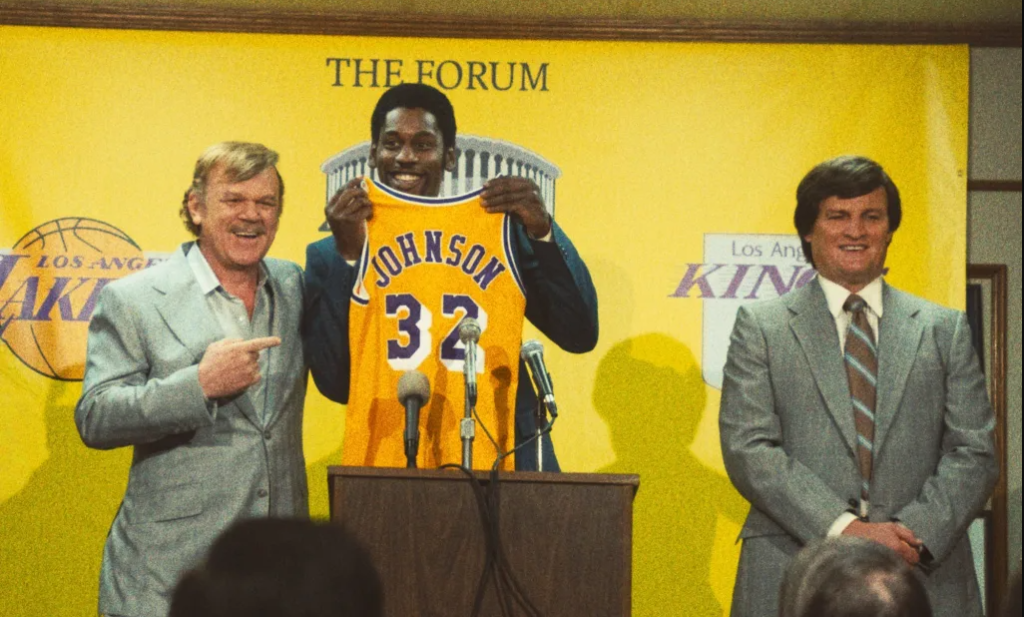 On my list of posts lined up was a piece regarding where we were at with the Lakers Dynasty series from Adam McKay and lo, and behold, news surfaces. Big news too as the series finally has a title, a clip and a start time.

The work is entitled WINNING TIME: THE RISE OF THE LAKERS DYNASTY. It will debut March 2022 with ten episodes on HBO and will be available to stream on HBO Max. A fast-break series chronicling the professional and personal lives of the 1980s Los Angeles Lakers, one of sports’ most revered and dominant dynasties — a team that defined an era, both on and off the court. 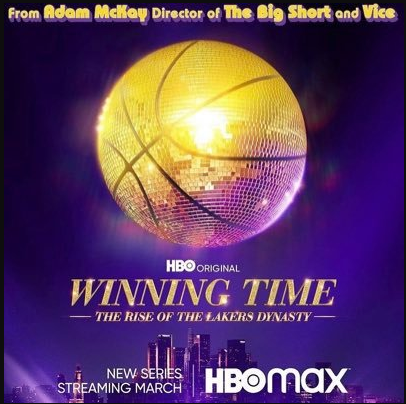 Now you might not recognize all those names but you will once you immerse into the world of WINNING TIME as all the key players are there. The awesome team, the staff behind the ball club, the NBA big-wigs and the women behind all of them, plus some worshiping celebrities (here’s looking at you, Jack!) are a part of the story Adam McKay covers.

We can’t not mention McKay, a prolific writer, director & producer for some of your favorite TV shows and movies. For HBO alone he has been involved with FUNNY OR DIE PRESENTS…, EASTBOUND & DOWN, SUCCESSION, documentary series Q: ONTO THE STORM, PAINTING WITH JOHN and the upcoming GAME THEORY WITH BOMANI JONES and other works in development. McKay and those at his Hyberobject Industries, which include writers Jim Hecht, noted for his contributions to the Ice Age franchise and Max Borenstein, noted for his contributions to the MonsterVerse franchise and writing for HBO’s HOUSE OF THE DRAGON, announced in April 2019 that the Lakers project was a go when HBO ordered a pilot. The series was initially referred to by the working title “Showtime,” after Jeff Pearlman’s book called Showtime: Magic, Kareem, Riley, and the Los Angeles Lakers Dynasty of the 1980s. The show sat without a title, until now, because HBO didn’t want to title the show the same name as its longtime pay-TV competitor Showtime.

Remember, as of this posting, the exact tip-off time for this series is not known but it will be HBO’s spring drama offering starting sometime in March, most likely on a Sunday. So, count on a lot of March Madness in 2022 because in addition to the teams on the current roster we will once again be enthralled by the B-ball greats of the biggest Lakers Dynasty of all time. Get excited for WINNING TIME: THE RISE OF THE LAKERS DYNASTY.

Now, go back up and watch that Teaser one more time. From the golden-glittered HBO logo at the start to the show’s title at the end it just sparkles and pops. It is going to be fast, fun, wild, big, bold and excessive. “Why can’t basketball feel like that,” you ask? “…To me, it do.”