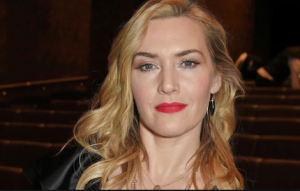 Kate Winslet returns to HBO in the near future with the limited series MARE OF EASTTOWN. She, of course, did a star turn in the HBO Miniseries MILDRED PIERCE in 2011 as a Depression-era restaurateur. This time around she will be playing a modern-day Pennsylvania detective. An HBO announcement simply states the following information:

Ingelsby (Out of the Furnace, American Woman) will write all episodes of the series, to be directed by Gavin O’Connor (Warrior, The Americans, Seven Seconds). Executive producers include Ingelsby, O’Connor, Gordon Gray through Mayhem Pictures, Paul Lee through wiip  (word.idea.imagination.production.) and Mark Roybal through wiip; in co-production with wiip.

More details will become clear over 2019 that we will pass on as the Limited Series content builds strong at HBO. It will certainly show a cohesiveness with Ingesby writing all 6 or 8 episodes and O’Connor directing them all. Also, if it films on location like TRUE DETECTIVE then the right atmosphere is there as well. Will it share the same tone as Pizzolatto’s work or maybe that of SHARP OBJECTS? Well, hopefully, it can strike its own tone & style to make it unique. We look forward to finding out.

You know, it kind of gets confusing on how the network labels a show as a Limited Series or as a Miniseries but it is just semantics. As long as the content and the big stars you are drawn to the format are there that is all that matters. THE NIGHT OF, BIG LITTLE LIES (is this one even considered a Limited Series with a second season coming soon?) and SHARP OBJECTS have all been successes. Now we have Kate Winslet leading one.