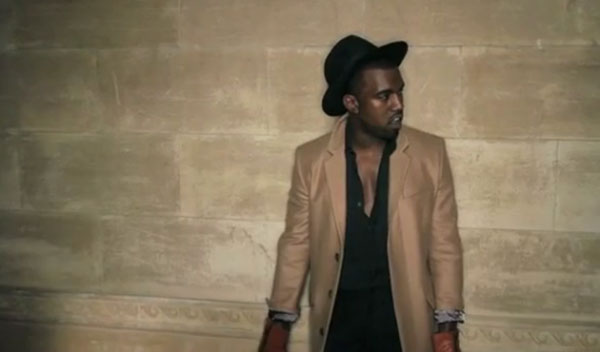 “We thought Mr West’s post-modern auto-tune sounds were exactly the note we were always trying to strike on the set of Westworld. Combined with the man’s obvious acting chops… we knew we had to ask HBO to bring him on board.”

Westworld has struggled to reach completion for almost a year now. First scheduled to premiere in summer of 2015, HBO even released a poster declaring as much. But that obviously never happened due to a series of writing, shooting and production delays. The show is now filming once again in hopes of making a 2016 premiere window (either Summer or Fall). Is Kanye just what Westworld needs to get back on track?

In fact, HBO almost worked with Kanye West on a comedy sitcom shot in 2007 but that quickly fell through after an executive shuffle at HBO. Clips recently popped up on YouTube after a bootlegged copy of the entire pilot was screened. So this new collaboration on Westworld isn’t without recent precedent.

According to IMDB, Kanye West will star in all 10 episodes of Westworld but his exact role has yet to be confirmed: 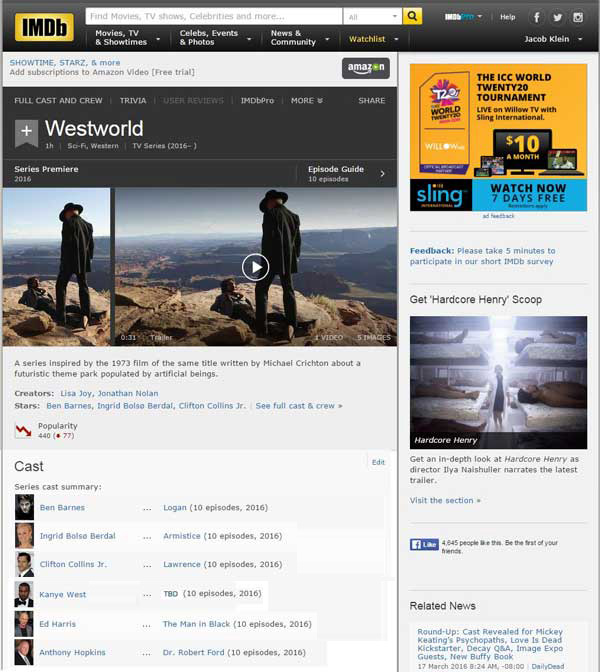 Kanye himself confirmed the story early last night with a succinct tweet:

We still don’t have a definitive premiere date for Westworld as of yet. HBO is hopeful for a 2016 premiere but the aforementioned production issues have yet to clear. As if you weren’t excited enough for HBO’s first forrray into science fiction, remember this day in April when your excitement soared to almost foolish levels of titillation. It’s not TV. It’s HBO. Watch Westworld online or offline later this year.