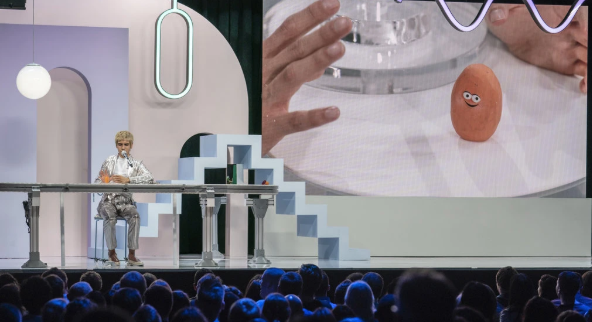 Did you see this? The LOS ESPOOKYS star and self-described “space prince” Julio Torres has been given an hour standup comedy special on HBO. The catch is that you can’t really call it ‘standup.’ It is truly off-beat and different. He passes comment on a number of props as they pass by him on a conveyor belt. He breaks up the set by reading passages from the minds of some of these props & does take a few moments to walk across the stage to a stand microphone to deliver some impressions of some unique props before returning to the foot pedal that brings yet more props before us.

Now, comedians have worked with props before, right? There was the classic Gallagher wielding a sledgehammer against watermelons & the Who’s Line Is It Anyway? cast has fun with them. But Julio really makes some absurd connections with them and even gives some of them personalities complete with a name. The audience witnessing this gig seems to chuckle well enough at this but not me so much. It did make me ponder though, from time to time. For example, when 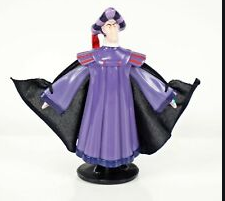 Julio places a few clear geometric shapes together he announces that they form Tilda Swinton’s apartment. It didn’t make me laugh, but it did make me think that the collection indeed passes for what he said it was. Just using patches of cloth, he gives us a dialogue with Fred Flintstone & Betty Rubble alone together for the first time. Also giving me pause and proving to be one of the best observances in his set was the story of Frollo, the evil character of Disney’s The Hunchback of Norte Dame. As he explains the story arc of the character full of malice, lust and all-out creepiness we gaze upon a figurine. In conclusion, he reminds us that we are looking at a Happy Meal toy; and we are felt to ponder before the next shape rolls by.

The unique comedy bit isn’t for everyone, but you’ve never quite seen anything like it and Torres indeed needs credit for his crafty work. You’ll only know for sure if you watch MY FAVORITE SHAPES for yourself. The comedy special is playing across HBO’s platforms. You haven’t seen anything like it.