HBO has released information regarding a new work gone straight to series from Julian Fellowes (pictured) of Downton Abbey notoriety. Instead of coming in the form of the usual press release we get in via a fact sheet. Below that information in its entirety.

THE GILDED AGE, FROM OSCAR, EMMY AND GOLDEN GLOBE WINNER JULIAN FELLOWES, COMES TO HBO AS A DRAMA SERIES 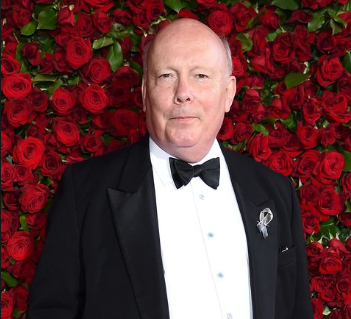 Logline: The American Gilded Age in 1885 was a period of immense economic change, of huge fortunes made and lost, and the rise of disparity between old money and new money, which is being reflected again today. Against this backdrop comes young Marian Brook, the orphaned daughter of a Southern general, who moves into the home of her rigidly conventional aunts in New York City. Accompanied by the mysterious Peggy Scott, an African-American woman masquerading as her maid, Marian gets caught up in the dazzling lives of her stupendously rich neighbors, led by a ruthless railroad tycoon and his ambitious wife struggling for acceptance by the Astor and Vanderbilt set. Will Marian follow the established rules of society, or forge her own path in this exciting new world that is on the brink of transformation into the modern age?

Casey Bloys Quote: “Given the opulent scope and scale of this richly textured character drama, HBO is the perfect home for ‘The Gilded Age,’” says Casey Bloys, president, HBO Programming. “We’re all huge fans of Julian and I know I speak for Bob Greenblatt — who was involved in the development of this series while at Universal Television — when I say we’re thrilled to bring his undeniable genius to our viewers.”

Julian Fellowes Quote: “I feel very privileged to be making “The Gilded Age” with HBO and Universal Television. It has been a dream of mine for some time, as I am fascinated by this brutal and intensely glamorous period of America’s history. It will be about ambition, of course, and envy and hatred and, perhaps most of all, about love. I hope people will enjoy the series. I know I will enjoy making it.”

Gareth Neame Quote: “I’m thrilled that HBO and Universal Television will be bringing “The Gilded Age” to life. This is a compelling part of the American story and has remarkable parallels with the world we live in as these people set many of the wheels in motion that drive us today.”

Julian Fellowes: Julian Fellowes is an award-winning screenwriter, director, producer, novelist and actor. He is the creator, sole writer and executive producer of the multiple award-winning international television phenomenon, “Downton Abbey” for which he won two Emmy Awards, including Outstanding Movie or Miniseries and Outstanding Writing for a Miniseries, Movie or Dramatic Special. He is also the writer of the upcoming “Downton Abbey” movie. In 2002, Fellowes won an Academy Award for Best Original Screenplay for “Gosford Park.”

Gareth Neame: Gareth Neame is an award-winning producer and the Executive Chairman of Carnival Films, where he has produced numerous critical and commercial successes. Neame is responsible for the global television phenomenon “Downton Abbey,” winner of three Golden Globes, including Best Mini Series and fifteen Primetime Emmy Awards, including Best Miniseries. Neame is producing the upcoming “Downton Abbey” film and executive produces the upcoming ITV/Epix series “Belgravia” as well as Netflix show “The Last Kingdom” currently in its fourth season.

Michael Engler: Michael Engler helmed multiple episodes of “Downton Abbey,” including the series finale and most recently the “Downton Abbey” feature film. He is a prolific television director whose work spans both comedy and drama. His work on “Downton Abbey,” “30 Rock” and “Sex and the City” have earned him multiple Emmy and Directors Guild nominations. His credits include HBO’s “True Blood,” “Deadwood,” and “Six Feet Under.”

Downton Abbey: “Downton Abbey,” which was produced by Neame’s Carnival Films and created by Fellowes, ran for six seasons and has been seen in more than 250 territories worldwide, is recognized as one of the most acclaimed and popular British drama series of all time. The series was an immediate hit in the U.S. and U.K. and won both the Emmy in 2011 for Outstanding Miniseries or Movie and the Golden Globe the following year for Best Miniseries or Motion Picture Made for Television. In fact, “Downton Abbey” is the most nominated non-U.S. show in the history of the Emmys with 69 nominations and 15 wins.

Sounds like a win-win and right up HBO’s alley. All parties evidently strongly believe in it for it to snag a ‘straight to series’ order.