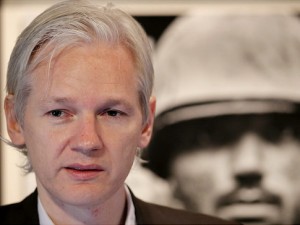 DEADLINE – Julian Assange might be getting the HBO film treatment. A movie about the controversial WikiLeaks founder is in early development at HBO Films. HBO is in discussions with frequent collaborator BBC about co-producing together the film, which would be based on Raffi Khatchadourian’s June 7, 2010 article in The New Yorker No Secrets: Julian Assange’s Mission for Total Transparency. The article was an in-depth look at Julian Assange and follows him and his Wikileaks operatives as they prepare to leak a 38 minute classified video filmed from inside of the cockpit of an US Army Apache Helicopter.

The film project is being executive producer by Joshua Maurer and Alixandre Witlin of City Entertainment and David Stern of KippSter Entertainment who had optioned the article. Assange could not be hotter in Hollywood at the moment. Oscar-winning documentary director Alex Gibney just signed with  Universal Pictures to do a documentary about the Australian. HBO has not shied away from controversial figures as subjects of its original movies. Last year, it aired the Jack Kevorkian biopic You Don’t Know Jack, which earned star Al Pacino an Emmy and Golden Globe awards. Khatchadourian is with UTA.