A bit of a snag has erupted over the immediate future of HBO’s new series under development called THE NEVERS. If you recall, the series, an epic science-fiction drama that spotlights a gang of Victorian women who find themselves with unusual abilities, got the green light under the auspices of filmmaker Joss Whedon. Mr. W. has now stepped out of the position in recent days. 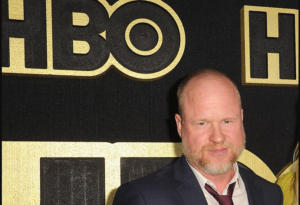 Perhaps it is more concise to say that Whedon may be out at WarnerMedia altogether as he has been under investigation for on-set difficulties on prior works for the studio. His announced departure, however, does not bring any specific details into the matter. He said, “This year of unprecedented challenges has impacted my life and perspective in ways I could never have imagined, and while developing and producing The Nevers has been a joyful experience, I realize that the level of commitment required moving forward, combined with the physical challenges of making such a huge show during a global pandemic, is more than I can handle without the work beginning to suffer. I am genuinely exhausted and am stepping back to martial my energy towards my own life, which is also at the brink of exciting change. I am deeply proud of the work we have done; I’m grateful to all my extraordinary cast and collaborators, and to HBO for the opportunity to shape yet another strange world. The Nevers is a true labor of love, but after two-plus years of labor, love is about all I have to offer. It will never fade.”

It might be over for Whedon but THE NEVERS is far from over. More news as it comes available.