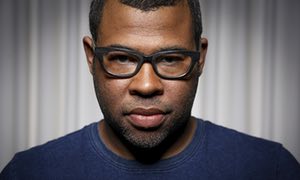 We all know that Jordan Peele (pictured) has hit it good with his horror movie Get Out and now he is on the fast track to hitting it good with HBO in another horror yarn. With his Monkeypaw Productions, he is crafting LOVECRAFT COUNTRY. It is based on a novel by Matt Ruff set in the backroads of 1950’s America and all the horror found there.

Amazon gives us a description straight from the back cover of the source material. It reads –

Chicago, 1954. When his father goes missing, twenty-two-year-old army veteran Atticus Turner embarks on a road trip to New England to find him, accompanied by his uncle George—publisher of The Safe Negro Travel Guide—and his childhood friend Letitia. On their journey to the manor of Samuel Braithwhite—heir to the estate that owned one of Atticus’s ancestors—they encounter both mundane terrors of white America and malevolent spirits that seem straight out of the weird tales George devours. 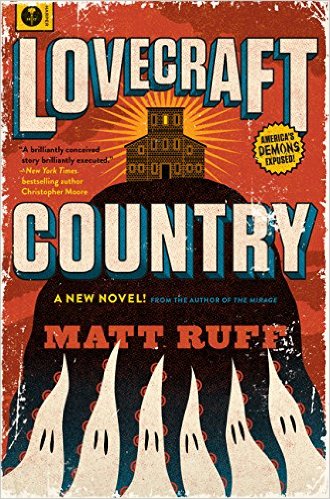 icus discovers his father in chains, held prisoner by a secret cabal, the Order of the Ancient Dawn—led by Braithwhite and his son, Caleb—which has gathered to perform a ritual that shockingly centers on Atticus. And his one hope of salvation may be the seed of his—and the whole Turner clan’s destruction.

A chimerical blend of magic, power, hope, and freedom that stretches across time, touching diverse members of two black families, Lovecraft Country is a devastating kaleidoscopic portrait of racism—the terrifying specter that still haunts us today.

There are no details of how involved Peele will be beyond producer, alongside Warner Bros. Television and J.J. Abrams’ Bad Robot, but he is not going to be daily showrunner of the series. That duty befalls Misha Green who will write the pilot as well. Of the source material, she said –

“When I first read Lovecraft Country I knew it had the potential to be unlike anything else on television. Jordan, JJ, Bad Robot, Warner Bros. and HBO are all in the business of pushing the limits when it comes to storytelling, and I am beyond thrilled to be working with them on this project.”

And we are thrilled that a horror anthology full of social commentary about the 1950’s and today is coming to HBO. Are you?  This series is a go so it should develop rather quickly. Read the novel if you want a sample of what is in the offing.