CRIMINAL JUSTICE was to be James Gandolfini’s series return to HBO. He was to play Jack Stone, an ambulance-chasing New York City attorney who gets in over-his-head when he takes on the case of a Pakistani accused of murdering a girl on the Upper West Side. HBO, at first passed on it, and then reconsidered and approved it.  The project came to a complete halt however after Gandolfini’s death, but HBO still 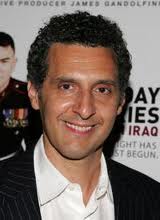 wanted to move the work forward.

You might remember that it was then retooled as a miniseries with Robert De Niro attached to the Jack Stone role. Mr. De Niro has since dropped out of the project due to scheduling conflicts, but HBO still moves forward with the project. They have now placed John Tuturro in the lead role. The piece lists Mr. G. as producer with Steve Zaillian directing the Richard Price script.

For some reason, maybe just out of respect for the late THE SOPRANOS’ star, HBO believes in the work. It could have scrapped it at any time, but now with John Tuturro on board this seven-hour miniseries can continue its production. No actual date and time has been announced and perhaps, except for the original pilot, there is no actual footage as of yet. We will keep an eye on its slow development and hope that nothing sets back Tuturro’s turn as Jack Stone in CRIMINAL JUSTICE.