You know, I was going to wind down talking about LAST WEEK TONIGHT WITH JOHN OLIVER because he has twenty-four installment in his premiere season and it was going to be too difficult to generate something every week. The intent was just to give you a heads up about the series for the first few episodes until those interested caught on.

Well now I can’t let this week go by without addressing the whole net neutrality issue that came up. I’m sure you’ve seen it by now.

First off, as he has already done once or twice, he dared his audience, in the episode of 06.01, to get involved in the issue of the night – net neutrality. Here is the segment from the episode.

The following day the FCC reported that the Comment section of it website had crashed! It just cited “technical difficulty ” and did not pin blame on an influx of comments. 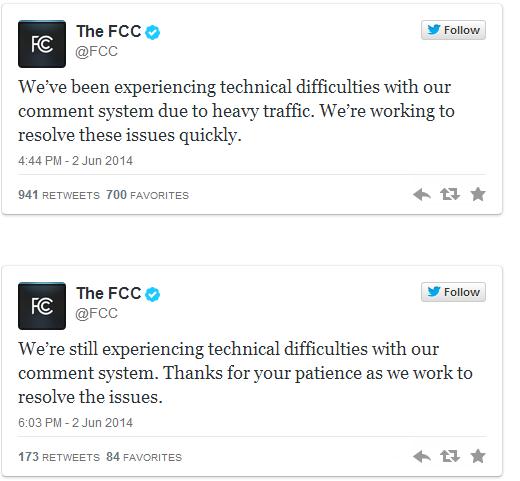 Does LAST WEEK TONIGHT WITH JOHN OLIVER have that large a fan-base? Could have John Oliver rallied enough followers to crash the site?Mr. Oliver spoke about the coincidence with Charlie Rose on the 06.04 edition of CBS This Morning and stated,

“We didn’t crash their web site, Charlie — that’s a huge accusation. We merely pointed people to their website and told them why they should be angry about it, and they went in droves.”

What the hell watch that interview for yourself.

There you go John Oliver is happy on HBO and still twerking…uh..tweaking the show’s format. It is still debatable whether he influenced a system crash on a government site, but John Oliver has proved to be someone to watch out for in the future and, who knows, though I am not planning to follow LAST WEEK TONIGHT weekly if he keeps these kind of stunts up I might just have to do just that.