It didn’t feel the way I thought it would. I’ve never seen the life truly fade from someone’s eyes, the fear being replaced by… nothing. I thought there would be some amusement in it, but I find myself twisting in indecision. I’ve always enjoyed exercisi 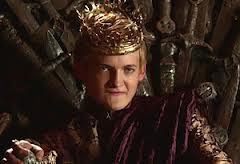 ng my power. But this feels like it was too much, like a child who over indulged sweets. That’s why my mother wanted to stop me from taking the head of the traitor Ned Stark. She feared I was over indulging, but I haven’t. And I have no intention to stop because I don’t feel sick. Did she really think I would be so weak her, that I would fold at the task should it be my responsibility to carry out? It seems no one has any true advice to give on the matter.

Fools, the lot of them. Claiming they wish to impart wisdom when they seek only to share their own ignorance with me. Waiting for a misstep in my path so they can race to me like some boy learning to walk, about to scrape his knees. Do they know the hardships of being a king? Of leading a vanguard to protect a city under siege? First my mother, then my uncle, it’s only a matter of time before my grandfather decides he needs to catch me when he thinks I may fall. I have no intention stumbling let alone tripping. Yet they feel the need to advise me on matters they know nothing about! Who are they to claim authority? I am their king, not the other way around.

Margaery has proven her 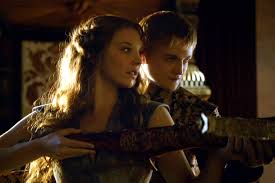 self to be a most desirable woman. It was strange at first, she seemed to have almost too much in common with me. But now I understand that she looked towards me after she was torn at the discovery of her husband’s perversions. A man more fit for a woman such as herself. And she is a woman befitting a King such as myself, more so than the sister of those northmen who would seek to expel me from my own castle. I don’t like that she stays so close to us. She doesn’t deserve such privilege, nor my mercy. Of course it doesn’t mean much, because this rebellion won’t last much longer. Eventually everyone who stands against me will be crushed and the iron throne will not shift from my reach. I intend to keep it for as long as I am can, and give it to children who are loyal.

Ravens, scouts, and spies inform me of events outside the city walls. My uncle, Stannis, is still lurking somewhere. It seems the 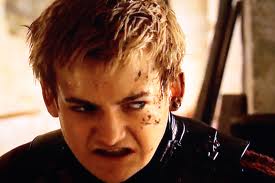 lesson I taught him at the Blackwater didn’t impart enough knowledge on him. I may have to tutor him again one day. My uncle, Jaime, is still missing. I should have known it would be a matter of time before he escaped those oafish soldiers who hold him. He is the best swordsman in my kingdom and I hope for him to return to his place in the Kingsguard. In the north, the Stark traitors see fit to take my family, my blood and hold them prisoner in some faraway peasant village. What a dismal place. It’s all so dreadfully boring in the north. I’m sure Sansa misses her brothers. With Margaery under my thumb I don’t understand why I have yet to send her back as a token of my gratitude to the Starks for her pleasant company. I think they would be pleased to see her pretty face again. Even if that’s all I’ve left pretty for them. Soon enough I’ll have all their heads on spikes. Spikes

so tall the shadow they cast will reach beyond the city walls. And they will serve as a reminder to any man who thinks of rebelling, of what the King’s justice truly is!