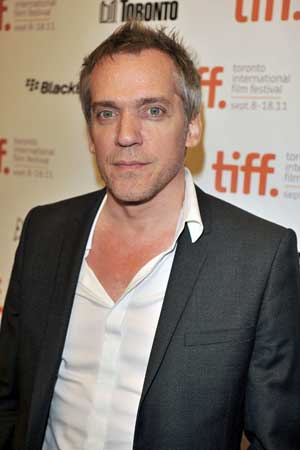 Let’s clarify that a bit – Vallee is directing ALL SEVEN episodes of BIG LITTLE LIES. We reported back in May that the Liane Moriarty comic novel was being developed with Nicole Kidman and Reese Witherspoon and then mentioned later on that Vallee was entertaining directing a couple of episodes.

It has been confirmed now that Jean-Marc Vallee (pictured), who directed Witherspoon in Wild, will be manning the entire run of the limited series about the unraveling lives of three mothers whose common bond is that they have children enrolled in the same kindergarten. The series, written by big named scribe David E. Kelly, also has other big names attached. Laura Dern is on board as will play Renata Klein, a powerful career woman and anti-bullying crusader who’s at the center of schoolyard politics on and off the playground. Also, Shailene Woodley has been circling a role only defined as “an unwed mother.”

It all adds up to A-list talent in front of and behind the camera. It would also be a good time to note that HBO just might prefer to execute the limited series format more often in the future if it can get star power like the ones attached to this work. It is a delicate balance. Big names don’t want to invest a long commitment to TV projects, so something shorter appeals to them. However, not all product can be confined to a short run and needs time to flesh out. So the right project has to fit the bill. So that is why we see series of all different lengths. A big commitment seems to hold at ten episodes, at least by HBO’s standards. Smaller shows get six, then some get eight and now BIG LITTLE LIES will clock in at seven. The semantics of what constitutes as a series, limited series or miniseries gets kind of blurry, but audiences are just happy for the quality programming in the end.

Right now,  no definite broadcast date has been announced, but it certainly could appear in 2016’s 4th Quarter or might hold out to premiere in January of 2017. Quite possibly the next time we mention this show it will be to say that it is before the cameras. Stay tuned.