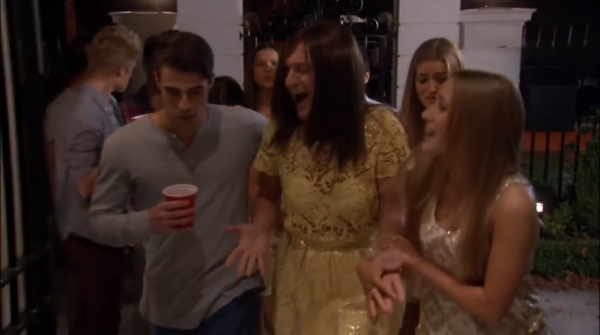 Life has it’s ups and downs. At the Hilford Grammar School for Girls, things can go from good to bad in a matter of seconds, and visa-versa. Thats exactly what happened in last nights episode of “Ja’mie: Private School Girl.” The epic Perfect Prefect Party at Ja’mie’s house runs rampant with quiche guys and fat, lezbo, psycho, boarder bitches. Here’s how things went from hot to cold… then hot again.

Ja’mie is all about giving back to the community – retarded, black, doesn’t matter. Kwami’s dick pic from last episode sparked an ingenious idea to help Ja’mie win the coveted Hilford Medal. As a gesture of her enormous heart and selflessness, Ja’mie decides that she’ll be taking Kwami as a house guest.

After broadcasting the news to the entire student body and capping off the ceremony with another earth-shattering dance performance, Ja’mie and Kwami are approached by the principal with a sleazy boarder bitch in tow. There’s clearly a power struggle lingering between these two, as the deadline for the Hilford Medal is fast approaching. “Go away and stop trying to cash in on my African.”

Whatev’s. Nothing can ruin this night. Kwami is moved in, Courtney is out of her room, and the highly anticipated PPP, or Perfect Prefect Party, is only hours away. The drinks will be flowing, the dance floor will erupt, and Mitchell will be ripe for the picking.

And that’s exactly what happens. Ja’mie and the girls dance their asses off, Kwami makes the rounds with trays of food and drinks, and Mitchell has arrived with a host of quiche friends. Then – shit hits the fan. The boarder bitches are at the front gate demanding entrance.

O, it’s on. Ja’mie and her posy of prefects march to the front gate with the fiery resolve that only a Hilford Medalist can portray. Threats are made, insults fly back and forth, then – the knife in the back. Ja’mie is accused of being FAT! I mean, seriously, don’t they know she had an eating disorder in year 8? Unbelievable. Ja’mie already invited three asians, what does a girl have to do to gain a little respect?

Ja’mie takes the hint after Mitchell offers a comforting shoulder to cry on. She immediately changes her relationship status on Facebook, broadcasting the news to the entire party before one last miraculous drunk dive into the pool. What looked to be a disaster ends in sheer joy. What an episode! 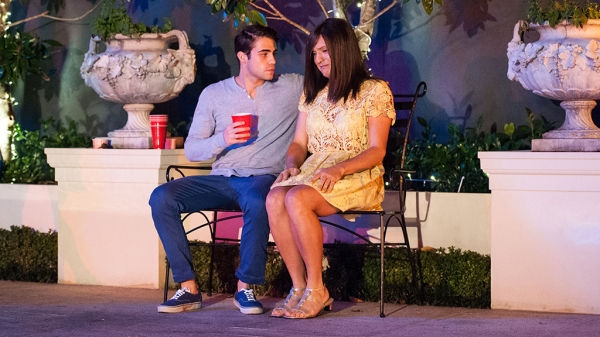 We haven’t seen a Ja’mie meltdown like that since “Summer Heights High,” and my God it was hilarious. Chris Lilly absolutely nailed it this episode. I’m glad to see that Ja’mie is holding her own this season.

The show can drag on in some instances, that’s for sure, but you can always count on a few genuine laughs out of each episode. Ja’mie is such a fun and ridiculous character, it’s hard not to root for her even though she’s so blatantly rude and misguided. With only a few episodes remaining, I’m looking forward to seeing what direction Lilly will take in the second half of the season.

There’s still unfinished business at hand. How will Ja’mie and Mitchell’s “official” relationship move forward? Does Ja’mie have what it takes to win the Hilford Medal and become immortalized in bronze? We’ll just have to wait and see.

Tune in next Sunday for another great episode of “Ja’mie: Private School Girl!” What did you think of this latest episode? Tell us what you think in the comments below.