This should make fans of Issa Rae and Issa Dee quite happy! Here are the details straight from a press release: 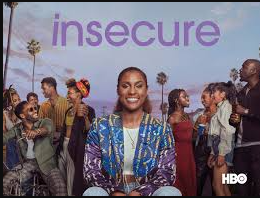 HBO has renewed comedy series INSECURE for a fifth season, it was announced by Amy Gravitt, executive vice president, HBO Programming. “We’re thrilled that Issa, Prentice, and the whole Insecure team will be getting back together for the fifth season,” said Gravitt. “As we laugh and cringe with recognition, their stories make us all feel a little less alone in the world.”

INSECURE’s ten-episode fourth season debuted April 12 on HBO. The series stars Emmy®, Golden Globe and NAACP nominee Issa Rae (“The Photograph”) who heads the ensemble cast, and continues to follow our favorite characters as they evaluate their relationships, both new and old, in an effort to figure out who and what comes with them in this next phase of their lives. 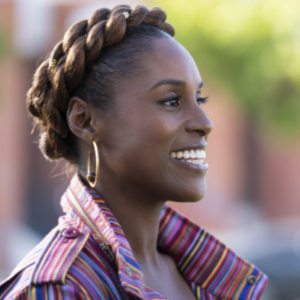 As of this writing, there are only 2 episodes left in Season Four. The big block party we’ve been waiting over is past and we have to wonder wehat is next. Below is a clue as to how this season ends, setting up fans to ponder the plots& relationships for Season Five —

Molly (Yvonne Orji) takes Andrew (Alexander Hodge) to a work function and they struggle to see eye-to-eye. Issa (Issa Rae) continues to search for happiness. The girls get a distressing call about a friend. Written by Prentice Penny; directed by Prentice Penny.