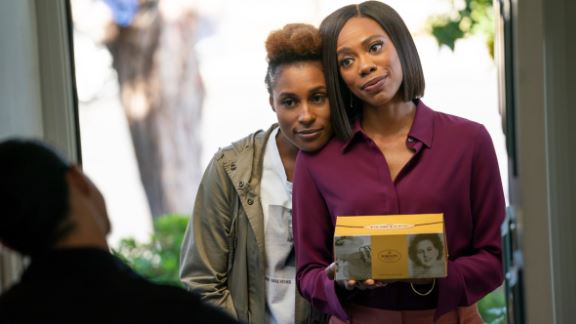 As we come closer to the end of Insecure‘s third season, we see Issa’s antics climb to a whole new level when her new love interest ghosts on her. Meanwhile, Molly (Yvonne Orji) takes a brave new step in the dating world through the encouragement of her friends but finds that door can slam shut just as easily. Lawrence (Jay Ellis) is back around and even making the effort to attend church. Here’s a peek into this week’s episode!

Issa is tripping. Just a little bit. Nathan (Kendrick Sampson) seemed like such a good thing. Issa was being more open about her past mistakes and who she is as a person. She even told him about her rapping! That’s a huge step for Issa. Only it backfires because he completely ditches her. And she’s trying not to think about him but we’ve all been there. Somebody makes you feel special then acts some kind of “special” and you’re out there panicking and internet stalking like nobody’s business because you want the truth. I have to agree with the idea that you don’t owe people things in life, but a little human decency to send a text and at least admit you’re out would be nice. I mean, treat others how you would want to be treated, right? I highly doubt people 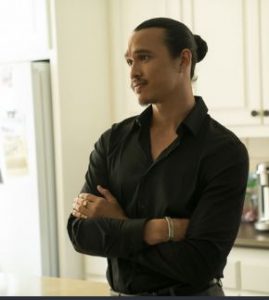 would be okay if someone else ghosted on them, so don’t do it to others, okay? Because people will straight up do crazy stalker-y things to get to the bottom of why someone won’t call you back. No judgment, Issa. Just get out of his room and pretend you have Nathan amnesia. You’ll make it.

Meanwhile, Molly was not interested in pursuing any type of anything with Asian Andrew (Alexander Hodge) from Coachella. But last episode, Issa and Kelli (Natasha Rothwell) insist that she should give the boy a chance. And it goes well for a little bit. They’re definitely vibing each other, enough to have witty banter at least. That’s always a good sign. But then “grimy” behavior comes up and he equates him kissing his friend’s girlfriend to what she had with Dro (Sarunas J. Jackson) and calls them both grimy people. Okay, hold the f*ck up, bro. Molly was taking part in an open relationship and Candice (Gabrielle Dennis) knew. Everyone involved was on the same page until Molly asked for better boundaries and Dro was a douche. He wanted to have his cake and eat it too and treated her like shit for wanting to take care of herself. Not the same thing as you kissing your friend’s girlfriend. Walk off, boy. You can do better, Molly. In fact, next season 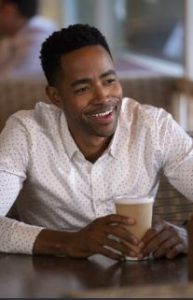 you better because I just want to see Molly have it all. I want to see a woman who has the high powered job and the satisfying relationship she deserves. #JusticeforMolly

We also get some more screen time with Lawrence (Jay Ellis) and I am pleased. While he’s struggled over the seasons, I like Lawrence because at his core he’s a good guy trying to figure stuff out. He decides to go back to church, getting a wary Chad (Neil Brown Jr) to tag along. Well, Chad sees the light apparently though I’m skeptical it isn’t all just for getting laid. But maybe he has seen the error in his ways. Lord knows if anybody in the show needs to make right with God it’s him. His priorities are all sorts of whack. But Lawrence also meets up with Issa and they talk. I don’t know if anything will be rekindled, but they’re at ease around each other and that’s a good sign. Here is  Wine Down featuring Nathan himself, Kendrick Sampson, and a great conversation over insecurity and the actions we take when someone ghosts us!

Next week is the season finale and we’re geared up to see Issa’s birthday and more about her project. Projects like that happen when there’s a person like Issa who just tries. And even if it doesn’t work, though I hope it does, it’s those people who make things happen. You have an idea and even if you might tank, you go for it. You deal with rejection and complications but sometimes it works out and if Issa can make this work, it would definitely open doors for her! Check out the promo.