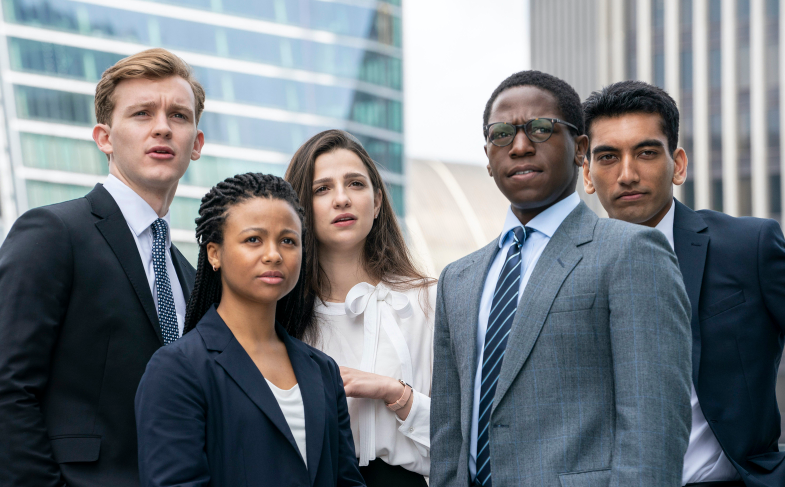 The series opener of Industry, directed by HBO favorite Lena Dunham and produced in partnership with BBC, follows five bright young things on a graduate programme at a top financial institution in London when the UK was in a recession following the 2008 financial crash. This brutal, cutthroat world is shown to us through the eyes of five people who are attempting to be seen by those who matter the most – the ones with a highly coveted job role in their hands. Expertly directed, this episode brilliantly blends two worlds together without alienating viewers. The private and personal lives of five very different young adults are a backdrop to the world of high stakes finance, which to the average viewer is going to be an unknown concept. With some heavy themes hitting within the first episode, the series looks poised to expose the brutality of ‘being employable’ and the controversial topic of graduate programs and internships as a way of overworking and underpaying an entire workforce of young hopefuls. 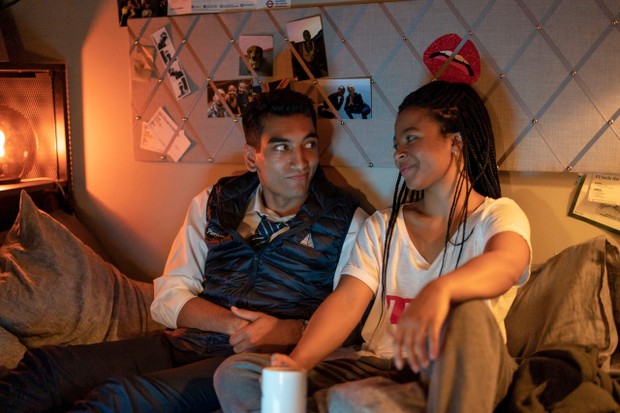 In 2013, a young Merrill Lynch intern – Moritz Erhardt – was found dead in his apartment after apparently working for over 72 hours straight. He would work hard and party hard and barely sleep in between. So driven by work and the need to impress, towards the end of his summer internship where he was paid £6000, he was looking at a handsome job offer. After his death, his flatmates spoke candidly about how the investment bank would often allow its workers to pull all-nighters to meet the demands of international clients. This theme is at the very heart of this opening episode where we see Hari (Nabhaan Rizwan), an overly keen graduate desperate to impress his peers. It almost seems that he feels he needs to be showing his desperation, his ability to pull all-nighters, his constant drive, in order to feel like he is pulling his weight among the big wigs in the office. He is constantly necking energy drinks, fizzy water and pills which seem to be the only thing keeping him conscious. 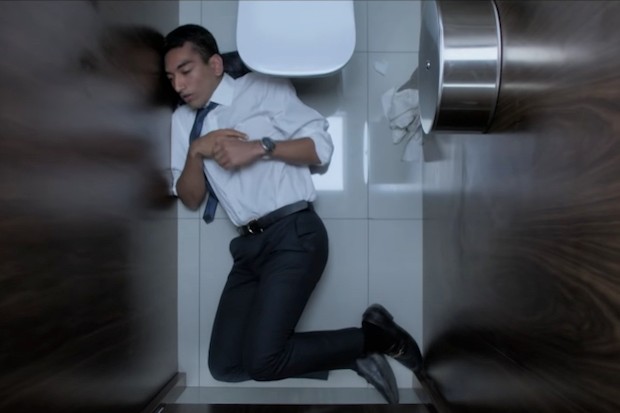 We see him sleeping in short bursts on the toilet floor and getting into a fresh shirt before the sun rises. We also see him go to a party, get obscenely drunk and pass out for a few hours before returning to his routine and getting into work before everyone else does. Hari is a loveable character, he doesn’t seem like a bad person, he seems like a naïve person who is likely to be swallowed whole by the cut-throat world he is entering. While he manages to impress his line manager, his colleagues express mild concern about his behaviour – although not enough to actually do anything about it. Hari meets his end much like Moritz, on the floor of a bathroom. He is wheeled out of the Piermont in a black bag and apart from a short meeting where graduates are asked to keep their mouths shut, little else is made of his death. This bleak ending to his life creates a dark shadow over the nature of the industry, even more so when you know that something like this has actually happened – someone has actually worked themselves to death.

This didn’t stop the shows leading lady, Harper (Myha’la Herrold), from ending the episode on a high when she impresses her mentor with a huge deal. A deal that came at a price. At a client meeting, a few nights previously she experienced some unwanted sexual attention from the mature female client in the back of a taxi. The woman, who showed an interest in Harper from the beginning, doesn’t seem to even notice she has done something wrong when Harper politely shrugs her off. Harper is a headstrong international candidate who despite not having a legitimate degree has managed to impress her way to the graduate programme. We later learn she has lied about her degree and gets a friend back home to forge a transcript for her. It’s interesting to think about the circumstances that have lead Harper to where she is, or, at this point in time, is it merely a case of people willing to lie their way into graduate programs, whatever it takes to get ahead. 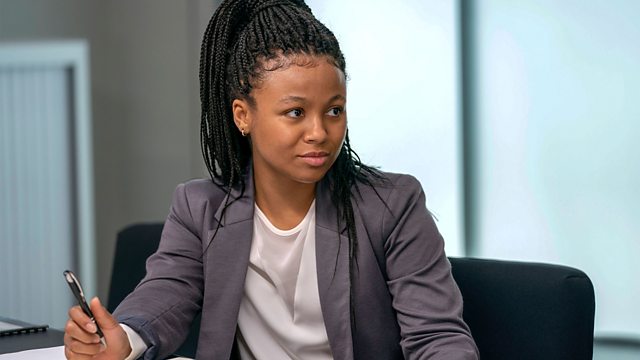 The financial language used in conversation is impossible to follow if you aren’t familiar with the jargon but it doesn’t seem to impede your ability to follow the story. In a truly Aaron Sorkin-esque manner you can get by with knowing the bare minimum with your only point of reference being a vague understanding of the financial crash and a good memory for The Wolf of Wall Street quotes. The characters themselves are quite interesting despite being a collective group of absolute assholes, you are keen to see where their stories are headed. Especially Harper. And despite the fact they seemed to have killed off one of the more personable and interesting characters in the first episode, there are other contenders who could be on quite a journey during this graduate programme. From the ‘hot one’ who seems to have landed herself the role of the lunch lady, the party boy ‘snack’ (as Harper so affectionately calls him) who’s interest in cocaine and woman outweighs his performance in the office and the Eaton School alumni who have self-assuredly waded in at the deep end and seem to be treading water just fine. Who knows what’s going on under the surface though.

INDUSTRY continues on HBO on Monday 16th November. Have you caught on? Are you going to join us for INDUSTRY?