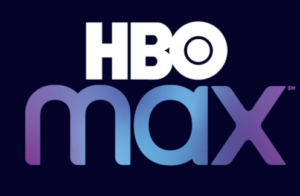 We probably should have done it by now, but this site is paying a lot more attention to the streaming service HBO Max. This is the first in an occasional post about what original works are being developed for HBO Max. That means the content listed here will not appear on the HBO app or the HBO channels but are exclusive to the WarnerMedia site. Here is what is in the mix.

Issa Rae may have put an end date to INSECURE but her production company is working hard toward new works and one, called RAP SH*T, is in development right now. Via a press release we learn the following: 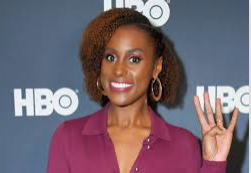 Casting is currently underway. Production is scheduled to begin this summer.

So, I’m feeling an ENTOURAGE via BETTY vibe? I could be way wrong; we’ll find out.

Now that sounds like a pretty bland show title, doesn’t it? Oh, but it isn’t when you associate it with the tagline for the latest Bad Robot concept. This series follows a desperate college student who signs up for a clinical trial that begins a wild, harrowing, mind and reality-bending adventure. Get it?

Well, we’ll get it, on HBO Max, according to a press release:

HBO Max has ordered to series SUBJECT TO CHANGE, an original story from J.J. Abrams, with Jennifer Yale serving as executive producer and showrunner.

This series follows a desperate college student who signs up for a clinical trial that begins a wild, harrowing, mind and reality-bending adventure. 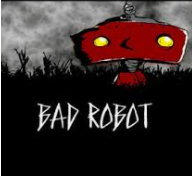 Sarah Aubrey (Head of Original Content, HBO Max) quote: “We cannot wait to bring this complex, eye-opening thriller to HBO Max. It will take viewers on an unexpected ride, showcasing the creative brilliance of J.J., Jennifer and the Bad Robot team.”

J.J. Abrams quote: “It’s been incredible fun weaving this rather insane yarn with Jenn, and I am grateful to her and everyone at HBO Max for the opportunity to bring this story to life.”

Jennifer Yale quote: “I have felt so privileged to work with J.J. and Bad Robot on expanding J.J.’s exhilarating story to create a twisty, thought-provoking thriller where almost anything is possible and yet everything is planned. Now partnering with HBO Max to make it a reality is a dream.”

We will flesh out more details going forward.

Limited series are the norm; here is another. WarnerMedia says –

HBO Max will co-produce and be the US streaming home for limited series THE TOURIST, from BAFTA-nominated and Emmy and Golden Globe-winning production company Two Brothers Pictures (“Baptiste,” “The Missing,” “Fleabag”). The six-episode limited series is headed up by acclaimed writers 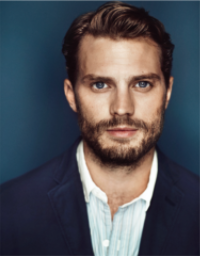 Harry and Jack Williams, alongside commissioning partners BBC One, Stan and ZDF. Jamie Dornan (“A Private War,” “The Fall,” “Wild Mountain Thyme”) will lead this thriller charting one man’s search for his identity. Danielle Macdonald (“Unbelievable,” “Dumplin’”), Shalom Brune-Franklin (“Line of Duty,” “Roadkill”) and Hugo Weaving (“The Lord of The Rings,” “Patrick Melrose”) are also confirmed to join the cast ahead of filming in Australia.

Dornan (pictured) stars as a British man who finds himself in the glowing red heart of the Australian outback being pursued by a vast tank truck trying to drive him off the road. An epic cat and mouse chase unfolds and the man later wakes in hospital, hurt, but somehow alive. Except he has no idea who he is. With merciless figures from his past pursuing him, The Man’s search for answers propels him through the vast and unforgiving outback. Macdonald will star as Helen Chambers, a fledgling Probationary Constable, and Brune-Franklin is set to play Luci, a waitress who’s swept into The Man’s journey for answers. Hugo Weaving plays Agent Lachlan Rogers, one of the most highly regarded detective inspectors in Australia, leading Major Crime for the state police.

Be on the lookout for some thrills in the Aussie heat.

People seem to love the Julia this series is about. Are you among them? The presser states – 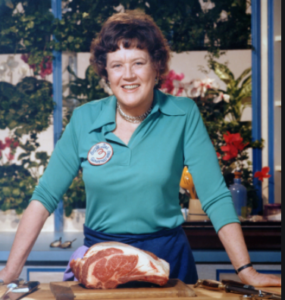 HBO Max has given an eight-episode first season order to the Max Original, JULIA, based on the life of world-renowned chef Julia Child. The series from Lionsgate Television and 3 Arts Entertainment starring Sarah Lancashire (“Happy Valley”) and David Hyde Pierce (“Frasier”), directed by Charles McDougall (“House of Cards”) and written by Daniel Goldfarb (“The Marvelous Mrs. Maisel”), is scheduled to continue production late spring in Boston, where the pilot was filmed.

JULIA is inspired by Julia Child’s extraordinary life and her long-running television series, “The French Chef,” which pioneered the now popular genre of cooking shows. Through Julia and her singular can-do spirit, the series explores an evolving time in American history – the emergence of public television as a new social institution, feminism and the women’s movement, the nature of celebrity and America’s cultural growth. At its heart, the series is a portrait of a loving marriage with an evolving and complicated power dynamic. In addition to Lancashire and Hyde Pierce, JULIA stars Brittany Bradford (Broadway’s “Bernhardt/Hamlet”), Fran Kranz (“Homecoming”), Fiona Glascott (“Fantastic Beasts: The Crimes of Grindelwald”), Bebe Neuwirth (“Madam Secretary”), Isabella Rossellini (“Silent Retreat”) and Jefferson Mays (“I Am the Night”).

Adults like animation too! HBO Max knows that and looks to add new adult animation to the service.

Also, in the works are HELLO PAUL – from creator and musician Sean Solomon, about a neurotic millennial cat whose intense job and freeloading mouse roommate stress him out; OBI – about a 30-year-old man-child chasing his dream to become an artist while navigating adulthood with his friends. Produced by Michael B. Jordan’s Outlier Society, Michael Schreiber for Studio71, and David Devries, OBI is an adaptation of Obi Arisukwu’s popular Instagram comic strip; UNCANNY VALLEY – Executive producer Ed Helms with creators/executive producers Brendan Walter and Greg Yagolnitzer tell the story of three awkward domestic helper robots who kill their human owners and try to assume their identities. Itis produced by Universal Television, a division of Universal Studio Group, and Helms and Mike Falbo’s Pacific Electric Picture Company. Andrew Guest is also an executive producer/writer and COVER – Brian Michael Bendis and David Mack are adapting their acclaimed DC comic book series COVER, an animated espionage thriller and conspiratorial love letter to the comic book industry that was nominated for multiple Eisner Awards. Bendis will write the series and Mack has signed on to direct. COVER is produced by Rooster Teeth Studios.

To watch these toons and all the content listed above at some future date you need HBO Max.