Let us continue our look at the Mark Ruffalo tour-de-force. 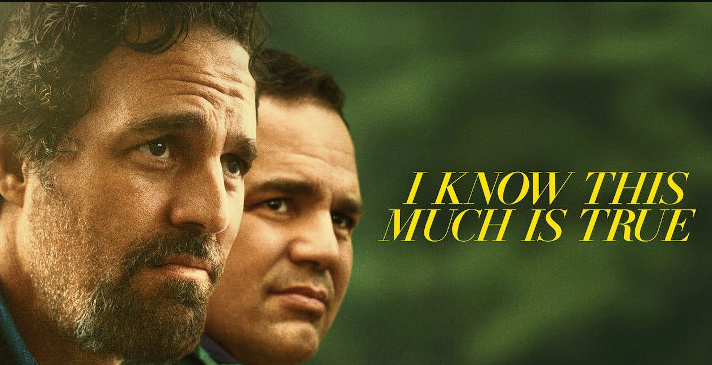 A distressing yet informative flashback, starts the third entry of I Know This Much is True.  Dominick Birdsey narrates an ordeal that transpired during adolescence; an ordeal that would be one of the first occurrences of turmoil between the Birdsey twins. The twins were not the only twins at their elementary school. Penny and Ralph Drinkwater were also, albeit fraternal. As we saw in the first two episodes that despite Dominick’s palpable concern for his brother’s well-being, that love may not be unconditional. Dominick is vexed by his brother Thomas’s irrational decisions, and this anger is intensified when involving people outside of the family circle. Penny Drinkwater was liked by Thomas, however, hated by Dominick. The latter twin was annoyed by her constant lies, mannerism, and her hygiene. On one occasion, when Penny commits a minor infraction, Dominick reports the 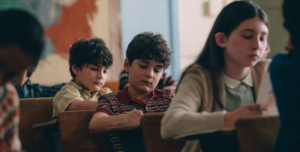 occurrence to his teacher. The situation is brought to the attention of the principal and Penny is suspended for a few days. During the suspension, Penny goes missing and is found dead a few days later, murdered by an unknown assailant. During the closing of this flashback, Dominick narrates that this was the first instance of friction between the twins.

The key takeaway of this series is that despite being of the same DNA, the Birdsey brothers do not share the same ideologies. This is apparent long before Thomas develops mental issues. Advancing in time to their collegiate days, Thomas has trouble focusing, while Dominick makes mediocre but passing grades. Dominick is able to socialize with his peers, and initially, Thomas is as well. After Thomas is put on academic probation, Dominick selfishly requests a new roommate for the upcoming semester thus, leaving an already fragile Thomas emotionally alone, despite physically having another roommate.

In the present, Thomas’s preparation for the psychiatric review board is going horribly. Dominick logically but angrily tell him to not tell the board that cutting off his on hand was the right thing to have executed. Dominick is certain that his brother is not going to be allowed to transfer to a less strenuous environment. Dealing with past issues of guilt for the Penny Drinkwater tragedy, and his girlfriend informing him that she is pregnant (Dominick had a vasectomy, thus she cheated), Dominick is involved in a near-fatal single-car accident.

The accident leaves Dominick in critical, but stable condition. The majority of episode 4 is a series of fever and pain induced flashbacks.

As expected, Thomas is not allowed to leave his current facility. He is to remain there for one year, and then there will be another review board. Thomas’s social worker Lisa Sheffer had a change of heart and mind in episodes 3 & 4.  Initially, she thought Thomas’s actions warranted him being committed to the mental ward. However, after observation and conversations with both brothers, Lisa admits that her initial impressions were wrong. Thomas needs to be placed in an entirely different environment. Lisa, played by a never- 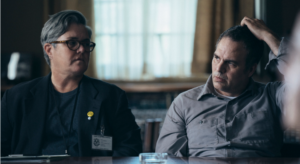 been-better Rosie O’Donnell, is on the surface stern and by the book but is the most compassionate character in the series. Dominick scolded Lisa, for not listening to him initially, and Lisa accepts his reprimand. The duo works feverishly with Thomas to prepare him for the board. Lisa and Dominick are on the same wavelength for what Thomas needs to say during the board. However, their methods are polar opposites. Lisa being far more empathetic, while Dominick grows frustrated with his brother’s ideologies. He doesn’t see Thomas’s impulses as uncontrollable actions due to his mental impairment. He sees it as antics and wanting attention. Due to the accident, Dominick is unable to attend his brother’s hearing. Thomas is upset that his brother is not able to come, however, he is worried about Dominick. Despite his fragile state, Thomas knows his brother wanted to attend. The hearing does not go in Lisa, Dominick, and Thomas’s favor. Thomas is to remain at the ward for another year.

Dominick has a long road to physical recovery and a long road to mental recovery. His mental state is as dire as his brother’s. HBOWwatch.com will publish a review of the penultimate and final episodes in two weeks.   This well-acted series needs to give us some sort of catharsis for these anguished characters. But, will it?