Amongst film fans, it is a commonly held belief that if you want to get an indication of how good a not-yet-released film might be it is best to take note of the director. After all, the director is the one who has input on every aspect of a film. He or she has their hands on the script, the actors, the visuals, the pacing, the editing, and the sound design.

In the world of television, it is only a little different. With television, the person who has the greatest impact on a show is the showrunner. The showrunner is responsible for overseeing the writing, producing, and the other elements that make up the day-to-day operations of the show. The director is just one person who might participate in one or two episodes in a ten to twenty-five episode season. Often, the directors are tasked by the showrunner to use an overall aesthetic that will fit in with the established look and feel of a show. This is how, despite there being five directors for the first season of Girls, which was only ten episodes long, all of the episodes have the same look and feel.

Now imagine you have gone against the conventional wisdom and decided to employ the same director for an entire season of your show. You, as the showrunner, then hire two fantastic lead actors to star in your show. Now, imagine that your show is met with critical acclaim and that the network that airs your show is thrilled with your ratings.

Next, imagine that, for the second season of your show, the fantastic lead actors you hired for the first season depart. Also, the guy who directed all of your first season episodes quits too.  That is the reality that is now facing Nic Pizzolatto of HBO’s True Detective.

Never before has a showrunner on an HBO show had to deal with such a situation. Pizzolatto has to face the fact that Matthew McConaughey and Woody Harrelson will not be returning for season two and that Cary Joji Fukunaga, the man who directed all eight episodes of the first season, will not be back to direct any episodes of season two (although he will be back as a producer).

This is almost like David Chase losing James Gandolfini or Milch losing Ian Mcshane and Timothy Olyphant, plus not having the best (or any) of their directors return for a new season.  The odds stacked against season two of True Detective being as successful as season one are high. There, perhaps, has never been a hit show that faced such a challenging position.

Adding to the challenge is the fact that Nic Pizzolatto does not have a long history of acting as a showrunner. As a matter of fact, this is the only show he has ever worked on as a showrunner.   Living up to the success of season one seems nearly impossible, the odds are stacked against it, but there are some things that could be done to help ensure success.

Firstly, Pizzolatto should take his time to write good scripts. While fans and HBO executives will be clamoring for season two to begin as soon as possible, Pizzolatto needs to make sure that his writing is solid and that the plot of season two is well thought out and compelling. Since the two main characters of season one will not be returning, Pizzolatto needs to make sure that his new lead characters are interesting and fully realized. Pizzolatto should take it slow and allow himself however long he needs to really hone the scripts, never mind how long it takes. 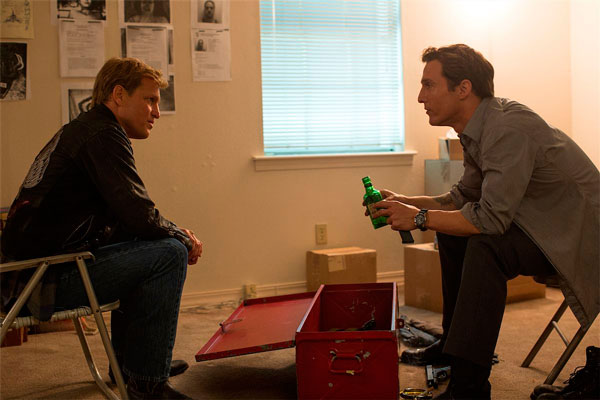 Secondly, Pizzolatto needs to get the casting right. I’m not saying that he needs to cast two more big-name actors, such as McConaughey and Harrelson but his lead characters need to be played by actors of a high caliber. This is mainly because Pizzolatto’s dialog is difficult. He writes more monologues and his turn-of-phrase is much different from your typical television writing. In the wrong hands, his dialog could come across as pretentious or too haughty. Casting high quality actors is something that HBO is typically good with, so Pizzolatto has an advantage there.

Additionally, since Cary Joji Fukunaga is coming onboard as a producer Pizzolatto should lean on his directorial expertise and allow him to aid in choosing a director for season two. And I do think that season two, like season one, should only have one director. What has been amazing about season one is that the tone, look, and pacing has all felt perfectly right. It is almost like a film presented in eight parts. This is something best achieved by having one director, a visionary who can make sure his concept is brought to the screen in exactly the right way. I’m not saying it’s impossible with a group of directors (many television series have pulled it off including most HBO programs) but it is best done with one director in charge. Cary Joji Fukunaga has done such a fantastic job bringing Pizzolatto’s words to screen that it just makes sense that he should help in finding the next director to do the same. 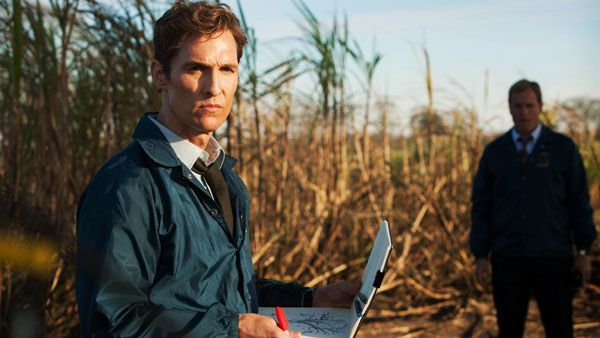 Lastly, season two shouldn’t be more than eight episodes long. What many viewers like about True Detective is that, for a television series, it is a tightly told story with an end point firmly in sight. An eight episode limit would force Pizzolatto to keep the writing and pacing tight and economical, always leading the viewer toward something and not just spinning the wheels in order to pad things out.

But we’re getting ahead of ourselves a bit.  Let’s see what Mr. Pizzolatto does with the script and casting on season two before we make too many judgement.  We have faith in you, Nic!  We’ll update as we have more information on True Detective Season 2 but one thing is for sure: HBO has the makings of a major hit series on its hands.  It will be tough to top this season but if anyone can do it it’s Pizzolatto and HBO.

Tony is a writer who likes television,  film, books, and dogs. He would love to appear on your podcast. Follow him on Twitter at TonyL.