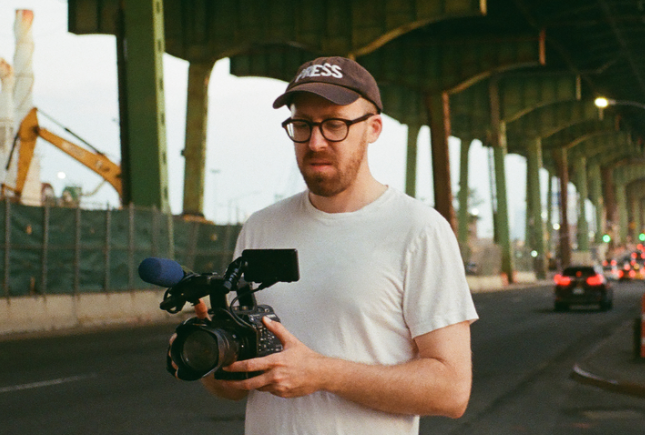 I had forgotten that this docu-comedy was renewed. About all I can say is, if you renewed PAINTING WITH JOHN for another season you might as well have done the same thing for HOW TO WITH JOHN WILSON for they are both similar in two ways. They are both about an everyday guy named John and they just mumble about everything & anything. Granted though, one does while painting obviously and the other does so with a video camera on his shoulder. One can muse on the meaning of life while the other about graffiti and risotto. Well, balls, I can do that!

HOW TO WITH JOHN WILSON locks in for a November 26 debut. A press release spells it out:

John Wilson, documentary filmmaker and self-described “anxious New Yorker,” returns for season two of the critically acclaimed, six-episode HBO docu-comedy series HOW TO WITH JOHN WILSON on FRIDAY, NOVEMBER 26 (10:00-10:30pm ET/PT) on HBO and available to stream on HBO Max. John Wilson continues his heartfelt mission of self-discovery, exploration and observation as he films the lives of his fellow New Yorkers while attempting to give everyday advice on six new deceptively simple topics. Nathan Fielder (Nathan For You) also serves as executive producer, alongside Michael Koman and Clark Reinking.

Building upon season one, the episodes take unexpected turns, but are grounded in John’s refreshing honesty. New York Times named season one of HOW TO WITH JOHN WILSON the best half-hour comedy in 2020, while Vanity Fair named it “the year’s best television show,” calling it, “an extraordinarily heartfelt exploration of what it means to be a person in the world.”

Season two of HOW TO WITH JOHN WILSON is executive produced by John Wilson, Nathan Fielder, Michael Koman, and Clark Reinking. Follow along on Instagram @howtojohnwilson for exclusive content. #HowTowithJohnWilson