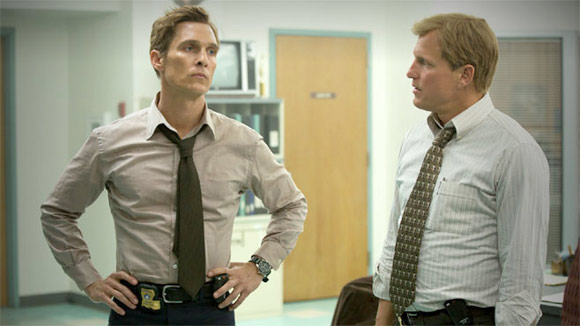 HBO’s True Detective took the world by storm becoming one of the network’s most watched premiere series in years.  In fact it was so big that it crashed HBOGo on the night of the finale!  Those of you with a home theater system and an HBO subscription most likely watched True Detective in HD, on the big screen in your home as opposed to online or on the go.  But we know that just isn’t preferable or desirable for many fans out there so we’d love to give you some helpful hints on how to watch True Detective online.

Sling TV is a cost-efficient streaming service to which you can add an HBO subscription for $14.99 a month. Via Sling TV, you can stream True Detective from your phone, tablet, or laptop.

By subscribing to AT&T’s streaming service, AT&T TV NOW, you’ll be able to view True Detective and other HBO shows as soon as they air. Subscribers of AT&T TV NOW can add an HBO subscription to their base package and watch a wide variety of HBO content online.

CAN YOU FIND True Detective ON NETFLIX OR AMAZON PRIME?

Those who are members of Amazon Prime and therefore have access to Amazon Prime Video can pay for an additional $14.99/mo HBO subscription. Those who subscribe to HBO through Amazon Prime can then access  HBO’s library of content.

Alternatively, viewers can purchase individual episodes or seasons of True Detective through Amazon Prime without an HBO subscription.

True Detective and other HBO shows will never be available on streaming services such as Netflix.

Some of us love to actually own physical copies of our favorite shows.  The great thing about HBO’s DVD and Blu-Ray sets is that they come with BOTH versions of the show (DVD & BR) as well as multiple options for getting a digital download, included free with the discs!  Sometimes it’s silly NOT to pick up the disc sets because they’re about the same price as the digital only versions or LESS if you can find a good sale.

Blu-Ray and DVD may not be the wave of the future but they have some great special features you can’t find anywhere else and HBO almost always allows a free digital version along with it.  Not a bad deal at all! Pick up all seasons on Amazon.

It’s tempting to turn to illegal online methods of obtaining stellar entertainment such as True Detective and other HBO shows. However, downloading or streaming pirated content can open you up to legal ramifications and a host of viruses. Moreover, behind your favorite HBO shows are numerous hard-working and talented individuals whose payment is not only well-deserved but needed if they are to continue bringing the stories we love to life.

Why take a risk when there are so many legal and convenient ways to view True Detective and your other favorite HBO shows online?

We hope that one of these options appeals to you if you’re trying to stream, download or watch True Detective online.  It isn’t easy for those on a budget or unable to subscribe to HBO to watch the shows live online but if you’re willing to wait a bit there are plenty of paid options to get the job done.  And who’s to say HBO won’t open up even more in the future!