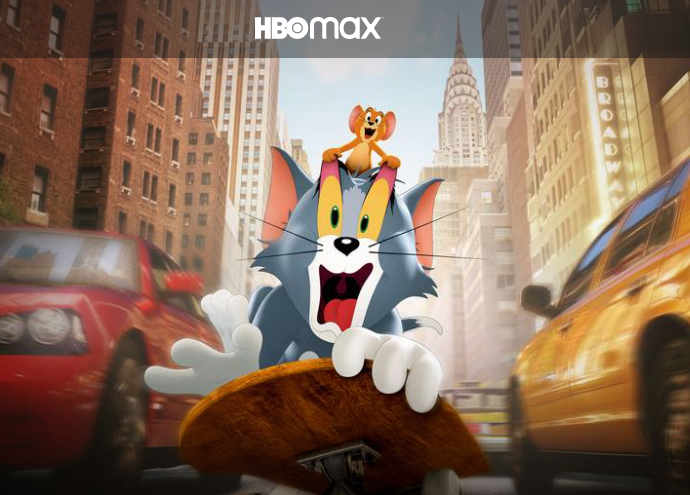 Okay, here is an opportunity to live out your childhood or introduce kids to icons from classic animation. “Tom & Jerry” makes its way into limited cinema houses and online for your enjoyment. The movie is a part of WarnerMedia’s Same-Day Premieres. It opened in available cinemas on February 26, 2021, and uploaded to HBO Max the same day. The only catch is the movie appears for a limited time on the streaming service. It runs until March 28, 2021. You might say that there is another catch, how do I watch this flick in the safety of my own home? Answer – you’ll need to subscribe to HBO Max.  That’s right, check out the latest deals and subscribe now.

Where to Stream “Tom & Jerry” Online

The best way to watch “Tom & Jerry and more online is to grab an HBOMax subscription for about fifteen bucks a month, or you can sign up for six months and get a better deal:

When Does “Tom & Jerry” Premiere?

“Tom & Jerry” is a 2021 American live-action/computer-animated slapstick comedy film based on the cartoon characters and animated theatrical short film series of the same name (beginning in the 1940s) created by William Hanna and Joseph Barbera. It is the second fully theatrical film adaptation of the characters following 1992’s Tom and Jerry: The Movie, and is directed by Tim Story and written by Kevin Costello. The film stars Chloë Grace Moretz, Michael Peña, Colin Jost, Rob Delaney, and Ken Jeong in live-action roles. Nicky Jam, Bobby Cannavale, and Lil Rel Howery also feature in voice roles, while the titular characters are voiced by William Hanna, Mel Blanc, and June Foray via archival recordings, as well as Frank Welker. How cool is that – the original voices!

Here’s the official trailer for your consideration: