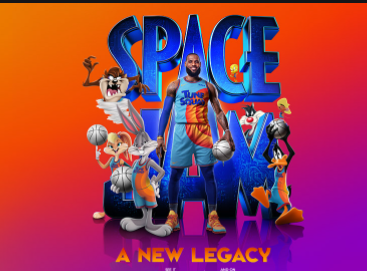 It was done once in 1996 with Michael Jordan, but the Tune Squad has assembled again on the court for another round of serious B-ball in Space Jam: A New Legacy. This time around features LeBron James. The movie employs live-action, traditional 2-D animation and 3-D CGI all blended together to present the Looney Tunes world once again. This movie is the latest WarnerMedia Same-Day Premiere. The movie opened in available cinemas on Friday, July 16, 2021 and uploaded to HBO Max the same day. The only catch is the movie appears for a limited time on the streaming service. It runs through August 17, 2021. You might say that there is another catch; how do I watch this flick in the safety of my own home? Answer – you’ll need to subscribe to HBO Max.  That’s right, check out the latest deals and subscribe now.

Where to Stream “Space Jam: A New Legacy” Online

There was once a time when HBO didn’t have a streaming service of its own. But today we have HBO Max, one of the most advanced streaming services on the market that not only gives you access to HBO’s entire catalog from the past years, but adds new movies, series, and specials of its own plus an endless stream of entertainment options from other properties in the Warner family, like TCM, TBS, TNT, Cartoon Network and the  DC Universe. The best way to watch “Space Jam: A New Legacy” and more online is to grab an HBOMax subscription for about fifteen bucks a month, or you can sign up for six months and get a better deal. The Same Day Premieres are not a part of the ad-supported version of the streamer.

When Does “Space Jam: A New Legacy” Premiere?

What is “Space Jam: A New Legacy”About?

Directed by Malcolm D. Lee (Undercover Brother, Night School), this Warner Bros. film stars LeBron James (who can also be seen on HBO’s The Shop), Don Cheadle (HBO Max’ No Sudden Moves), Khris Davis, and Sonequa Martin-Green in live-action roles, while Jeff Bergman, Eric Bauza, and Zendaya HBO’s Euphoria)  headline the Looney Tunes voice cast. The film follows a similar plot to the original. Basketball champion and global icon LeBron James and his youngest son Dom (Cedric Joe)—who dreams of being a video game developer rather than follow in his father’s footsteps—find themselves trapped in the Warner 3000 Server-Verse, a virtual space ruled by a tyrannical A.I. by the name of Al-G Rhythm (Don Cheadle). After Dom is captured, LeBron must save him and get home safely by leading Bugs Bunny, Daffy Duck, Porky Pig, Lola Bunny, and other notoriously undisciplined Looney Tunes to win a basketball match against Al-G’s digitized champions on the court, the Goon Squad: a team of powered-up virtual avatars of professional basketball stars.