After creating HBO’s 2017 Emmy-nominated hit, The Young Pope,  Paolo Sorrentino has returned with The New Pope. The series boasts, among others, the award-winning actors Jude Law and John Malkovich. Law reprises his role as Lenny Belardo, the fictional Pope Pius XIII. Malkovich plays his would-be successor. Under Sorrentino’s guidance, the series is sure to offer a provocative and thoughtful interrogation of the inner-workings of the Catholic church.

These days, you don’t need a cable subscription to watch exclusive HBO shows like The New Pope. Below, we’ll walk you through your options for streaming this show and others like it online for an affordable price.

Sling TV is a cost-efficient streaming service to which you can add an HBO subscription for $14.99 a month. Via Sling TV, you can stream The New Pope from your phone, tablet, or laptop.

By subscribing to AT&T’s streaming service, AT&T TV NOW, you’ll be able to view The New Pope and other HBO shows as soon as they air. Subscribers of AT&T TV NOW can add an HBO subscription to their base package and watch a wide variety of HBO content online. 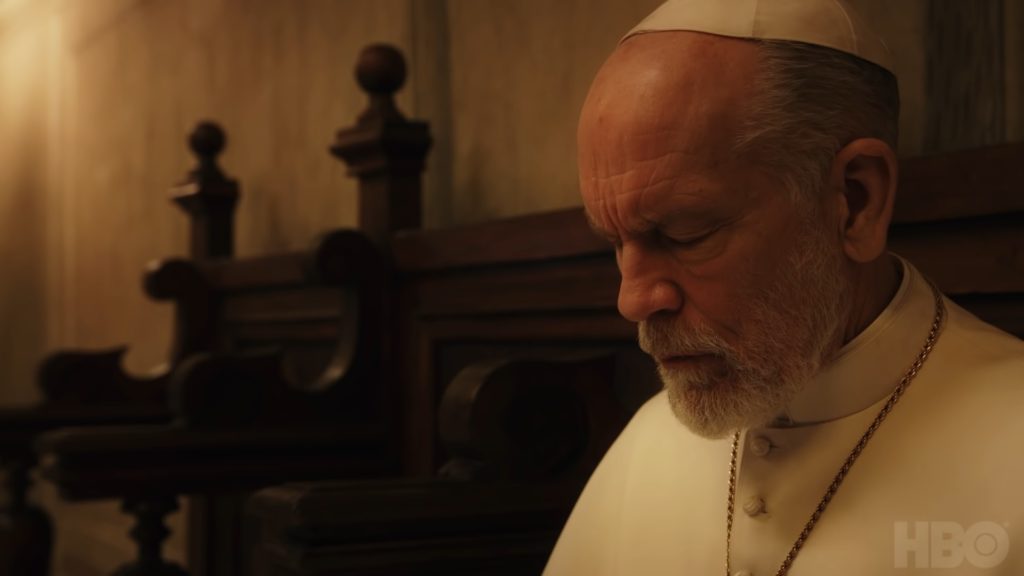 CAN YOU FIND The New Pope ON NETFLIX OR AMAZON PRIME?

Those who are members of Amazon Prime and therefore have access to Amazon Prime Video can pay for an additional $14.99/mo HBO subscription. Those who subscribe to HBO through Amazon Prime can then access both HBO’s library of content and new shows like The New Pope live as they air.

Alternatively, viewers can purchase individual episodes or seasons of The New Pope through Amazon Prime without an HBO subscription.

The New Pope and other HBO shows will never be available on streaming services such as Netflix.

PURCHASE AND DOWNLOAD EPISODES OF The New Pope FROM AMAZON PRIME, GOOGLE PLAY, AND ITUNES

After The New Pope has aired, fans will be able to purchase and download episodes of the show from Amazon Prime, Google Play, and iTunes. However, there is usually a delay between an HBO show’s season finale and the show’s availability for purchase through such services.

Fans who choose to buy episodes of the show or the complete season through iTunes, Amazon Prime, or Google Play will not be able to watch the show as it broadcasts live and may have to wait a few months before The New Pope becomes available for purchase.

It’s tempting to turn to illegal online methods of obtaining stellar entertainment such as The New Pope and other HBO shows. However, downloading or streaming pirated content can open you up to legal ramifications and a host of viruses. Moreover, behind your favorite HBO shows are numerous hard-working and talented individuals whose payment is not only well-deserved but needed if they are to continue bringing the stories we love to life.

Why take a risk when there are so many legal and convenient ways to view The New Pope and your other favorite HBO shows online?