With little in common besides coarse language and regular displays of brutality, both The Sopranos and The Wire have influenced our fascination with crime and social delinquency. With a consistently high level of acting, writing and filmmaking, both of these shows have pushed the boundaries, raised our expectations as avid TV viewers. 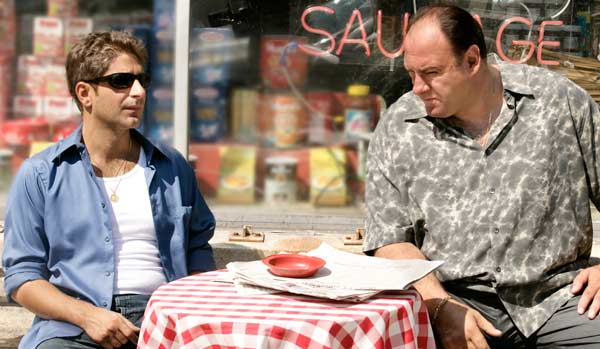 Influential is a word heavily linked with both HBO masterpieces, but a show that’s distinguished exclusively because of its influence cannot be a truly terrific show. A terrific show, like a terrific movie or song, takes its influences and converts them, or at the very least adds a new dimension. Both The Wire and The Sopranos exceeded this ambition, deciding to ask just one question; why add a new dimension when you can create a new template?

The Sopranos, enormously indebted to the Godfather series, is a modern day mob story, boasting an underlying subplot that oozes ingenuity and sheer dexterity.  The unique thing about David Chase’s hit TV show is the following; the impression of gangster ambition isn’t just visual, the ambition moulds each character within the framework of the series. Chase’s criminal creations exchange movie quotations like bored housewives exchange gossip. Undoubtedly, the authority of sixties and seventies American literary fiction weighs heavily on Chase’s mind.

The main thing that impressed me as an avid viewer was the complexity of Tony, his misfortunes and various suburban distresses suggested a mobbed-up translation of a Saul Bellow novel. From early morning epiphanies in the backyard to walking in a state of reverie, we are given an insight into what really defines Tony as a human being. Season two set a new tone for HBO, with the foot somewhat removed from the accelerator, Chase slowed down the show’s tempo and introduced a generous amount of black comedy and fantasy. No need for a map, no need for satellite navigation, Chase and his writers knew where the show was headed. The Sopranos was taken to a higher level; it seemed to be channelling an ethereal manipulation, a direction that would make Tarkovsky or Fellini smile. 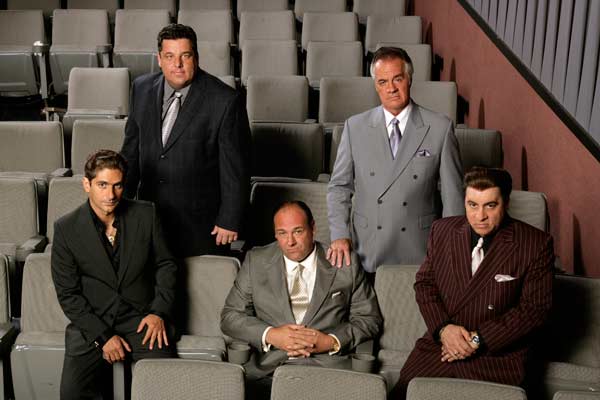 What about the influence of HBO’s other major brainchild? Starting out as an unflinching examination of the tension felt between cops and drug dealers in Baltimore’s putrefying inner city; David Simon’s The Wire was both gritty and sincere. As the seasons ensued so did the subplots involving other city institutions. Some of these subplots highlighted the conventional laissez-faire “dilemma” that has been part of TV for over half a century. From West Side to The West Wing, news reports and modern history have always been hugely intertwined, influencing the way society functions and behaves. How many times did you pick up a newspaper during The Wire’s glorious run and glance upon a story of law enforcement fraudulence or illegal inanity? This malfeasance seemed to come from above, sanctioned by the entertainment deity, delivering a level of irony that seemed so surreal.

In addition to his nucleus of valued writers, Simon enlisted the assistance of some high-profile novelists from the orb of crime fiction, including the legendary Richard Price.   The Wire is almost a mirror reflection of Price’s fiction.  The manner in which Simon balances sinister, sadistic, and at times pliable sin with the moral gloom of politics is something truly splendid.    Both of these HBO shows altered the very meaning of inspiration, changed the definition to the point where TV now seemed innovative, pleasantly unrecognizable, submerged deep within an intrinsic storyline, even reinvented beyond comprehension. 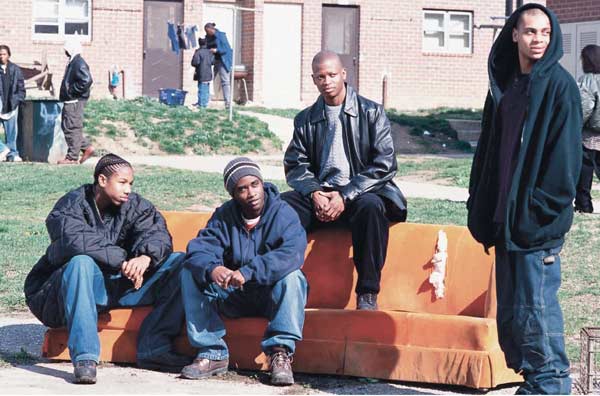 For me, only just, The Sopranos is the frontrunner. That is if you count contemporary gangster movies and intellectual fiction as being intrinsically more worthy of critical reverence than documentaries, daily news, and unremarkable mystery/crime fiction. With that being said, it is like choosing the most attractive woman at Miss World, either way, whichever way your inclination sways, beauty will be drawn in and embraced.  How a rather austere, low-budget drama received the greatest TV show of all time accolade boggled the minds of some critics. Entertainment Weekly decided that Simon’s creation deserved the title, and other publications such as Time, Vulture, Slate, Complex and Newsweek also referred to The Wire as the greatest show in American television history. This level of high praise came both before and after the HBO series went off the air in 2008.  Naturally, for so many, the reason that The Wire deserves to be recognized as one of the best shows ever involves the numerous Baltimore city blocks. With experience as a former police reporter and newspaperman, David Simon’s 60-episode series simmered with startling realism and blistered with a social exigency that most audiences had never experienced before. Each of the show’s five seasons alerted us to a singular facet of Baltimore city life—the drug trade, the dockyard structure, city government and administration, the education agreement and news print media—with mostly anonymous actors playing the role of cops, drug lords and fraudulent politicians all thirsty for blood. The sociopolitical concerns were so unrefined, and the stories so valid, that The Wire often felt like a subsisting documentary; an echo constantly reverberating back onto society what we needed to hear.

Resonating like no other show in history, The Wire was so culturally, even racially significant, and, with special acknowledgement of its flawlessly executed final season, altered the terrain of its medium—in this instance, TV — perpetually.  As much as I admire The Wire for everything that it has contributed to the world of entertainment, The Sopranos did seem to contribute more, albeit in a marginal sense. Even though critics may consider it rather superfluous to declare that both the greatest movie and the greatest TV show ever have a mobster core, I do not. If you happened to have been living in a cave and have never witnessed this extraordinary HBO drama about an Italian-American crime family, led by the affable patriarch Tony Soprano (the recently deceased James Gandolfini), I propose that you phone your boss and tell him that you urgently require a few personal days to attend matters of a considerably “pressing” nature.  Whereas another great series such as Seinfeld was basically “a show about nothing” that changed everything, Chase’s creation was focused on everything and changed everything. In my opinion, along with the mastermind that is Larry David, Chase will remain HBO’s greatest contributor for the foreseeable future, and quite possibly will never be surpassed. How can one exceed perfection? 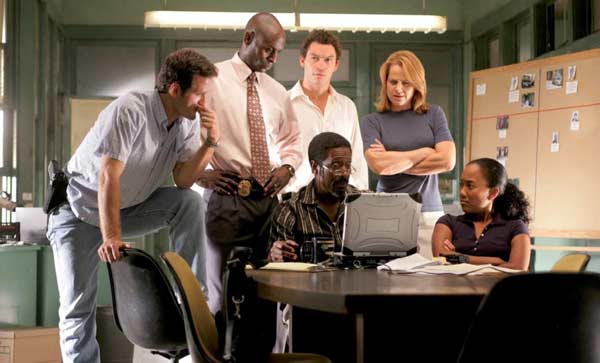 Merely judged as evaluations of the human psyche, neither The Sopranos nor The Wire will fill you with a sense of warmth or geniality. Brutally honest, both depict the heavily industrialized situation in America, an aging empire in a rapid state of decay, an economical suicide. In the pilot episode of The Sopranos, when Tony informs his shrink Dr. Melfi in that sometimes he feels like he “came in at the end, that the best is over,” perhaps he is alluding to the bigger picture, society should sit up and take note, the good times are over. “Bunny” Colvin’s pessimism (or realism) could also be compared with Tony’s. The no nonsense police captain who finds himself deeply involved with the public schools in season four of The Wire says, “You put a textbook in front of these kids, put a problem on the blackboard, teach them every problem in some statewide test, it won’t matter, none of it. ‘Cause they’re not learning for our world; they’re learning for theirs.” Harsh words, no doubt, however, how poignant, how true. Did somebody order a reality salad with a healthy dose of cynical dressing?

Akin to the most glorious TV series (and novels, movies, and LPs), these dramas aren’t just unearthing the exploits of ethically questionable characters who might or might not be associated with the wider world. There is an invariable belief that these people belong, that they are directly and indirectly linked to each other as well as to general society. The real beauty of both The Wire and The Sopranos is delivered through intricately planned storylines, the characters personalities and thoughts are emblematic of the conditioning that’s been placed upon their shoulders, the mannerisms they’ve inherited and the principles they’ve been told are essential. These aren’t merely shows that swagger with attitude or grandeur; these are shows with a vision, a philosophy, and a take on problems that will always face our society. 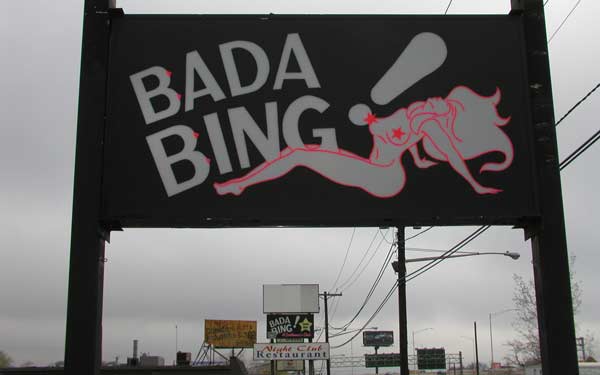