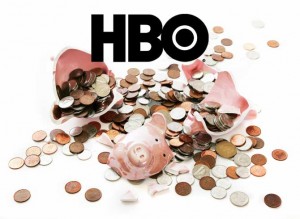 It seems like these days everyone wants to get into the premium programming game.  Netflix is now releasing exclusive series and even network television has stepped up its game hiring bigger named actors and pouring more money into production.  People expect more out of their cable subscriptions today than ever before.  But how much should a subscription to these services cost? It’s currently at $15 per month the most direct way,  HBO Max:

Most HBO Watchers subscribe to the premium cable network  because their favorite programs can be found only there.  It’s tough to put a price on the ability to watch Game of Thrones, Boardwalk Empire and exclusive documentaries in 1080p, watching online anytime and now anywhere with HBOGo.  But what are the actual rates?  The answer is of course quite complicated so we wanted to bring you the latest from each of the major cable provider’s websites below.  Rates may vary in your area (in fact, they will) and be sure to ask about any special deals they may be running.

Again most cable companies run discounts that can reduce these prices for going with larger cable packages.  Other companies offer free HBO for 6 months, 12 months or more so you’ll just have to give them a call to be sure.  These are just the base rates available on these company’s websites.

There’s a new alternative to cable that includes tons of streaming channels like ESPN, AMC and HGTV called AT&T TV NOW. It costs about $35 a month for a ton of channels and you can tack on HBO for only $5! That’s the lowest price we can find anywhere so if you’re looking to cut the cord check out the seven day free trial on AT&T TV NOW.

Sling is a cable alternative that doesn’t require much more than $25 a month to get most of your favorite channels. This doesn’t include HBO though and you’ll have to add $15 for HBO.

You can sign up or explore the service more here.  There’s a 7-Day free trial so this might be a nice alternative if you want to give it a chance.

HBO Now is also a great option at $14.99 per month.  There are even rumors of a discounted service coming soon.

Regardless we hope this gives you a general idea of how much an HBO subscription costs.  A quick average of the six prices comes to about $16 if you’re counting.  Whether or not you feel like that is worth it or not is up to you.  But remember HBO places much value in exclusivity. The prices surely earn HBO the title of premium cable network.

Here’s the quickest way to subscribe to HBO online through HBO.com official or check out our guide to doing the same

Are you a subscriber?  Are these prices too high?  Too low?  Leave your comments and concerns below.