Today we’re excited to publish a guest post from Hans Ericsson, a freelance writer who enjoys several HBO programs on a regular basis but also would love to see the Battlestar Galactica series on his favorite network as well!  Just to clarify this is not a news article confirming the existence or even the rumors of a BSG series on HBO.  It is simply Hans’ own speculation on how and why that would work!  Sorry BSG fans.  Hans enjoys traveling and being outdoors with his dog in his spare time. As far as he knows, he is not a Cylon.

By the numbers, the 2004 re-boot of Battlestar Galactica on the SyFy Channel may not have seemed like a big deal. It started strong, but by the end, on paper at least, the interest had faded by the time it ended. There are quite a few theories as to why this may have happened, and while the series finale may not have pleased everyone (I loved it for the most part), it didn’t disappoint fans in the way that say, Lost did.  Many, including myself, consider BSG to be the best science fiction television show ever made (sorry, Firefly). With an amazing ensemble cast, character driven plots and high production value, it had, and still has a serious impact on the way that sci-fi could, and should be done. 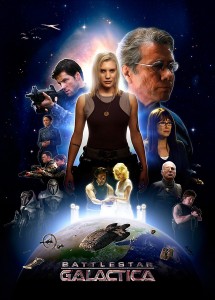 After an attempted to expand the BSG universe with the short lived Caprica (canceled after just 18 episodes), SyFy announced Battlestar Galactica: Blood & Chrome would be going into production.  The story, set to take place in 10th year of the First Cylon War, would follow the adventures of a young William Adama (the eventual main character in BSG).  For those not familiar with BSG, Adama is a hardened badass by the time we get to know him in BSG. I’d like to think this means his back story is should be filled with a mix of heroics, heartbreak, and internal conflict.  This show should be SyFy’s chance to get some serious ratings, as Battlestar Galactica: Blood & Chrome could be a truly fantastic show, but I don’t think it will ever see the light of day on SyFy.

The pilot was filmed in Vancouver over a year ago, and there’s no mention of any up coming trailer or release date from a credible source. There’s been talk that this potentially awesome show may turn into a web series, which is the equivalent of having your movie go straight to video. That’s not the only thing that could potentially kill the show before it starts.  Apparently the filming was done in front of green screens and the pilot was set to use mostly digital backgrounds.  I may not be a fancy Hollywood executive, but is this really a better approach to filming than building an actual set? 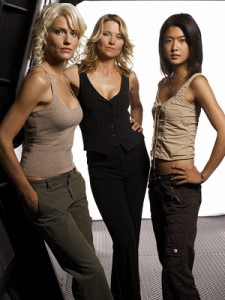 It’s not a matter of how Blood & Chrome would work for HBO.  The question is, why wouldn’t this work for HBO?  Take a moment and think about the elements that make the original programming on HBO stand out. Now try to imagine applied to a show like this. Conflicted and interesting characters with emotional depth, plots that are complex yet intriguing, and high production values used to create worlds where good and bad aren’t always so clear are just some of the things HBO does well that would apply here.  Add to that the bit names that HBO attracts. The roles in the show could be filled with high quality, well respected actors faster than an Irishmen on St. Patrick’s Day.  If the day should come when SyFy decides to sell the rights to Blood and Chrome, I hope HBO is there to pick up the pieces. Once that happens, all they need to do is take equal parts Band of Brothers, Boardwalk Empire, and Game of Thrones, toss in some of HBO creativity,  and baby, you got a stew going.

UPDATE: Last night a trailer for Battlestar Galactica Blood and Chrome hit the net!  What a coincidence!  While not on HBO, it’s still cool!  Here it is: