Well, I guess we shouldn’t ignore the announcement, right? We weren’t the quickest to jump on it but there is not a whole lot of new information to state. Here it is – the premiere date for HBO’s GAME OF THRONES’ prequel HOUSE OF THE DRAGON is Sunday, August 21, 2022.

Oh, wait, I stand corrected, it should be read as…

The ten-episode series, set 200 years before GoT, will run until October 23 and in that time will play out a crucial time period for the House of Targaryen. Paddy Considine plays King Viserys Targaryen, chosen by the lords of Westeros to succeed the Old King, Jaehaerys Targaryen, at the Great Council at Harrenhal. A warm, kind, and decent man, Viserys only wishes to carry forward his grandfather’s legacy. But good men do not necessarily make for great kings. 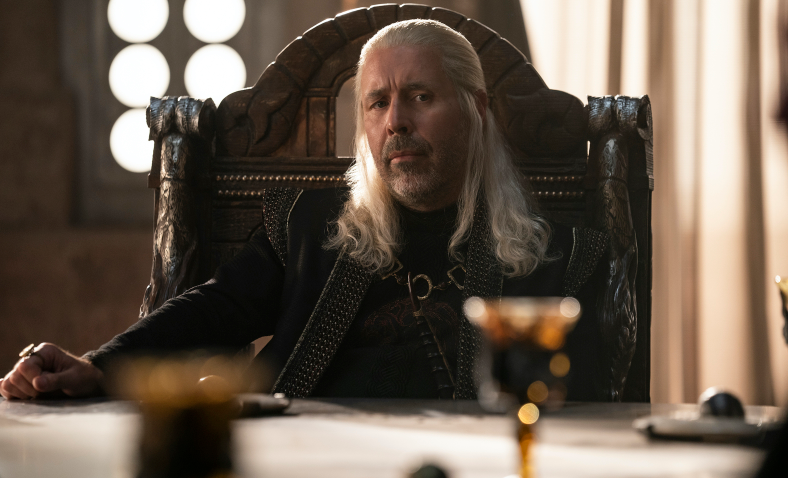 There are more new images like the one above featuring key players. In candle glow is Rhys Ifans as Otto Hightower. The Hand of the King, Ser Otto loyally and faithfully serves both his king and his realm. As the Hand sees it, the greatest threat to the realm is the king’s brother, Daemon, and his position as heir to the throne. 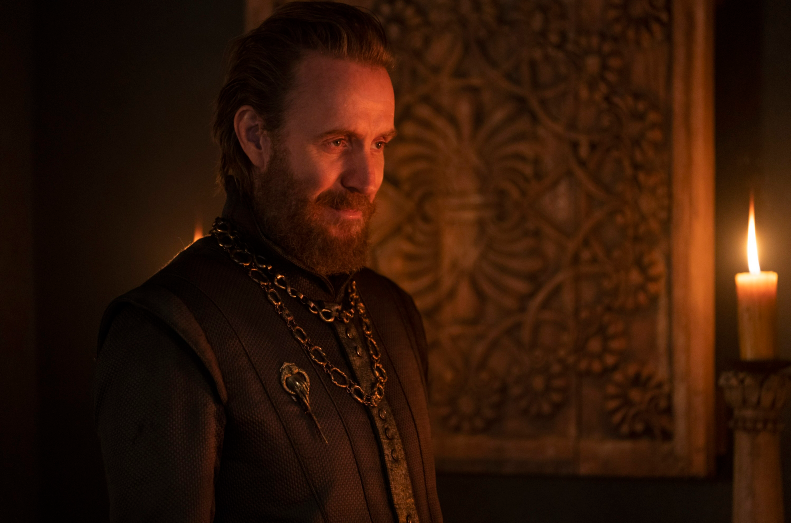 Pictured below is Fabien Frankel as Ser Criston Cole, of Dornish descent, the common-born son of the steward to the Lord of Blackhaven. Cole has no claim to land or titles; all he has to his name is his honor and his preternatural skill with a sword. 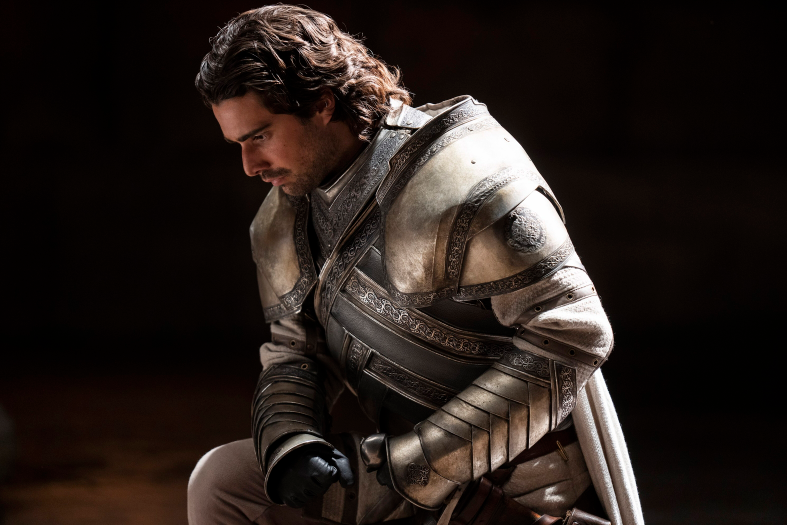 Whether you are eager for the adventures of these men and others including Princess Rhaenyra Targaryen (Emma D’Arcy), Princess Rhaenys Targaryen (Eve Best) and Mysaria (Sonoya Mizuno) is up to you. Since before this production geared up, we have heard of those tired and over all things Westeros, mainly because plots didn’t conclude the way they thought they should, and it all seemed sloppily rushed. While others are willing to give the new show a chance. So, either you will mark the date above as an important one to remember or not. We’ve done our job of announcing it. The rest is up to you. 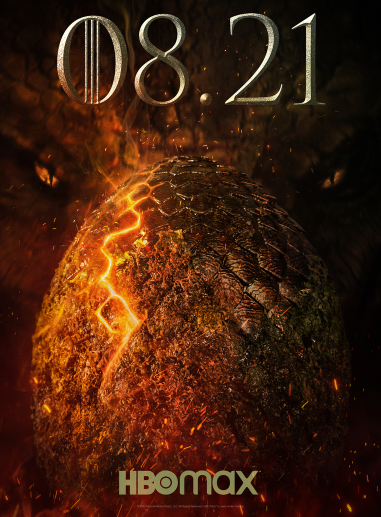