Word has dropped that we are adding to the cast of the anticipated GAME OF THRONES prequel HOUSE OF THE DRAGON. Joining Paddy Considine, who will play King Viserys Targaryen, who was previously announced we add Olivia Cooke, Matt Smith and Emma D’Arcy. If you haven’t read the source material that this series is based on, which is George R. R. Martin’s “Fire & Blood” the character names just might not mean too much to you, but for the die-hards, they surely will. 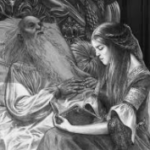 Olivia Cooke (Bates Motel, Vanity Fair) will play Alicent Hightower. She is the daughter of Otto Hightower, the Hand of the King, and the most comely woman in the Seven Kingdoms. She was raised in the Red Keep, close to the king and his innermost circle; she possesses both a courtly grace and a keen political acumen. 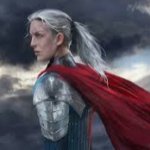 Emma D’ Arcy (Truth Seekers, Wanderlust) will play Princess Rhaenyra Targaryen. She is the king’s first-born child. She is of pure Valyrian blood, and she is a dragon rider. Many would say that Rhaenyra was born with everything — but she was not born a man.

Matt Smith (Dr. Who, The Crown) will play Prince Daemon Targaryen. He is the younger brother to King Viserys and heir to the throne. A peerless warrior and a dragon rider, Daemon possesses the true blood of the dragon. But it is said that whenever a Targaryen is born, 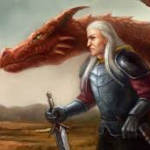 the gods toss a coin in the air.

Those of you in the know about the Targaryen line and the epic Dance of the Dragons can surely weigh in on whether this lineup of talent fits the bill and will fill out the costumes just right or not. Some avid fans are, by definition, fanatic on how everyone in this milieu must look & carry themselves. What do you think of the casting? As HOUSE OF THE DRAGON takes form we will keep you posted.