A teaser trailer for Danny McBride’s latest HBO series The Righteous Gemstones has finally arrived, and while it is only a minute long, it is packed full of glorious little tidbits of what this show is going to bring. So what can we expect from Danny this time? 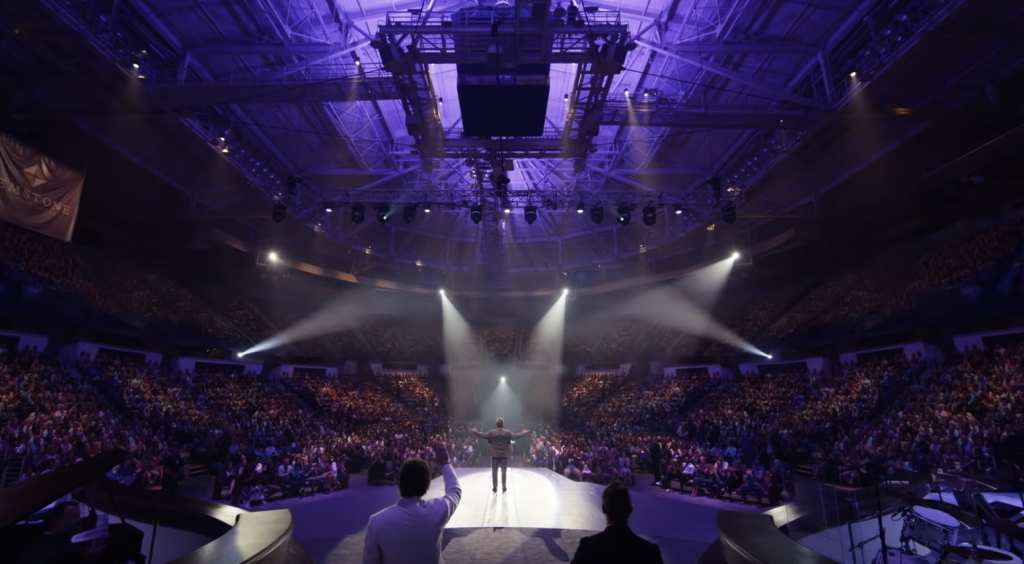 In an interview with Colliderback in 2018, McBride mentions that they had just finished filming the pilot and were ready to “kick this sucker into high gear”. He also mentioned that he has directed the first episode and David Gordon Green and Jody Hill, his longtime collaborators and executive producers took care of the rest. With that in mind, considering these three are responsible for Vice Principals and Eastbound and Down I can only expect that  The Righteous Gemstones will be tonally very similar. One moment you’re ushered into a state of total darkness and depression, the next you’re falling on the floor laughing. He goes on to 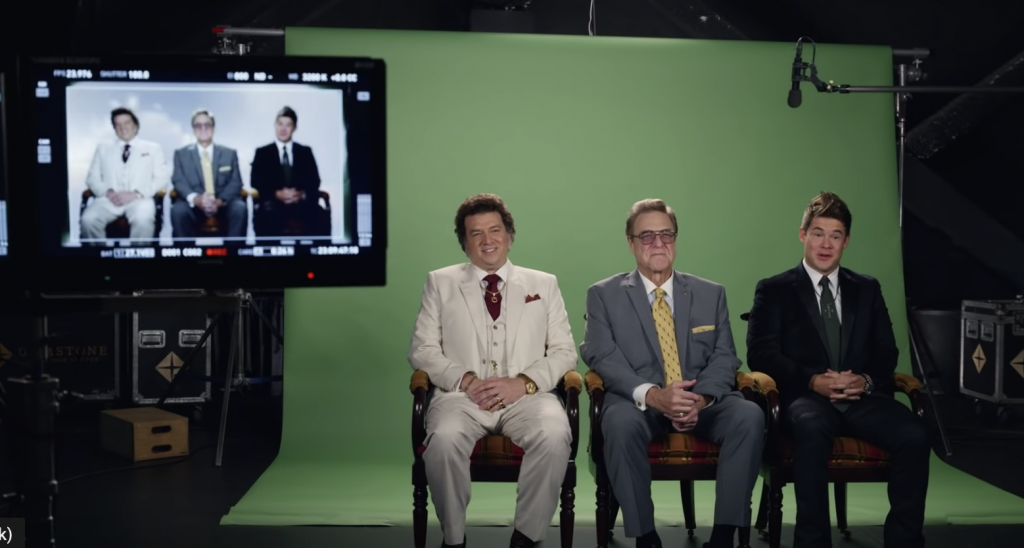 talk about his inspiration for the show, that it has come from real life experiences much like Vice Principals and Eastbound did (McBride used to be a substitute teacher). He talks about how he grew up in a very religious household and when his parents were divorced, his mother was shunned by the church. He says the chip on his shoulder is nothing to do with religion, but rather those who used teachings from the church to make others feel bad about themselves. Saying that he’s “always secretly wanted to tell that story.”  He explains that this isn’t a show about religion and that like with other shows they have made together its about characters and relationships. He goes on to talk about the Gemstone family and their fame and fortune that has come from being televangelists makes them similar to Neal Gamby of Kenny Powers in their delusions of power, “if Gamby can think he’s a ruling king because he’s the principal of the school, or Kenny Powers thinks that because he played baseball than he’s better than everyone else around him, that’s what this is, too.” The show begins just after the death of the mother and the family is learning how to deal with that and how it affects them. 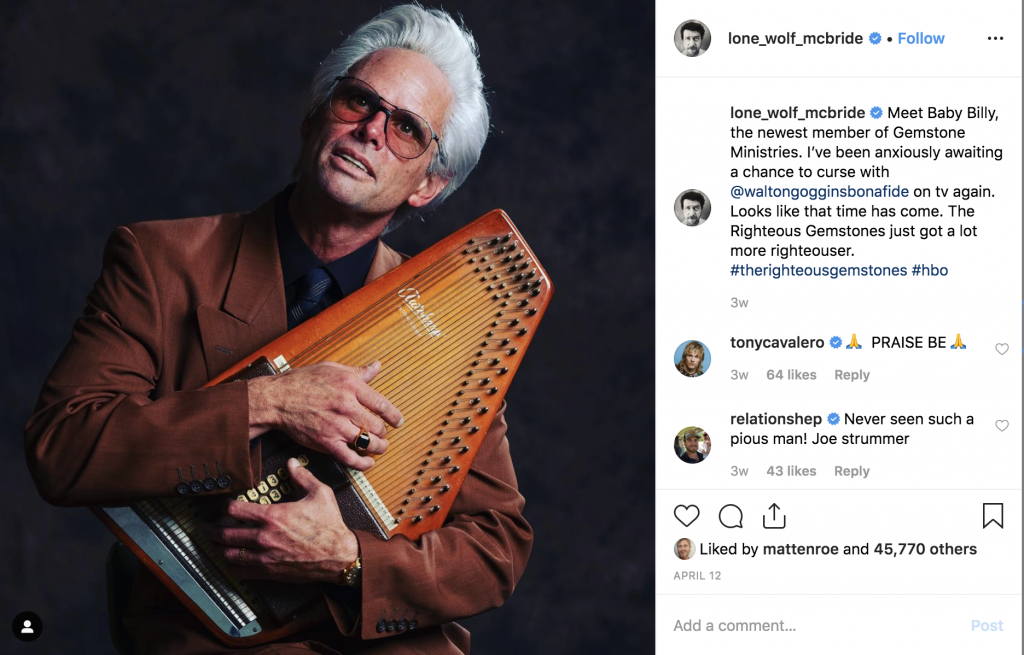 We will see some familiar faces return to our screens in the forms of Walton Goggins and Edi Patterson who were both in Vice Principals. Goggins played sadistic co-vice principal Lee Russell and Patterson was the unhinged faculty member Ms. Abbott. McBride announced on his Instagram page that Goggins would be returning as Baby Billy and added that he had been “anxiously awaiting a chance to curse” with Goggins on TV again. Baby Billy is a former child star, who since falling on hard times as an adult comes to the Gemstones for salvation. It’s unclear how much Goggins will feature or how his storyline will play in with the family dynamic but will undoubtedly garner some of the bigger laughs. Danny McBride has talked before that he found a certain affinity with Edi Patterson after discovering they share the same sick sense of humor and knew that after Vice Principals he wanted to work with her again. She plays Judy Gemstone, daughter of Eli Gemstone (Goodman). It’s unclear from the synopsis or the trailer what her role will be, but like Goggins, I am sure her scenes will bring about some memorable moments of hilarity. 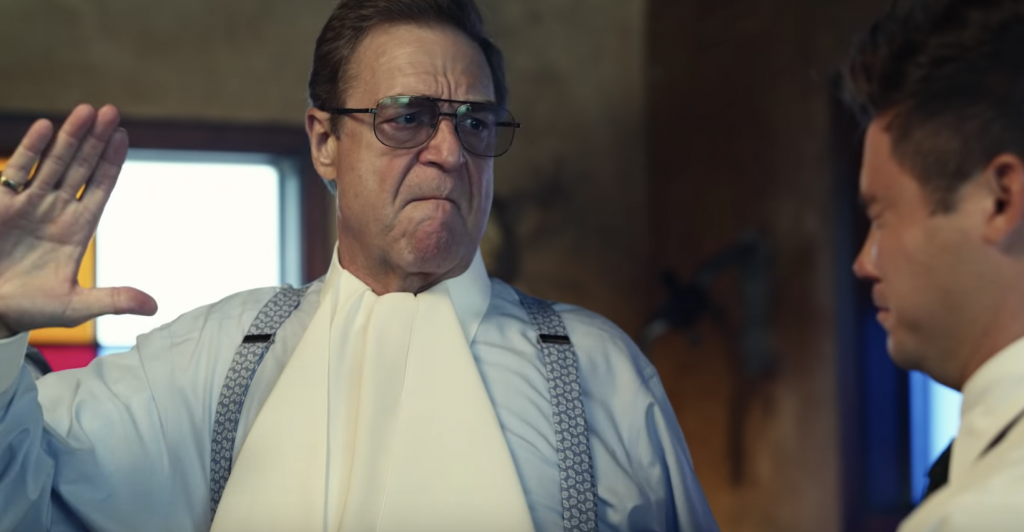 Some key moments from the trailer already allude to a disruptive family dynamic with John Goodman playing Eli Gemstone, Danny McBride playing Jesse Gemstone and Adam Devine as Kelvin Gemstone, who all handily introduce themselves right at the beginning of the trailer. We then see, mostly, a sibling rivalry between Jesse and Kelvin.  Presumably one is more of a favorite in the eyes of Eli and their competitive nature comes from seeking approval from their father. Seeing Adam Devine break into this kind of comedy is going to be very interesting. He has already established himself as someone who can make you laugh proven through his various comedy roles but this will be a completely different kettle of fish to the sitcoms and Netflix originals we are used to seeing him in. Bringing him into the McBride/Hill/Green fold feels right. As with Goodman, who declared his appreciation for Danny on Late Night with Seth Meyers will also thrive under the direction of these three; Goodman can be equal parts terrifying and hilarious so again, this feels right.

The trailer doesn’t give anything away about what is actually going to happen in this show but rather focuses on the relationships and the characters, as McBride mentioned. The show is more about this than anything else. It is enough to get you excited and see the kind of style and tone that it might take. There is sure to be some very tongue in cheek moments regarding religion that will likely upset people, but what’s more certain is that it will explore some interesting family themes. Eastbound and Vice Principals touched on these themes with Kenny and Dustin’s family, his relationship with his mother and father and his relationship with his own child and Neal with his broken marriage and teenage daughter, so it will be great to see it taking more of a front seat in the storytelling of the Gemstones family too.

Check out the trailer below and let us know what you think in the comments!