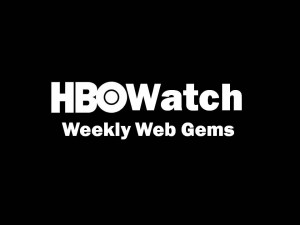 Personally, I find myself getting a little too carried away with the storylines of my favorite shows sometimes and end up having to take a step back to put things back into perspective. Most of all, I start to gain an emotional attachment to the characters; almost to the point where the actors and characters sort of blend into one person. It’s at this point where stepping back is really beneficial. After all, these people aren’t just the characters they play; they are real people, with real interests. They do stupid and rather embarrassing things just like everyone else; but they also show us just how awesome they are outside of acting. So, in order to help you all put your favorite HBO shows back into perspective, starting today is my first weekly installment of the HBOWatch’s Weekly Web Gems Series.

My plan: Every week I will bring you a collection of videos, pictures, memes, and tweets that show a different side to the actors that are involved in your favorite HBO shows. Hopefully, you will see a little of what makes these people tick and I won’t embarrass anyone.

Since Game of Thrones only has three episodes left (insert sad face here), I want to finish out the season strong and dedicate the first Web Gems edition to the actors on the show. Now, with my thoughts and reasons out the way, let’s get started:

Have any thoughts, suggestions, or opinions about this post? Give us some feedback in the comments sections below. If you have any Web Gems you would like to share, drop me a line on my twitter at @PurplePachyderm.

There really aren’t words to describe how I felt when I first saw this video. It was definitely one of those “Wait. What?” kind of moments. So, apparently Jerome Flynn (Bronn) has had three number one hits in the UK as part of a duet called “Robson & Jerome”. I know, it’s such a creative name right? Anyways, this video shows big bad Bronn performing on Top of the Pops back in 1995. If only Tyrion could see this.

Check out the album cover: 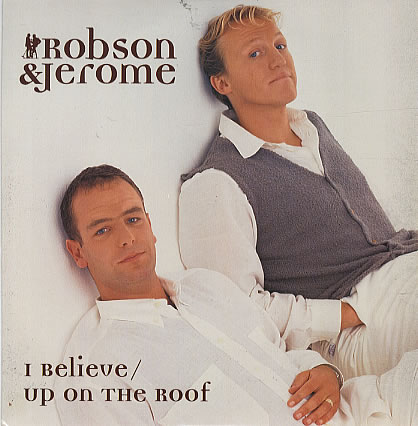 Recently, the web as been buzzing with a video of Maisie Williams (Arya Stark) flash mobbing. Before landing a nice litte side job on Game of Thrones, she had always wanted to be a dancer and never really thought much about acting. As a break/hip-hop dancer myself, I can tell you that the girl definitely has talent. Seeing that it was so popular among fans, I did some digging and found a few other videos of our favorite water dancer showing off her swagger.

If you’re an avid tweeter, you may have seen this creating a nice stir last week.The 15-year old actress even made it on USA Today’s website with this little gem. I actually saw it a while back and it’s pretty impressive. I’ve been around dance culture for a long time and I think she’s really good. I truly hope acting doesn’t stop her from continuing to dance. (Nice toprock at 2:45)

Now, I’ve been reading a lot of “OMG, you’re going to regret those pants!” comments. Well, I think they’re cool. She’s wearing parachute pants. Does no one remember the MC Hammer look from the 90’s? 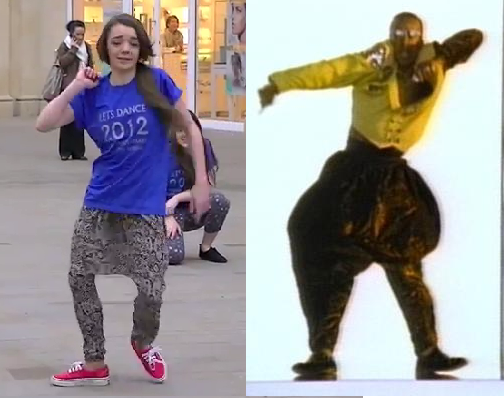 This was uploaded on the same YouTube channel that posted the flash mobbing video. The description mentions that Maisie and her partner choreographed this dance themselves. Much props goes out to them for that! (Sadly, this one doesn’t have audio)

One of my friends e-mailed me this a few weeks ago and it’s my favorite. Not sure where it came from, but it’s going way back! This is a dance group called the Champloo Youth Crew. Look for Maisie’s solo at the (3:33) mark. She looks so young! I love how they mix martial arts with dance moves. (I’m guessing this was pre-Thrones)

Again, not sure when or where this was shot. It’s a really good dance routine though and I suspect she choreographed this herself as well.

This may be a re-post, but the video deserves another look. Back in March Kit Harrington, Alfie Allen, Lena Headey and Emilia Clarkes got together for a photo shoot with Rolling Stone. It’s great to see such a friendly bond between the actors. The exchange between Lena and Emilia at the end makes me laugh every time I see it. “Duuude…that SUCKS!”

In addition, there is this post on our Facebook page: “Who Says Blondes Have All The Fun?”

Along with videos, here are a few pictures. Over at our Facebook page, we are constantly posting new and interesting things.  If you haven’t been there yet, check it out. Here’s one for this week:

“Everyone’s favorite character, right?  A role model for all of the children of Westeros!” 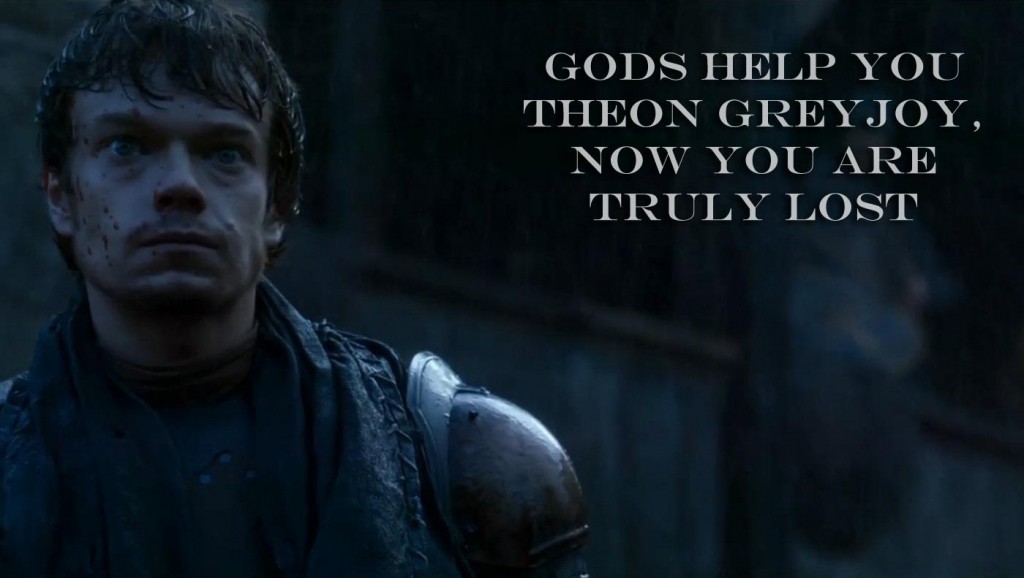 Image of the Week: Brienne and Renly 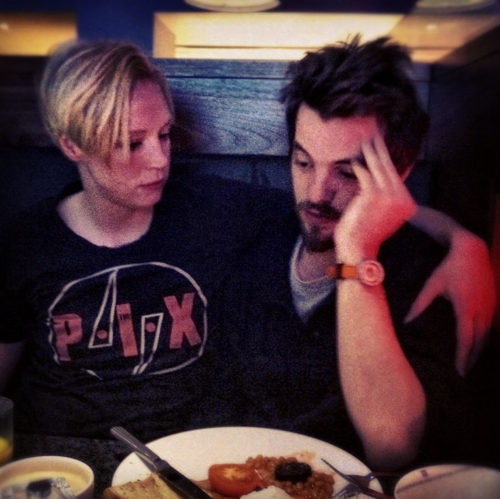 Anyone want to create a caption for this? Give me a good one in the comments and I’ll mention you next week.

Lastly, and most certainly not least, here is a reply tweet from Isaac Hempstead Wright, who plays Bran Stark. This is just too funny! (May the Gods help you if you don’t know who George is!)