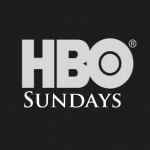 Everyone knows that the next round of original programming is coming our way starting Sunday, June 21. It all starts with TRUE DETECTIVES 8-episode second season. Following that show is an hour of comedy with Dwayne “The Rock” Johnson and Jack Black. Both actors star in their respective series from 10:00pm – 11:00pm ET. While we have been building up a bit of buzz about the moody troubled souls over on the detective series we thought it was time to give a little attention to BALLERS and THE BRINK as well.

We start off with BALLERS. Hey, there is not a shitload of videos to help this series along, what’s up? Guess you don’t need any or many when you got “the Rock” everywhere talking about the gig alongside his latest movie. Since there is not that many we will play the main trailer one… more…time.

Now I know others have been making this comparison, but it is dead on true and that is that BALLERS comes across a lot like ENTOURAGE. Hey, the same production company is even responsible (Stephen Levinson & Mark Wahlberg’s Leverage). Think about it. Instead of actors & agents doing their thing in mansions by the pretty babes we have football players and their advisors doing the same damn thing. Instead of focusing the story on an athlete (like they did with Vince in ENTOURAGE) the focus is on the agent or advisor. “The Rock’s” character is the Ari Gold of BALLERS. Hopefully this show is going to be creative enough to make it different though. Here is the second trailer released, not yet seen on HBOWatch. 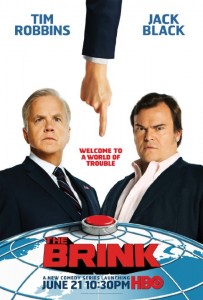 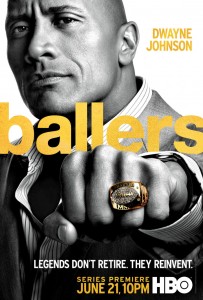 THE BRINK follows at 10:30 ET and there are a few clips we can share for this one. I guess HBO felt they needed a little extra buzz for this Robbins/Black comedy.

Let’s cool out jets with a more serious look at the series in this “Invitation to the Set.” They hit on a thought I liked – They love satire and they are fearless towards the extent they will go to play it out. Gotta love that.

There are a few more we could show and maybe we will in a future post, but we wrap up with this little clip.

HBOWATH is looking forward to the Sunday night comedies. We will not be, however, reviewing every episode every week. We do have writers though, lined up to give us their take of both BALLERS & THE BRINK in the months ahead. So have a laugh after TRUE DETECTIVE each week and check back here and join us in the conversation from time to time. It will be fun.