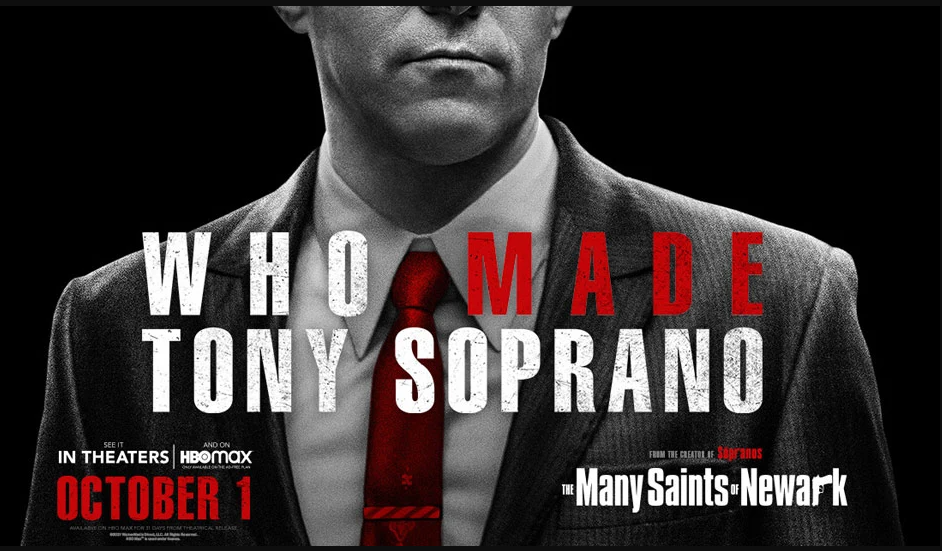 Before the tour de force Game of Thrones ended, there was an hour of HBO programming (years before GoT) that was said to be the end of an era upon its conclusion. A series that paved the way for anti-hero led series such as FX’s The Shield and AMC’s Mad Men and Breaking Bad. That series is David Chase’s The Sopranos. You can still find all six seasons on HBO & HBO Max. This week theater-bound audiences and HBOMAX subscribers were presented with The Many Saints of Newark, the feature length prequel to The Sopranos.  But is this a story that needed to be told?

Middle-aged Junior Soprano, Johnny Soprano, and Livia Soprano; young adult Paulie Walnuts, Silvio Dante, and Pussy Bonpensiero; and adolescent Anthony Soprano are noteworthy The Sopranos characters featured in this film. The actors and actresses portraying the younger version of such renowned characters mostly hit the mark, with the standouts being Ray Liotta and Michael Gandolfini. Michael’s portrayal of his late father James Gandolfini’s Anthony Soprano is mesmerizing. This is not a case of nepotism; Michael nailed the mannerisms and voice of his father’s most famous role.

***Spoilers ahead for the film and the series that preceded*** 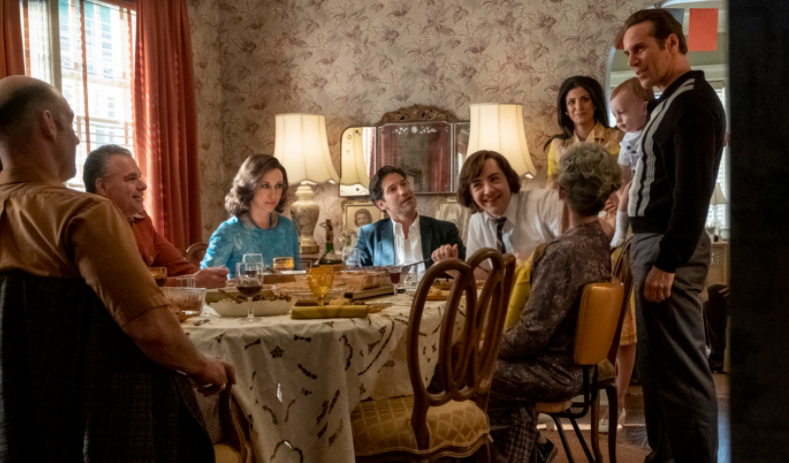 The Many Saints of Newark is directed by The Sopranos, Deadwood, and Game of Thrones alum Alan Taylor. Opening with a voice-over of a deceased Sopranos crew member ( one that I won’t spoil here, but a noted character for sure), we are thrust into the world of Richard ‘Dickie’ Moltisanti, whose surname means “many saints”. Dickie, the highly revered uncle of the infamous Anthony Soprano and the father of the tragic Christopher Moltisanti, is a soldier in the DiMeo crime family. Dickie executes a myriad of racketeering offenses for the crime family, with many of those operations being carried out by his associate Harold McBrayer (Leslie Odom, Jr.). Early on, Dickie underhandedly chastises his black subordinate for being too soft on a young man that owes a debt. Harold coldly executes the troubled youth when the young man is signing up for the Army to leave his violent surroundings. Harold begins to question his allegiance with his own race while following the orders of Italians. Dickie and Harold’s partnership further collapses after The Newark Race Riots, an actual event that further alienated a racially divided country. In the HBO series, I  recall an older black man telling Anthony that “in those days, we chose violence”.  The Many Saints of Newark features violent choice after violent choice; the criminal underworld is a vortex that prevents persons who can live civic, virtuous lives from escaping its evil habits.

During the riots, Dickie uses the situation as a cover for murdering his woman-beating father Dickie Moltisanti Sr. It was a running joke and story pinch in The Sopranos to blame minorities for hits and attempted hits on mob members. Here, Dickie burns the corpse of his father and has everyone believing that he was caught up in the carnage of the uprising. Meanwhile, Harold is enticed by the prospect of being his own boss after hearing a motivational speech by black panther members. However, Harold is most enticed by Giuseppina Moltisanti (Michela De Rossi) the widow of Dickie Sr. Giuseppina is now the mistress of Dickie, but has a short but steamy and dangerous affair with Harold. But back to the violent choices. Dickie and Harold assassinate associates and soldiers respectively on each other’s sides. We see a root canal with a pneumatic lug nut gun and a shootout that leaves a mob soldier without the option to have an open-casket funeral. With 30 minutes remaining in the film, this intense story arc between the two subsides. The Newark Riots were marketed as a major backdrop to the story but ultimately was an axiom into a brutal but short feud. 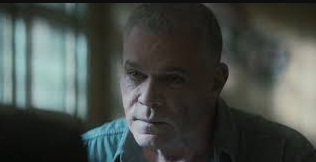 Dispersed between the Dickie-Harold feud is the upbringing of Anthony Soprano, a nephew-by-marriage of Dickie’s. Young Tony is ambitious and quite intelligent, despite being a mediocre troubled student.  We get glimpses of his tumultuous relationship with his mother Livia (Vera Farmiga, Nancy Marchand in the series if you remember). Livia is outspoken and no pushover, but her submissiveness to husband Johnny Soprano (Jon Berenthal), makes her increasingly distant from her children. As Anthony grows in height, his hubris and propensity for illegal acts grow. As much as he yearns for attention and support from his parents, he idolizes Uncle Dickie. A guilt-ridden Dickie visits his father’s twin brother Salvatore in prison. Dickie Sr. and Salvatore were expertly portrayed by veteran actor Ray Liotta. During each visit, Salvatore tells his nephew that he is in prison due to his own actions and deserves to be incarcerated until his death. Knowing that his nephew will never leave the mafia life, he lovingly but sternly tells Dickie to stay out of Anthony’s life. There is no need for another incidental acquiring of promising youth to the criminal underworld. We already know how well that turned out.

Viewers of the original series know that Dickie was assassinated by an unidentified assailant. In this film, don’t know who pulled the trigger, but we are shown who ordered the hit. And let’s say it was not the main thorn in the side of the deceased. With Dickie departed, Anthony Soprano could have concentrated on his studies and football ambitions. But he chose the route that would be met with violence, a moment cemented when Anthony is at Dickie’s wake. 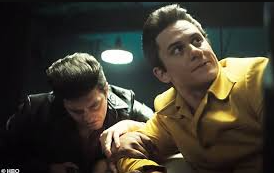 Throughout the film, Sopranos easter eggs are sprinkled through the dialogue and images. We see wise guys hanging outside of Saltriale’s Pork Store and Junior Soprano making the comment “he does not have the makings of a varsity athlete”, a quip that nearly made Anthony Soprano fight his elderly uncle on numerous occasions. These are happenings are important and entertaining. Yet seeing the acquiring of Saltriale’s from a debt owed by Saltriale to Johnny Soprano would have been more fitting; for Saltriale’s was later used as a front business by Tony, and even a body disposal ground. Exploring the hurt of the varsity athlete quip and the relationship with his mother could have provided greater insight into why Anthony suffered persistent panic attacks in the series.

Across professional media platforms and fan interaction, The Many Saints of Newark has produced a mixed bag of reactions.  In a particularly harsh review from Rogerebert.com, Glenn Kenny wrote:  The movie’s flabbiness, its unfocused flopping from scene to scene, its disinclination to provide any individual scene with any dimension beyond its immediate impact, practically vitiates the entire theme of Dickie’s ostensible mentorship of Tony Soprano.  Conversely,  Adam Gram of Detroit News says The storytelling is rich and intoxicating, the performances are authentic and lived in and it’s a treat to be back inside the world of creator David Chase. For this reviewer, the film was a decent entry into HBO’s film programming, but I concur that the movie is more episodic than a film with an actual story arc. Perhaps the episodic approach was the intent of writer David Chase; aiming to satisfy an audience who grew to love a mafia tale over seasons.

Yet, HBO films have never been on par with its sublime original series and limited series. So the verdict is, as our mafioso friends often say, “it is what it is”. But what do you think? We’d love to hear your comments.